Lauds work vs. Browns, but says he is still learning

One of the major factors that limits the snaps played by a young running back in the NFL is pass protection. Such has been the case for New York Giants’ rookie Paul Perkins this season.

Perkins, though, has seen increased playing time in recent weeks. Given an opportunity this week to discuss the young back’s progress in pass protection, Giants’ offensive coordinator Mike Sullivan leapt at the chance.

“There's the question of the day right there. Paul Perkins was phenomenal. Hopefully this doesn't get blown out of proportion, that we're putting him in Canton, Ohio. There were two specific clips that Paul Perkins was against a heck of player. That Jamie Collins is a load and he matched up well. He did an excellent job in blocking his man and he continues to get better and better.”

Here is one of those blitz pickups vs. Collins.

Paul Perkins played a lot early in this game...here is why: pic.twitter.com/SPTy9IQMAW

That’s a far cry from a Week 4 game against the Minnesota Vikings when Perkins whiffed against Vikings’ linebacker Anthony Barr on one play and was overpowered on another.

“Obviously, he's got some ways to go in all areas but to answer your question, he did an excellent job there and so now it's just a matter of what he knows, who to block, that's great, but we still have a couple of instances where he has some uncertainty and Eli has to direct him a little bit too much,” Sullivan said. “He's working on it, he did a good job this week, and that's a huge part as we've said before, in terms of the willingness, the ability, and the knowledge of the pass protection in addition to catching some great passes.”

Sullivan talked about how the learning curve for a back goes far beyond simply carrying or catching the ball.

“I think anyone that has that combination of his vision, the ability that he has a runner, that's going to cause coaches to want to get him on the field. His hands, his ability to catch a football,” Sullivan said. “But the biggest, I think, nowadays, is that it's maybe a little different then it was 5-7 years ago, is pass protection and just because what teams need to do now offensively, in terms of formation. And then you add some of the tempo calls, and no-huddle, and all of those things, the guys really have to be on his game and not just be willing and have the ability, as we mentioned, but also have the knowledge of how to pass block.”

Here are a few other takeaways from Sullivan. 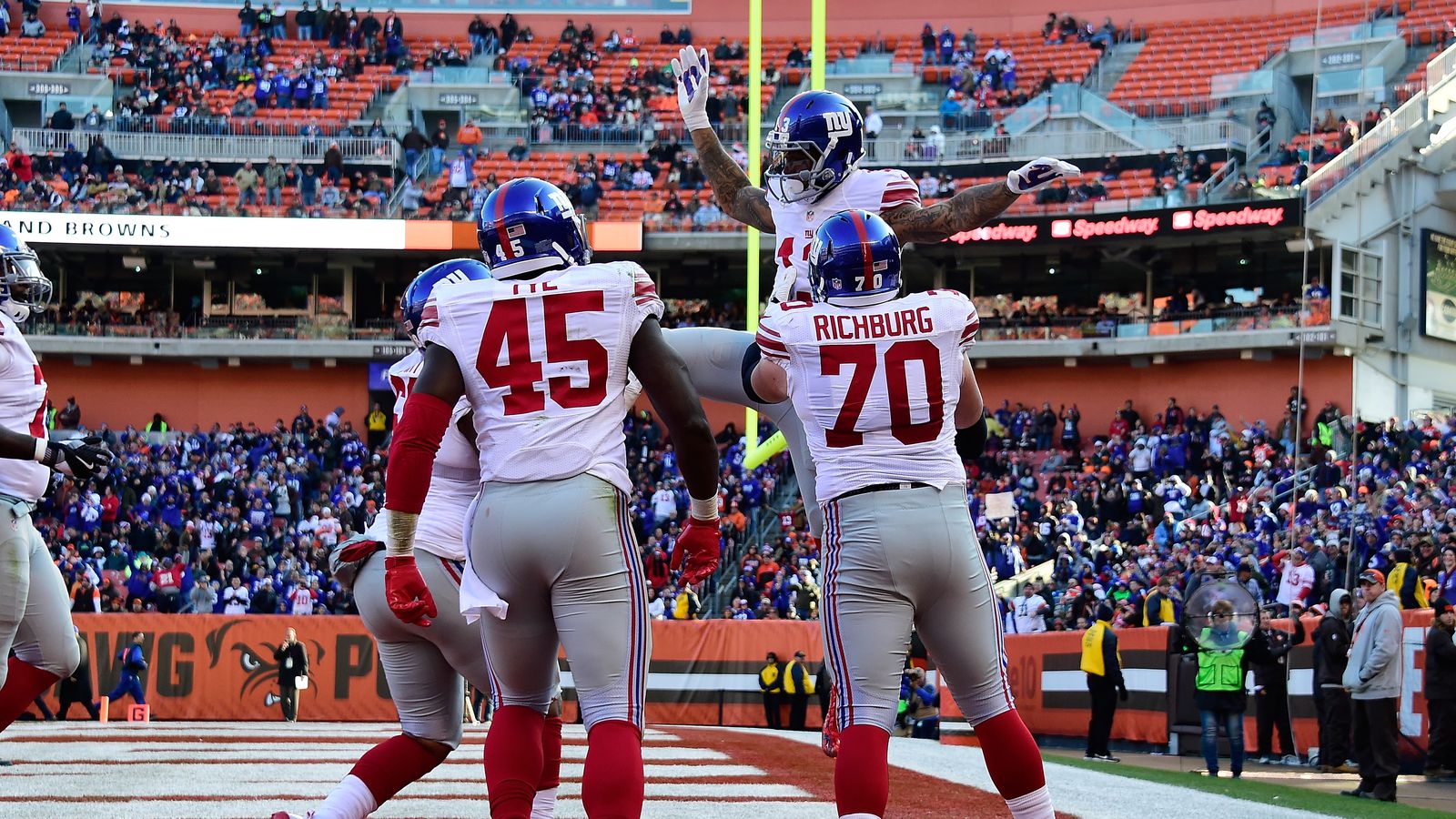 On the possibility of Odell Beckham Jr. returning punts ...

“He's obviously, as well all know, a heck of a player, and a lot of good things happen when the ball is in his hands. So, if the decision is made, hopefully that turns out well for us and we're excited. We'll have to wait and see. I don't know if any decision has been made as far as whether he's going to do that or not. Obviously, he's a special talent and the more opportunities he has to touch the ball, that bodes well for us.”

On why the Giants didn’t use the power formation with two tight ends in the backfield more often last weekend ...

“I think there's a bunch of factors that come into play in terms of that, in terms of what type of plan that we had for that particular package and then also, how much of a sense, defensively, what we anticipate seeing them do from a scheme standpoint, from a physical, match-up standpoint. If it's to our advantage and we feel that we can use it, we certainly would like to use it more often, it just kind of, one of those things that, as the game unfolds, teams have tended to play us differently or accentuate certain things from a cover standpoint. With regard to trying to do what they can to handle number 13, that is a factor that comes into play. Always try to put him in position to put the ball in his hands and yet, still have some of that balance from a run game standpoint.”

On why Beckham was targeted so often early against the Cleveland Browns ...

“How much of it was scheme? Every time we get a target to Odell, it's scheme. Every possible way we can get him the ball is scheme and we are trying like crazy to get number 13. News flash, 13 gets the ball, we're a better offense. ... We're always trying to find ways to get him involved and look at different ways. Not just how he matches versus the coverage, but we can get him in different spots in the formation, not just always number one or number two and in the slot.”