Giants at Steelers: When the Giants have the ball

How does the Giants’ offense match up with the Steelers’ defense?

Share All sharing options for: Giants at Steelers: When the Giants have the ball

Will the New York Giants’ offense ever resemble the explosive, high-scoring unit it was expected to be when the season began? The Giants are 21st in points per game and have yet to crack the 30-point barrier this season.

“I think that we can definitely put some things together this week to create that high-powered offense,” said wide receiver Victor Cruz.

Can they? Let’s take a look at how the Giants’ offense matches up with the Pittsburgh Steelers’ defense.

If the Giants are ever going to be the offense the names on the backs of some of the jerseys indicate they can, or should, be they have to learn to get out of their own way. The Giants rank 31st in the league in time of possession (26:54). To improve that, and to score more points, three things need to happen. 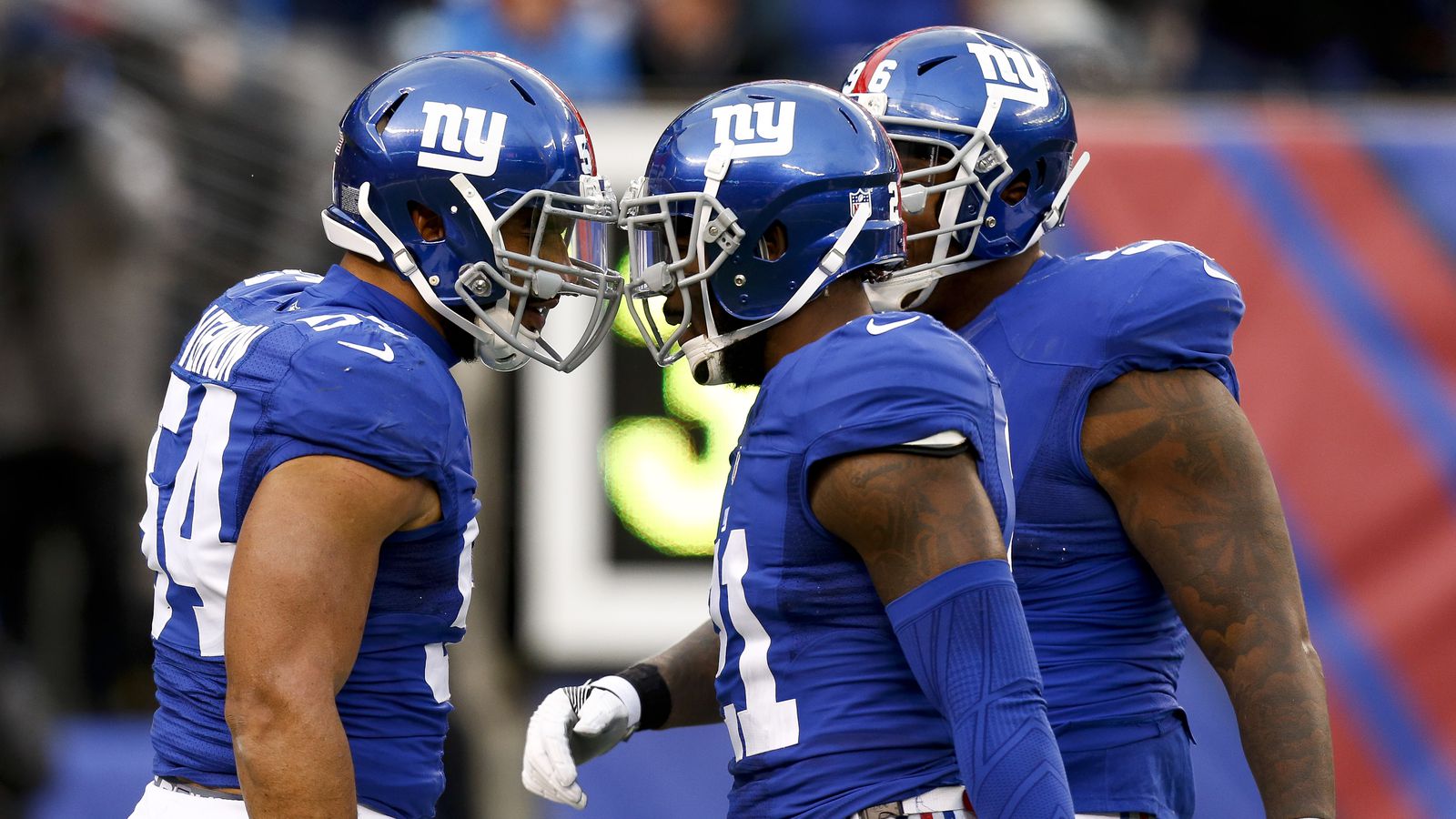 Giants at Steelers: Can the Giants’ defense keep rolling?

The Giants have ridden their defense to a six-game winning streak. Can they make it seven against the Steelers?

The Giants have run the ball better in recent weeks, rushing 100 yards in each of their last three games. By no means, though, have they been dynamic, and there are still many negative plays. Against the Cleveland Browns the Giants had four runs that went for either no gain or negative yardage. That does not count the lone sack of quarterback Eli Manning.

The Giants have to do a better job of not going backwards when they use the running game on early downs. Even if they only gain two or three yards, there is a huge difference between second-and 8 or second-and-12.

If, however, you are going to win critical games against good teams you have to take advantage of your opportunities. You can’t overthrow or underthrow wide open receivers headed for touchdowns, or at least big plays that could set up scoring chances. You can’t drop passes. The Giants have dropped 17, only four fewer than the Detroit Lions, who have a league-worst 21 drops. You can’t miss extra points. Robbie Gould has missed three in two weeks.

The Giants are scoring touchdowns on 60.7 percent of their red zone opportunities, 13th in the league. The problem is they are 29th in the league in terms of how often they reach the red zone, getting their only 2.5 times per game.

There are two types of drive-killers I am thinking of here — penalties and turnovers.

The Giants have been good in this category most of the season. Really good, in fact. They have 62 accepted penalties, tied for fewest in the league with the Houston Texans.

Sometimes, though, it’s when you get those penalties that really hurts.

Against the Browns last week the Giants had back-to-back penalties that killed a terrific scoring opportunity. A holding penalty on Ereck Flowers negated a 19-yard pass to Paul Perkins after the Giants had taken possession at midfield. Bobby Hart followed that up with a false start. So, instead of a first down at the Cleveland 31-yard line the Giants had first-and-25 and their own 35-yard line. They ended up punting.

Of course, it also doesn’t help when you have a punt return for a score wiped out by a holding penalty.

The Giants have been better in this department the past two weeks, with their only turnover coming on a muffed punt by Bobby Rainey. They are still, however, tied for 23rd in the league with a takeaway/giveaway ratio of -5. Only six teams have more than the Giants’ 19 giveaways. Obviously, you can’t score when you can’t possess the ball. 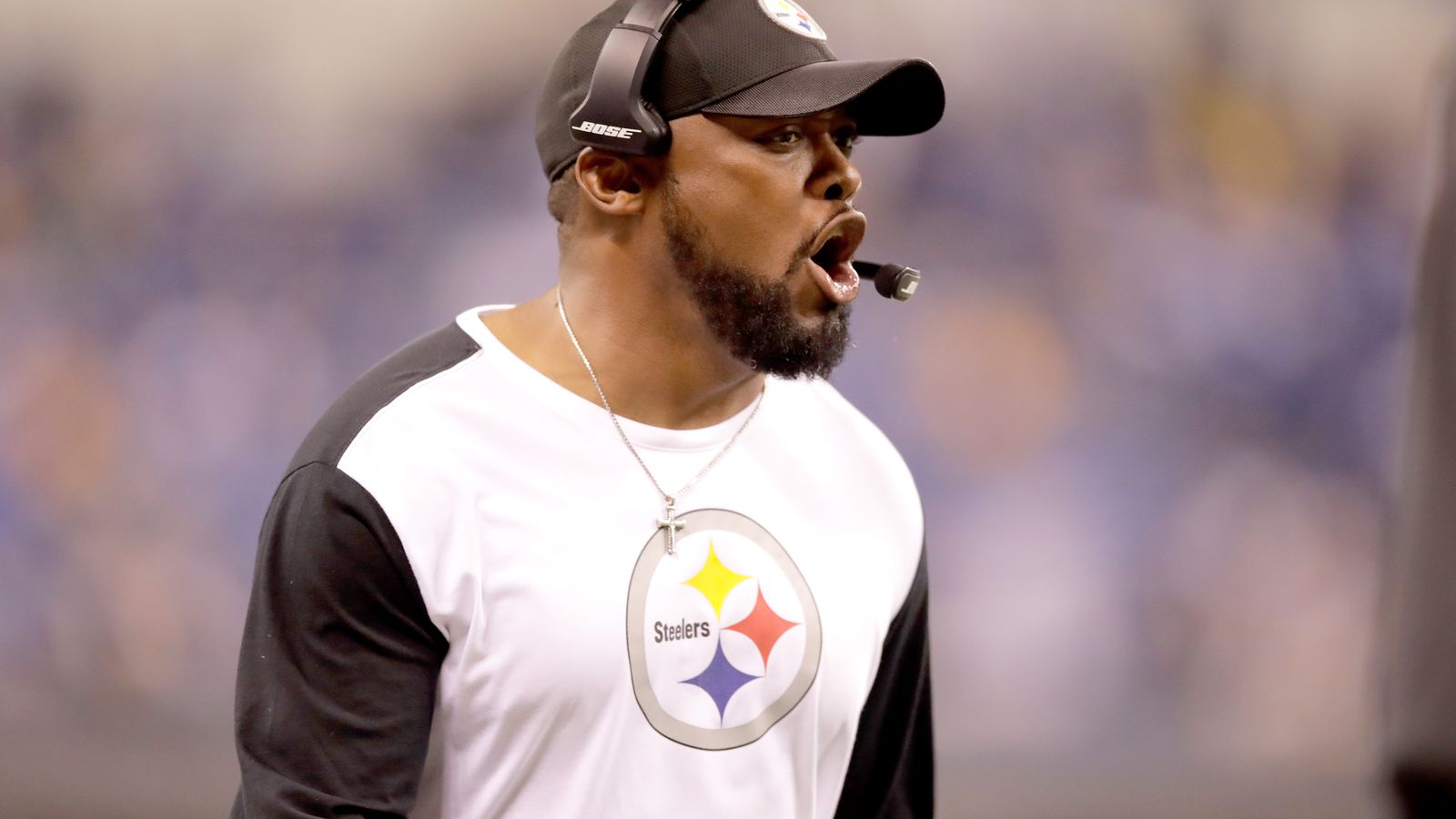 This is not the dominant Steeler defense you remember. That doesn’t mean it’s a bad defense, it is just different. This Steeler defense is a middle of the pack group statistically that features a number of young players.

Yes, there are veterans like 38-year-old James Harrison and 30-year-old Lawrence Timmons. But, youth rules the day.

Here is what Jeff Hartman of Behind The Steel Curtain told us about the Pittsburgh defense:

“The Steelers don't have a dominating defense anymore. What they thrive on is the bend, but don't break style of defense. They surrender a lot of yards, mainly through the air, but have been a really good red-zone defense the past two seasons (which points to their solid points per game average). The days of the stifling defense with Troy Polamalu, Joey Porter and James Farrior are gone, but this defense is growing. They are extremely fast, athletic and hard hitting.”

The Giants are 13th in the league in red zone efficiency, scoring touchdowns 60.7 percent of the time they get there. In the last three weeks the Giants have gone 8-for-8, getting a touchdown every time they have reached the red zone. The Steelers have the best red zone defense in the league, giving up touchdowns only 42.7 percent of the time. Thus, which team continues its success in that area of the field will be critical to Sunday’s outcome.