Allowing Odell Beckham Jr. to return punts is a high-risk, high-reward proposition for the New York Giants. The potential reward was obvious last Sunday when Beckham had two long returns, one a 59-yarder for a touchdown, negated by penalties. The risk, of course, is getting their best player injured.

Beckham isn’t worried about the risk.

“You could do that [get hurt] playing football or crossing the street. It’s part of life. I don’t really worry about being hurt at all. It’s in God’s hands,” Beckham said on Wednesday. “I put the best preparation in my body that I can and take care of it the best that I can in order to go out there and not get hurt. Me being back there on punt return, getting hurt or anything like that is not really something I’m worried about. It can happen any play.”

Whether Beckham gets more opportunities to return punts is not something coach Ben McAdoo was willing to commit to earlier this week. Beckham, though, would relish the chance.

“Hopefully we get another chance to run some back. It’s something I’ve been doing pretty much all my life. I’ve done punt return and kick return. It’s just what it is. It’s just another opportunity. They punt it and that ball is going straight to you. Your teammates are out there making the blocks. You just have to make cuts off of them,” Beckham said. “I think it gets you going on offense. You get an opportunity to catch a ball and put one in your hands. Run, hopefully you don’t get hit but you get an opportunity to get tackled. It’s a lot of fun. It’s something that I do enjoy. Hopefully I can help this team out in that way or whatever way I can.” 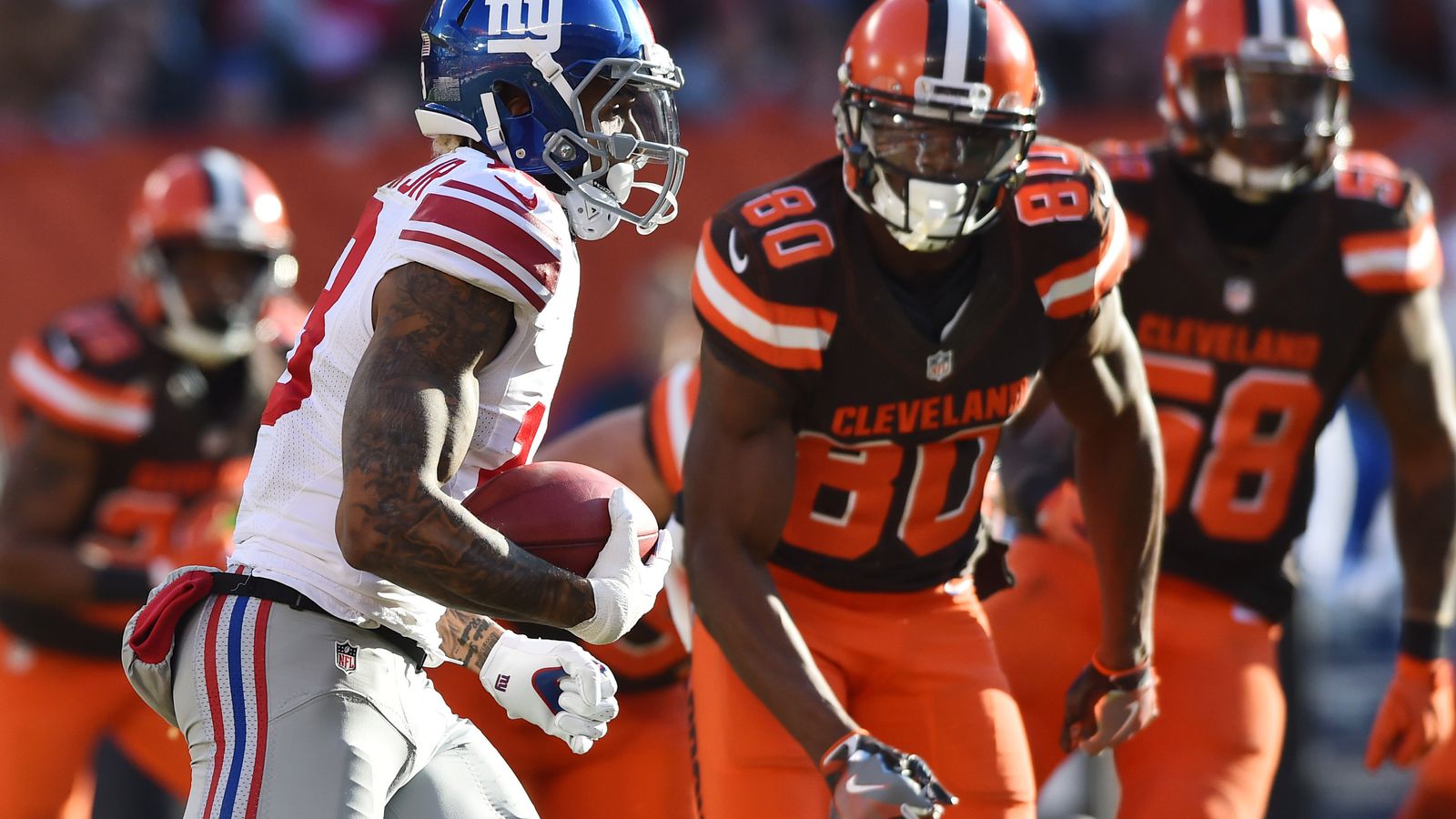 Let us know what you think by voting in the poll.

On playing against Antonio Brown ...

“This is definitely a game where I’m going to be standing up watching this guy. I love him like a brother. We trained in the offseason together. He pretty much works for everything he has. He does that every single day. Work ethic is unreal. I just want to see him. This is the first time I actually get to watch him live. Not on tape or anything like that. Just to see him lined up, I’m excited about it. ...

“I think we both like to score and we like to have fun. We like to enjoy it out there. You work really hard. I don’t think people really take in what you sacrifice each and every day to go out there and play for just 60 minutes. That’s really all you get and you don’t even get that. Like to enjoy it and have fun. I definitely think there are similarities in our game though. I watch a lot of film on him and probably stole a lot of stuff from him to make it my own.”

On having friends like Brown, LeBron James and Von Miller ...

“I feel like you are who you hang around with, in a sense. If you hang around people who have the same mindset, goals and focus as you, it makes it a lot easier for you to stay on track in what you want to do and what you want to accomplish. The guys like Von. I’d put Von and AB, we’re all in the same group. We love to kill it when we get on the field but most importantly we like to enjoy life, have fun, dance and do all of that. It’s cool to be around those guys. Me being the young guy, to be able to learn something from them. The trials and tribulations they’ve been through. Just their ups and downs and knowing their whole story.”

“Not really much you could do at this point in time. You have to just play with it. It happened to me in college and high school. I think in a sense it doesn’t really hurt me because now I have to focus more on catching the ball. I have to really lock in and focus on where I’m placing my hands. ... Every time it hits there [it hurts]. In the game, I was going down to the ground and I had my hand over the ball. They tried to rip the ball and just ripped straight thumb. It doesn’t feel good. I don’t think you really notice how much your thumb bumps into stuff or gives out of its movement until you have one that’s hurt and you bump it into a table. It’ll be alright. Hopefully it doesn’t affect me too much.”

With a hat tip to the Giants’ PR Department for providing the data, Beckham is chasing a number of receiving records as the 2016 NFL season heads into the stretch run.