Giants 17, Lions 6: What did we learn? Giants feel fine, that’s what

Giants feeling like a championship-caliber team, and other things we learned on Sunday

Share All sharing options for: Giants 17, Lions 6: What did we learn? Giants feel fine, that’s what

EAST RUTHERFORD, N.J. — The New York Giants have not clinched a playoff berth yet. They can do that with a victory Thursday night over the Philadelphia Eagles. After Sunday’s 17-6 victory over the Detroit Lions, though, it was obvious that the Giants already feel like a winner.

The Giants are 10-4 and have now won eight of nine.

"You're right where you want to be,” said Dominique Rodgers-Cromartie. “You have an opportunity to play in postseason, but the main this is you gotta go out there and finish this season to get where you want to go. It's very exciting because you're winning games in the fourth quarter."

For guard Justin Pugh, this is the first time in his four seasons with the Giants that he has participated in a meaningful game toward the end of the regular season.

"I haven't played a meaningful game here in my career. To play in a game like this, playoff atmosphere, the fans were unbelievable ... it's exciting."

Let’s see what else we learned on Sunday. 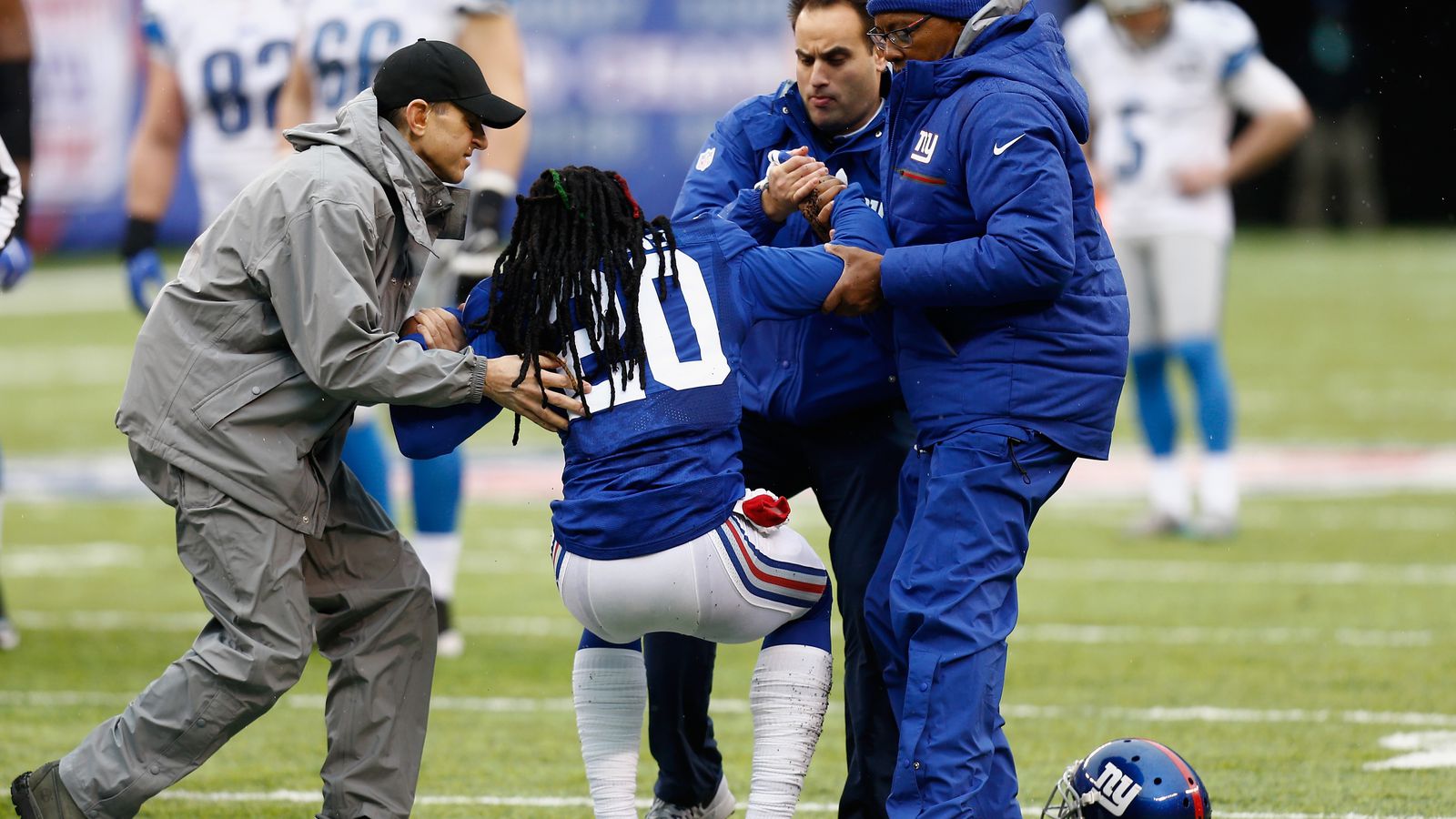 Giants’ injury news: Janoris Jenkins headed for MRI on back

Jenkins has been one of league’s best corners

The salsa just wasn’t meant to be

Victor Cruz did get to salsa at MetLife Stadium on Sunday for the only time this season. Unfortunately, it didn’t count. Cruz recovered a second-quarter fumble by Shane Vereen in the end zone for an apparent touchdown and did a salsa. Unfortunately, the play was wiped out by a penalty on offensive lineman Bobby Hart.

Cruz, in what might have been his final game at MetLife as a Giant, had one catch in two targets for 29 yards.

The kickoff out of bounds rule has a weird quirk

The second half started with a very odd play. Giants’ placekicker Robbie Gould angled a short kick toward the corner, hoping to pin Detroit deep in its own end. The ball hit the ground inside the 10-yard line. Lions’ return man Andre Roberts attempted to cover the ball at the 9-yard line and stepped out of bounds in doing so. By a very odd quirk of the rule, even though the ball itself was in bounds, that made it a kick out of bounds and Detroit got the ball at the 40-yard line. That was a 31-yard swing in field position and helped Detroit to a field goal. 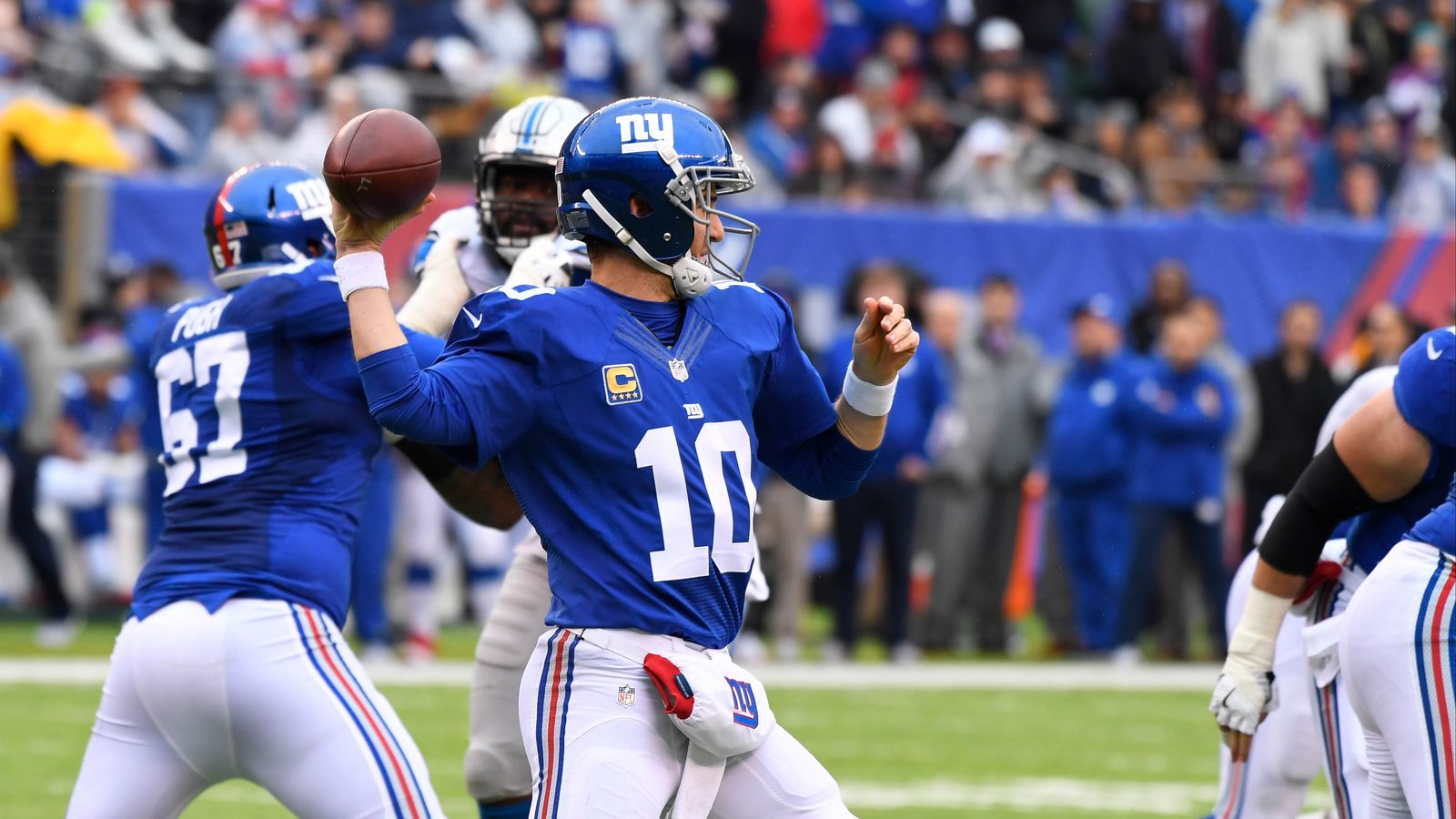 Who were the big winner, and loser, in the Giants win over the Lions?

Justin Pugh was lookin’ good ... and he knew it

We have already mentioned Pugh, playing in his first game back since suffering a knee injury Week 9. Chris named Pugh his “winner” for the Giants on Sunday.

Pugh said afterwards he was so excited he couldn’t sleep Saturday night.

Pugh then added the quote of the day:

"It was fun for me to be out there. My knee felt great, mustache looks great, so all in all it was a good day.”

DRC still has some wheels

Dominique Rodgers-Cromartie is 30 now, the age when NFL players like him who rely on their speed and athleticism are considered to be on the down side of their careers. Sunday afternoon, though, DRC showed he still has some serious wheels when he needs them.

Rodgers-Cromartie made a bad mistake early in the second quarter, allowing Detroit wide receiver Golden Tate to get behind him for what looked like it would be a sure touchdown. DRC, though, had other ideas, running Tate down from behind and tripping him up at the Giants’ 11-yard line.

"It was definitely a mistake made by me,” Rodgers-Cromartie said. “I felt like I was the only person that could right that wrong and I just went all out to try to go get him."

DRC’s hustle was rewarded on the next play when Detroit running back Zach Zenner fumbled after a hit by Leon Hall, with the ball being recovered in the end zone by Olivier Vernon. It was a play that changed the complexion of the game.

"You gotta give yourself a chance to play the next play,” DRC said “You never know what's going to happen and we got the turnover, which was kind of a relief and a difference-maker in the game."