For Giants’ Ereck Flowers, the song remains the same

Share All sharing options for: For Giants’ Ereck Flowers, the song remains the same

Each week, a handful of New York Giants assistant coaches are made available to the media. This week, it just so happened that if was offensive line coach Mike Solari’s turn. Solari, of course, was peppered with questions about the inconsistent second-year left tackle Ereck Flowers.

Reading through the text of Solari’s remarks, I couldn’t help but get the eerie feeling that I had heard basically the same comments a year ago from Solari’s predecessor, Pat Flaherty. So, I went back and checked.

"I really like his attitude, his play strength, he wants to be a tackle in the NFL. His technique was something that we knew needed to get better. I think you see flashes of his technique. As a coach, I don't see enough of it yet, but that's coaching more than playing and he's got to learn to trust the NFL technique," Flaherty said earlier this week. "It's really difficult for a young player when he gets in -- he'll do it in practice, he works hard at it in practice, he's the kind of guy you love to coach, but when you get into a game situation, a lot of times the young players revert back to what they've been doing.”

Now, here is Solari on Friday:

“He's coming along. He had a tough game last week and he goes, usually, against the best pass rushers on the team. Whether it was a couple of weeks ago with Harrison or last week and this week we've got another big challenge with Ezekiel Ansah, really an outstanding pass rusher. Again, it's a work in progress, Ereck's working hard in practice, trying to develop the techniques, it's just a matter of taking the techniques he's working on in practice and taking it to take the game.

“it takes time. As a coach you never have time but the thing is, it's a matter of trusting your techniques and what happens is, when you're going against a real outstanding defensive end, sometimes you don't trust your techniques so you don't rely on it, you don't have that confidence in it. That's what Ereck’s working hard at and it's coming along.” 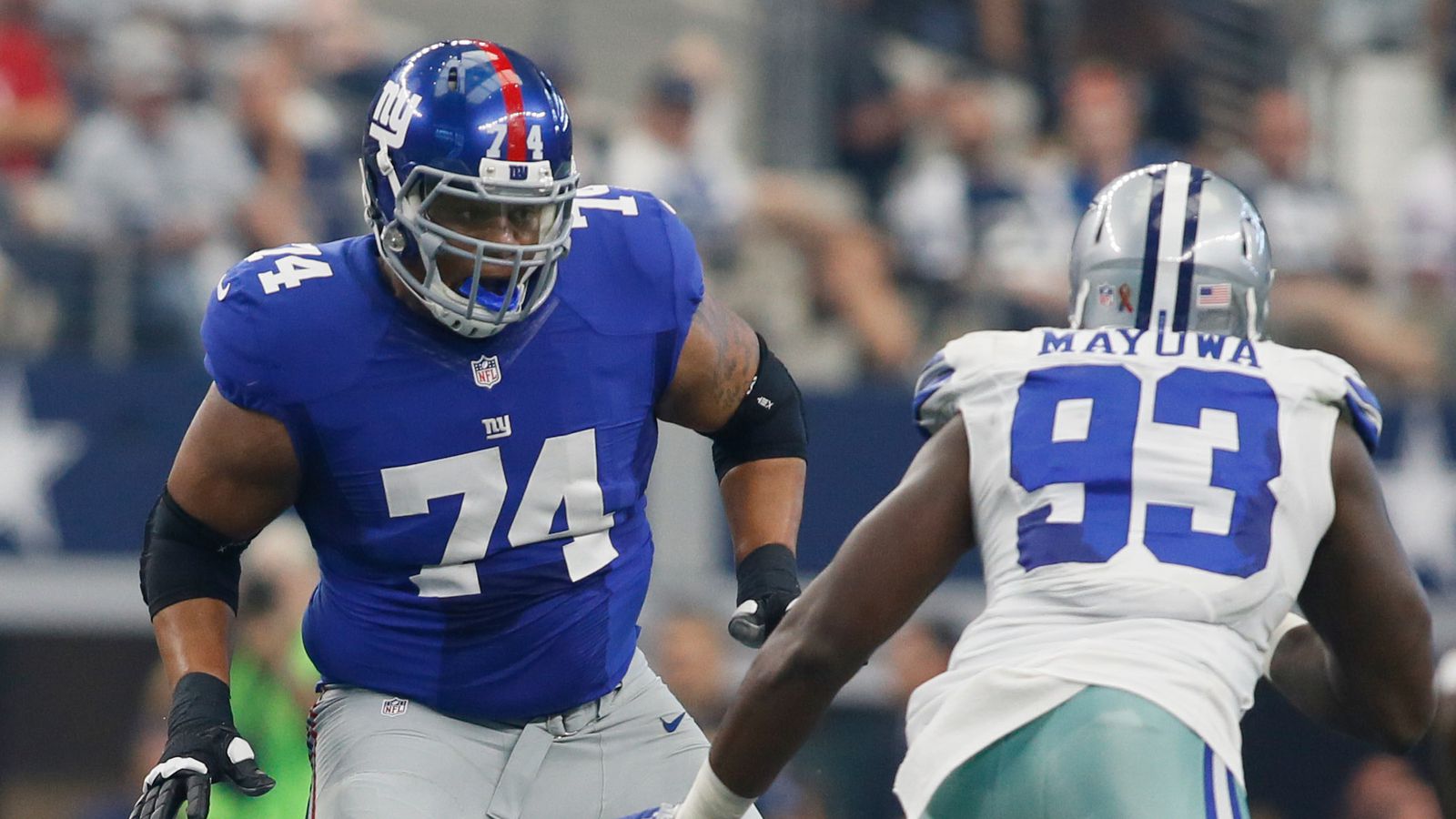 Spotlight on Ereck Flowers: What to make of Flowers’ game against Dallas

Have fans rushed to judgment on the second-year left tackle?

Basically, slightly more than a year apart, the two veteran offensive line coaches said the same thing about the 2015 first-round pick. He’s working at it, but he has yet to learn to TRUST ... HIS ... TECHNIQUE.

Solari said that benching Flowers, even for a series in some type of an effort to send him a message, isn’t going to help him.

“I have no thought on that in the sense that, no I don't believe in that,” Solari said. “I believe, again, he's got to keep rolling, he's got to gain confidence and he's got to trust his techniques.”

With two coaches in two years and signs of the same issues, some may wonder if Flowers works hard enough at his craft. I have no evidence that proves he does, or does not. Solari isn’t buying that Flowers doesn’t want to get better.

“It's important to him, absolutely. It's very important to Ereck,” Solari said. “He works on the sideline, he's communicating and he wants to look at the IPad and see where he can get better. It is important to Ereck. He's come along as a young player. I truly believe we'll see Ereck Flowers get better. He's got another big challenge this week, this young man coming in is a very talented pass rusher.”