Offensive linemen have a tough job that gets little credit. Have you ever had a teacher who maybe isn't a little sure about what they're teaching? The kind that reads directly from the textbook a little too much and when asked a question, just defers to said textbook word-for-word. Today, I'm going to try really hard to not do that, but at the same time, talk about offensive lines.

When the casual fan looks at the offensive line, they see five big guys in pads. They move about and try to keep the defense from hitting their quarterback or running back. While it may look like they're all doing the same job, in fact, they each bring a diverse set of skills to the play. Let's take a look at the individual positions. 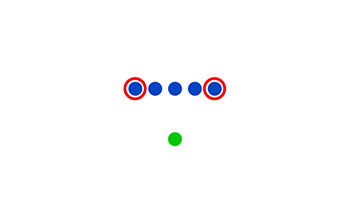 The offensive tackles are the two outer players that line up on each end of the line. The tackles are generally the tallest players on a roster, coming in at 6-foot-5 or more and average weight of 310-330 pounds. These linemen often wear their weight a bit better than their interior counterparts, with long limbs and a leaner torso. You have a left-tackle and a right-tackle, and what they are required to do on a given play is often very different. With an increasing number of pass plays occurring in each game, the positions have gotten closer and closer in terms of what is required, but as a general rule, you put your best pass-protector on the left side, and your best run-blocker on the right. This is a rough starting point for building an offensive line, and yes there are nuances that go into the decision, but it's a good rule. These are the two players to the left and right of the center. Guards are often shorter and heavier and deal primarily with defensive tackles, who are also usually shorter and heavier than their edge counterparts. The reasoning here is that the interior trench battle is based more on power than precision. Defensive tackles are large because they need to plug holes. Offensive guards are large because they need to take on defensive tackles. It's very much a punch and counter-punch scenario. Occasionally, players that struggle to play offensive tackle at a high level will switch to guard where there the tighter space produces more room for error. This is the guy who lines up in the middle and snaps the ball to the quarterback. This is also usually the player who has to identify any protection issues pre-snap. You will often see this player signaling at various defensive players before he gets fully set in his stance for the play. Centers are one of the more intelligent position groups in football because of the mental aspect of their game. Misdiagnosing a defense could put one of your own linemen up against two or even three defenders, and potentially lead to a catastrophic failure on offense. The commentators may point to a tackle or guard as having made a mistake or given up a sack when really everybody in the huddle knows the center did a poor job with the pre-snap identification. With an influx of young run-and-gun QBs in today's game, a trustworthy and capable center becomes invaluable.

There are two main forms of blocking that NFL teams run. Every team runs a combination of both during pretty much every game, but some skew heavily towards one way or the other, and some player types work better in one than the other. Most teams run a strong bias towards one style with their running game, and mixes things up in pass protection. Regardless of what team you're playing or who you play for, every lineman needs to understand both.

This scheme is exactly what it sounds like. You assign one blocker to one defender, and you go to work. The key element here is that the offense wants to make the first move. It's up to the linemen here to engage the defender they want to block because defenders will expose a passive approach and shoot through a gap to get into the backfield. It's up to the offense to force the play into developing the way they need it to go rather than letting the defense dictate what happens. 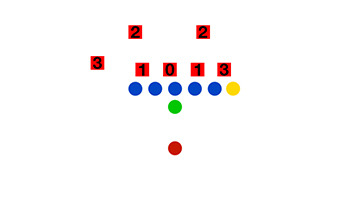 The center is a key player in man blocking because he identifies any possible double teams that may be needed, and diagnosing potential extra defenders who may attempt a blitz. The QB and the center will be very vocal and communicate back and forth to each other and the linemen about what to expect and what to execute. 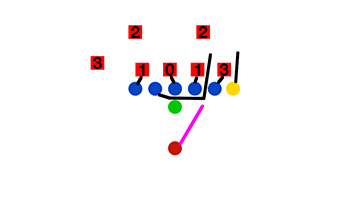 In the running game, this is difficult, because it's not as simple as blocking who is in front of you. A lot of man-blocking run plays use a numbering system to identify their designated man. The numbering works from the middle out (much like gaps, more on that later), so the player closest to the center would be zero. The guard may be looking to block Player Zero, Player One, or Player Two, and uses the playcall combined with any suggestions and adjustments called at the line to choose his player. This is how you avoid having three players go for one guy while everyone else runs past them. It's also why communicating possible blitzes and defender movement is so important. In the play illustrated above, the guard moves across the back of the formation once the ball is snapped and acts as a lead blocker for the running back. This is a common power running play and the guard's action is called "pulling." The passing game is a little easier. Yes, you still engage the other team, but it is a little bit more like just getting the guy across from you, helping out a teammate if there's nobody to engage, and watching for blitzers. Obviously, there is a high level of detail to the NFL-caliber systems you see on display every Sunday, but for the purposes of this article, that's how man blocking works.

Former offensive line coach Alex Gibbs created the zone blocking scheme (ZBS) during his time with the Denver Broncos in the mid-1990s. The easiest way to recognize ZBS is that it will move laterally, as opposed to man-blocking which engages the defense vertically. It's subtle, but you'll see it. Where linemen in a man-blocking scheme identify and target specific defenders during run plays, linemen in a ZBS  move in unison and take on defenders as they cross paths. Linemen don't block who is across from them or a designated target, they shift in one direction together and block whoever comes into their zone.

Not only does this do away with the necessity for major pre-snap communication, it neutralizes the defensive shifts and trickery on the other side too. Decisions are made as the play unfolds. The line takes one step in the direction of the play, and then connects with the defense, who have now just played their hand and are pursuing the angles they planned. Think of ZBS as your enemy going to punch you in the face, but you step to the side, they miss, and you hit them in the kidneys instead. ZBS linemen are nimble and generally lighter than players who primarily man-block. The line is always moving in the direction of the run, and thus, they need to be light on their feet - not a trait usually associated with people who way more than 300 pounds. ZBS-heavy teams will favor linemen with quickness and pursuit capability, even at the expense of key measurements like height. Like all things in football, this desire for ZBS-friendly linemen has its benefits and drawbacks. Yes, it's easier to get undersized players in later rounds of the NFL Draft, but filling roster holes in free agency means you're drawing from a restricted talent pool. In terms of pass-protection, ZBS is primarily a running game concept. There is a zone style of keeping your QB upright, which teams combine with man-based protections, but it's not a mandatory part of the concepts used by Gibbs to run the Broncos into the history books. In zone-based protection, it's about managing gaps. The lineman is responsible for the gap to his left or right (or sometimes if he's good enough, both), and the line works together as a wall against the defense. The main issue here is that defenses regularly send two players into the same gap, hoping that the line is employing this exact concept.