Is it time to panic? Give up on Ereck Flowers? Can the offense be fixed?

Share All sharing options for: Five things I think I think about the 8-4 New York Giants

The New York Giants have four games left to prove Sunday’s loss was a blip on the radar and not a harbinger of a coming late-season collapse. Here are “Five Things I Think I Think” about the Giants as that season-defining stretch arrives.

It’s NOT time to panic

The Giants lost one game after a six-game winning streak. They are 8-4. They hold the No. 5 seed in the NFC with four weeks remaining in the regular season. They have a very good chance of reaching the playoffs. It is easy to overreact in the emotions and immediate aftermath of a disappointing game, but it was a loss at least one scribe saw coming.

The Giants, though, are still in the driver’s seat when it comes to making the playoffs. They control their own destiny. They don’t need to scoreboard watch or hope for help. They just need to win some football games.

It IS time to be concerned

It wasn’t that the Giants lost a game. Rather, it was how they lost. Sunday’s loss was ugly. The offense wasn’t good enough, and hasn’t been for most of the season. Jason Pierre-Paul suffered a concerning injury. The defense was good, but still gave up five plays of 20 yards or more and Le’Veon Bell did rush for 118 yards.

The Giants do have a leg up on a playoff spot. It is better to be them right now than to be the Washington Redskins, Green Bay Packers, Minnesota Vikings or even sixth-seeded Tampa Bay Buccaneers.

The Giants’ work is not done. Realistically, they have to win at least two of their remaining four games and get to 10 wins to expect to make the playoffs. Nine wins might not be enough.

To get two more wins, the Giants must play better offensively than they have most of the season. They aren’t going to beat the Dallas Cowboys, Detroit Lions or Redskins playing offense they way they did Sunday. On the road, they might have a tough time beating the fading Philadelphia Eagles, too.

Coach Ben McAdoo said Monday that “there's a heightened sense of awareness that we need to get better.”

He’s not kidding. The Giants are running out of time to look like a competent, respectable offense. Their season depends on them figuring out how to become one.

There has to be more than Odell to the offense 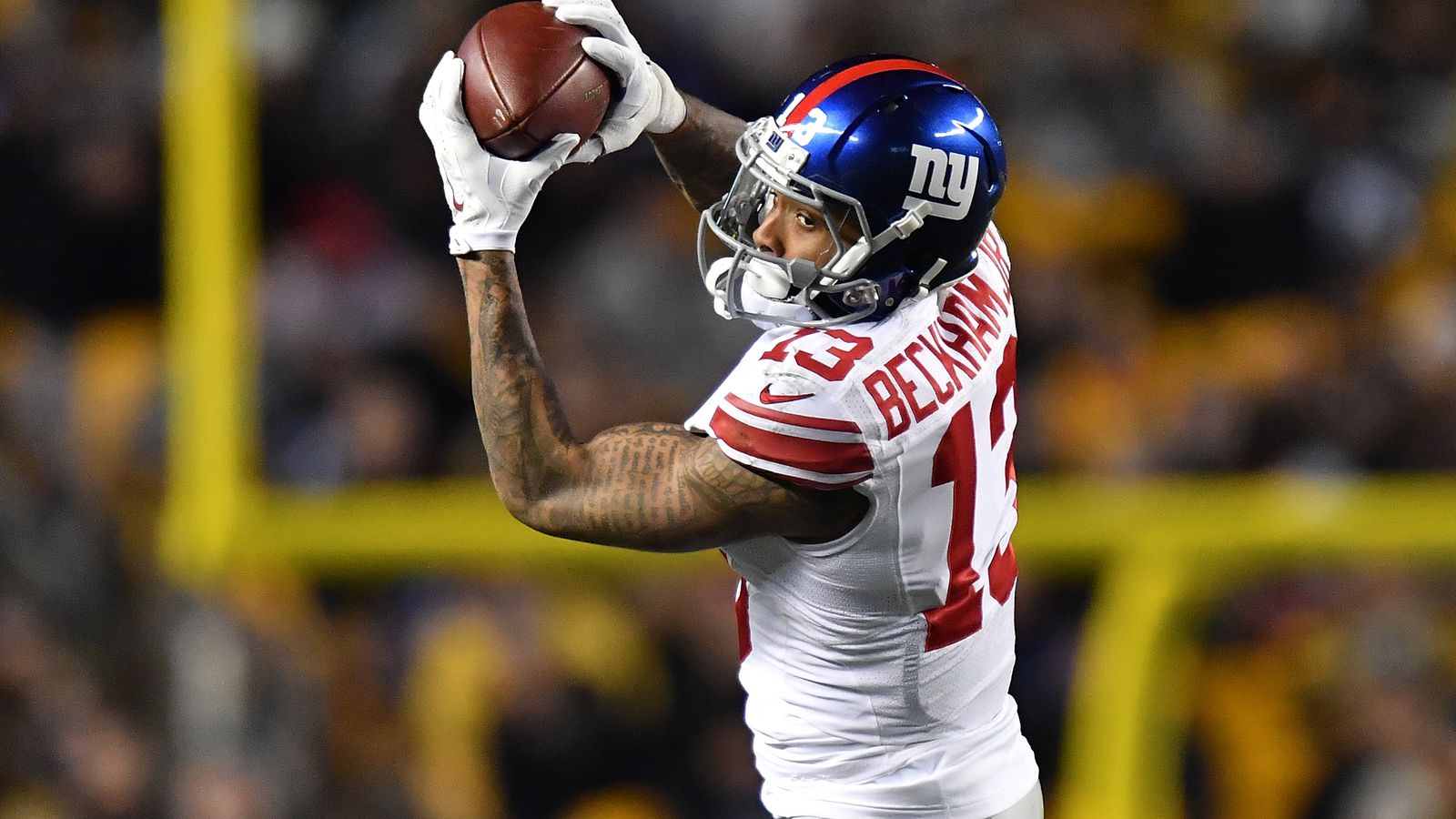 A grumpy "K&WW" after a disturbing loss

Here is what Sullivan said:

“How much of it was scheme? Every time we get a target to Odell, it's scheme. Every possible way we can get him the ball is scheme and we are trying like crazy to get number 13. News flash, 13 gets the ball, we're a better offense.”

Well, yes. The Giants have to get the ball to Beckham and get big plays from him to be a good offense. They are not, however, a better offense when Beckham is the ENTIRE offense.

In “Kudos & Wet Willies” I mentioned that Beckham was the target of 15 of Manning’s 25 passes in the second half against the Steelers. That’s ludicrous.

Not to get all scholarly, but in economics there is something called the Law of Diminishing Returns. Dictionary.com defines it this way:

“The fact, often stated as a law or principle, that when any factor of production, as labor, is increased while other factors, as capital and land, are held constant in amount, the output per unit of the variable factor will eventually diminish.”

It applies to the recent use of Beckham to the exclusion of other receivers. We’ve seen the past couple of weeks that first Sterling Shepard and then Victor Cruz were completely excluded from the offense. And, while Beckham’s numbers went up, the offense didn’t get better.

You can argue, and I will, that if the defense knows Beckham is the primary target on every play that both Beckham and the offense as a whole become easier to defend, lessening the likelihood of getting those big plays you seek.

You can make the same argument about the Giants’ insistence on staying almost exclusively in “11” personnel. Per Pro Football focus, the Giants have been in “11” personnel 92 percent of the time this season. NFL average is 59 percent.

McAdoo was asked on Monday why, if they are going to insist on staying in “11” personnel all the time, they can’t figure out how to actually use all the receivers they are keeping on the field. It’s a great question, and he didn’t have a great answer, saying only that the Giants had been “inconsistent.”

You can also argue that the Giants don’t use tight end Will Tye as well as they could. Tye had at least five receptions in five of the Giants’ last seven games in 2015. He had more than 50 yards receiving four times, with two of those games above 70 yards. This season, Tye has reached five catches and 50 yards just once — a five, catch, 53-yard effort against the Cincinnati Bengals.

I’m not giving up on Ereck Flowers

Have you seen how awful offensive line play is around much of the National Football League? All around the league offensive coordinators are using quick-throw, get the ball out before your offensive line gets your quarterback killed passing attacks. That’s why I’m not giving up on second-year man Ereck Flowers.

Flowers, though, was an early first-round draft pick for a reason. He is an immensely large man, 6-foot-6, 330 pounds, with unbelievable athleticism for a man that big. He is as strong as any offensive tackle in the league. Just ask Olivier Vernon, or any defensive lineman he has driven backwards with a run block.

It’s aggravating that after two offensive line coaches in two seasons, Flowers still flashes the same technique issues he had when he was drafted. Even after Sunday’s rough game, though, he has been better than he was a year ago. There has been progress. Pro Football Focus currently has Flowers ranked 60th out of 80 tackles.

Maybe Flowers’ technique issues will never completely disappear. Habits ingrained since childhood are tough for anyone to get rid of, no matter how many repetitions you do trying to re-train yourself. Maybe his future isn’t at left tackle. Maybe it’s at right tackle. Maybe it’s at guard, where his strength and athleticism might serve him well.

It’s OK to be upset with the way Flowers plays at times. All around the league, though, teams are starving for offensive linemen. Maybe they end up having to move him to a different spot, but giving up on Flowers altogether would be foolish.

McAdoo is stubborn ... and it’s hurting the offense 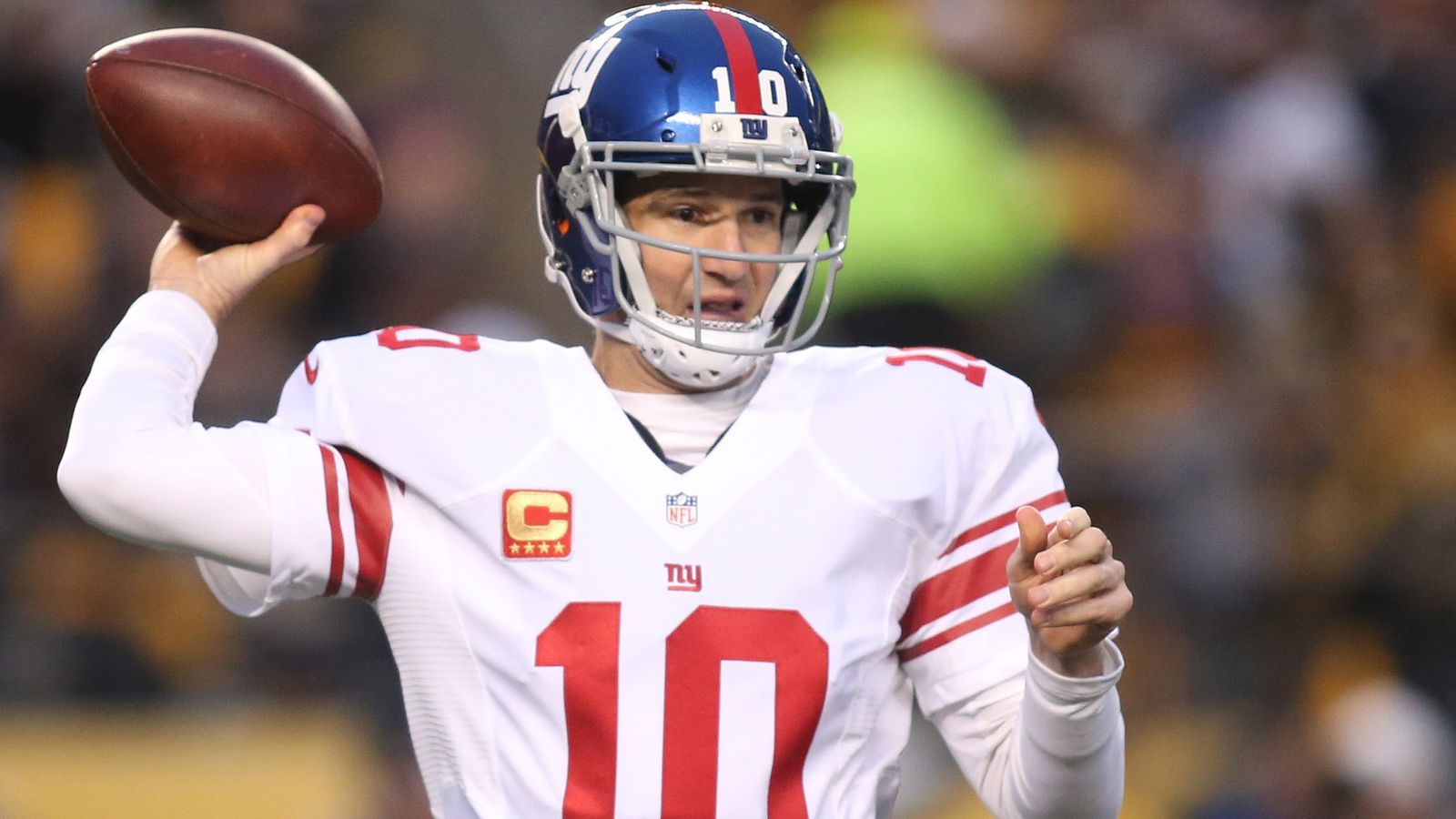 Giants still believe they can get it right on offense

I believe just as strongly that McAdoo’s stubborn streak is part of what is holding back the Giants’ floundering offense.

When Tom Coughlin was still the head coach he didn’t, to my knowledge, interfere with McAdoo’s play-calling. I think, however, it is safe to say that when TC wanted a fullback, or two tight ends, or four wide receivers in the game he got what he wanted and the offensive coordinator called plays based on the personnel package the head coach wanted.

Now, there’s no one except the media to tell McAdoo he looks silly with the world’s biggest, multi-page play sheet, sticky notes from Sullivan fluttering in the breeze, stuck in front of his face. There’s no one to remind him during games about that Law of Diminishing returns, that over-reliance on “11” personnel or Beckham probably hurts, rather than helps. There is no one to tell him to look at the plays on that play card that don’t begin with “11” personnel and end with “throw it to 13.”

I’m not saying McAdoo should give up the play-calling. He is the head coach and he should run the team the way he feels is best. McAdoo included himself on Monday when he said the Giants had not earned the right to be a good offense. He is a rookie head coach who has his team at 8-4 after 12 games. He has done a good job, but there is always a learning curve.

I just wish McAdoo would take a step back and remember how Albert Einstein defined insanity:

“Doing the same thing over and over again and expecting different results.”

McAdoo and the Giants did make a few personnel changes on offense during the bye week, and should get credit for that. In terms of play-calling and overall offensive philosophy, though, they have been trying the same thing over and over and over for 12 weeks. The results haven’t been good enough.

It’s time to stop being stubborn and change things up a bit. The offense would be better for it.