Odell Beckham Jr. has 1,323 receiving yards this season, just 30 behind league-leader T.Y. Hilton of the Indianapolis Colts. The New York Giants’ star is not exactly worried about whether or not he will catch Hilton in Week 17. Beckham is focused on the playoffs, and admitted focusing on this week’s game against the Washington Redskins is not easy.

“It’s whatever. Stats and numbers, they’re all going to come at some point in time. What I’m really focused on, for the first time in my career in the NFL, is having the opportunity to go to the playoffs and play in those big-time games,” Beckham said on Wednesday. “It’s hard to not look past this game knowing what’s at stake and the position that we are in. You can’t move up and you can’t move down. It is very difficult to not look past that and look forward to next week. You just have to keep in mind that any play could be your last. You have to go out there with the same approach that you would any other game.”

Beckham also needs just four catches to reach 100 for the first time in his career.

Washington wide receiver DeSean Jackson has been a Giant-killer for years. Second-year safety Landon Collins talked this week about what it’s like dealing with the speedy veteran.

“When I look at him, he kind of lulls guys to sleep,” Collins said. “He doesn’t use his actual speed when he is running his routes and stuff like that and then when he knows he is about to go deep, he hits it and hits you while you are asleep basically, and he gets behind you and Kirk (Cousins) just has to throw it up and he will go get it.”

The Big Blue Chat podcast, featuring Pat Traina of Inside Football and yours truly, has been named a top 10 podcast for 2016 by our host, Podbean. Check out our latest episode. 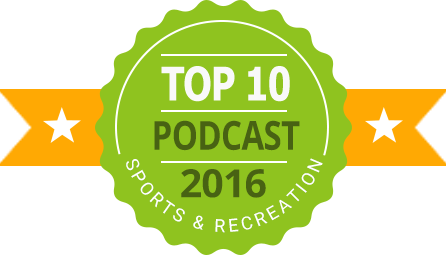