Share All sharing options for: Giants at Steelers: Five things to watch Sunday

Will the New York Giants roll a Lucky 7 when they invade Heinz Field Sunday seeking a seventh straight victory, or will the Pittsburgh Steelers put an end to the Giants’ winning ways? Here are five things to watch Sunday as we find out.

It is always fun to watch when you have historic figures matched up against each other, and no matter what you think of either guy that is what you have with Eli Manning vs. Ben Roethlisberger.

You have quarterbacks who were both taken in the 2004 NFL Draft, are both two-time Super Bowl winners chasing more rings, and who could both be headed to the Pro Football Hall of Fame.

Debate the merits of Manning vs. Roethlisberger all you want. There are chapters yet to be written, and it won’t be settled until the book is closed. Sunday’s meeting will be just a short chapter, but it should be enjoyable. 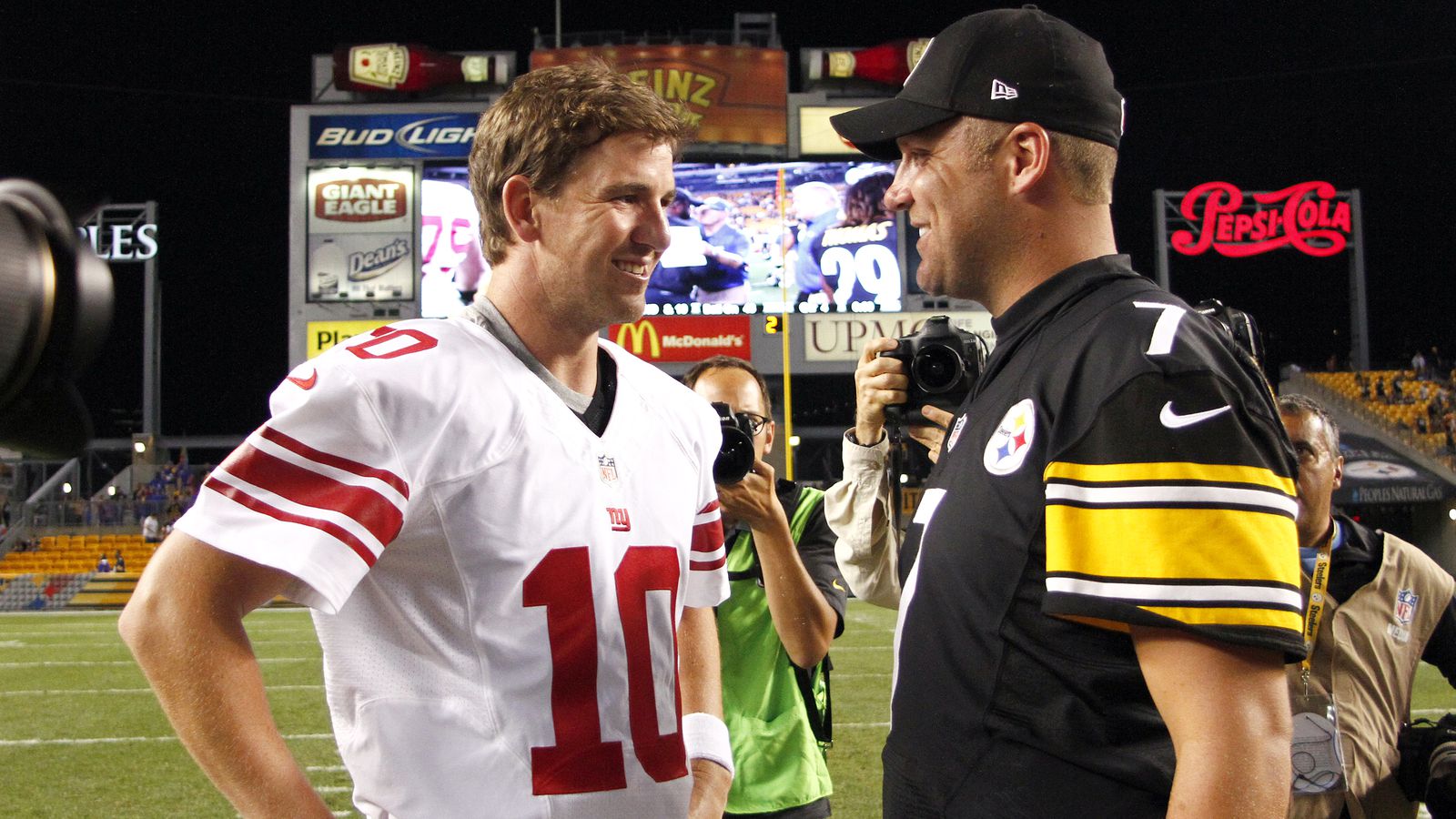 Who isn’t looking forward to this matchup of great wide receivers, Antonio Brown of Pittsurgh vs. Odell Beckham Jr. of the Giants, except perhaps the guys in the secondary who have to try to cover them?

They are mirror images. Similar in size, style, production and showmanship. Two of the game’s brightest, and most entertaining, stars. Even when they run afoul of the NO Fun League and its rules. They are also friends who train together during the offseason.

Beckham is certainly looking forward to it.

“This is definitely a game where I’m going to be standing up watching this guy. I love him like a brother. We trained in the offseason together. He pretty much works for everything he has. He does that every single day. Work ethic is unreal. I just want to see him. This is the first time I actually get to watch him live. Not on tape or anything like that. Just to see him lined up, I’m excited about it. ...

“I think we both like to score and we like to have fun. We like to enjoy it out there. You work really hard. I don’t think people really take in what you sacrifice each and every day to go out there and play for just 60 minutes. That’s really all you get and you don’t even get that. Like to enjoy it and have fun. I definitely think there are similarities in our game though. I watch a lot of film on him and probably stole a lot of stuff from him to make it my own.”

Janoris Jenkins has been the Giants’ best corner and will probably shadow Brown.

“It's going to be competitive. We're going to have fun, we're going to compete and I'm ready for my job,” Jenkins said.

Rookie corner Artie Burns of the Steelers is looking forward to a matchup with Beckham:

"You can't run away from the best, right?" said Burns, who has 37 tackles, two interceptions and nine pass deflections this season. "This is why we're here, for moments like this." ...

We wrote about this earlier in the week, but the Giants have one of the league’s better red zone offense while Pittsburgh boasts the league’s top-rated red zone defense. The Giants have gone 8-of-8 in the red zone the past three weeks, but overall they are only 29th in the league in total of number of red zone opportunities.

The Giants will have to get to the red zone on Sunday, and score touchdowns when they do. It will be interesting to see if they can. 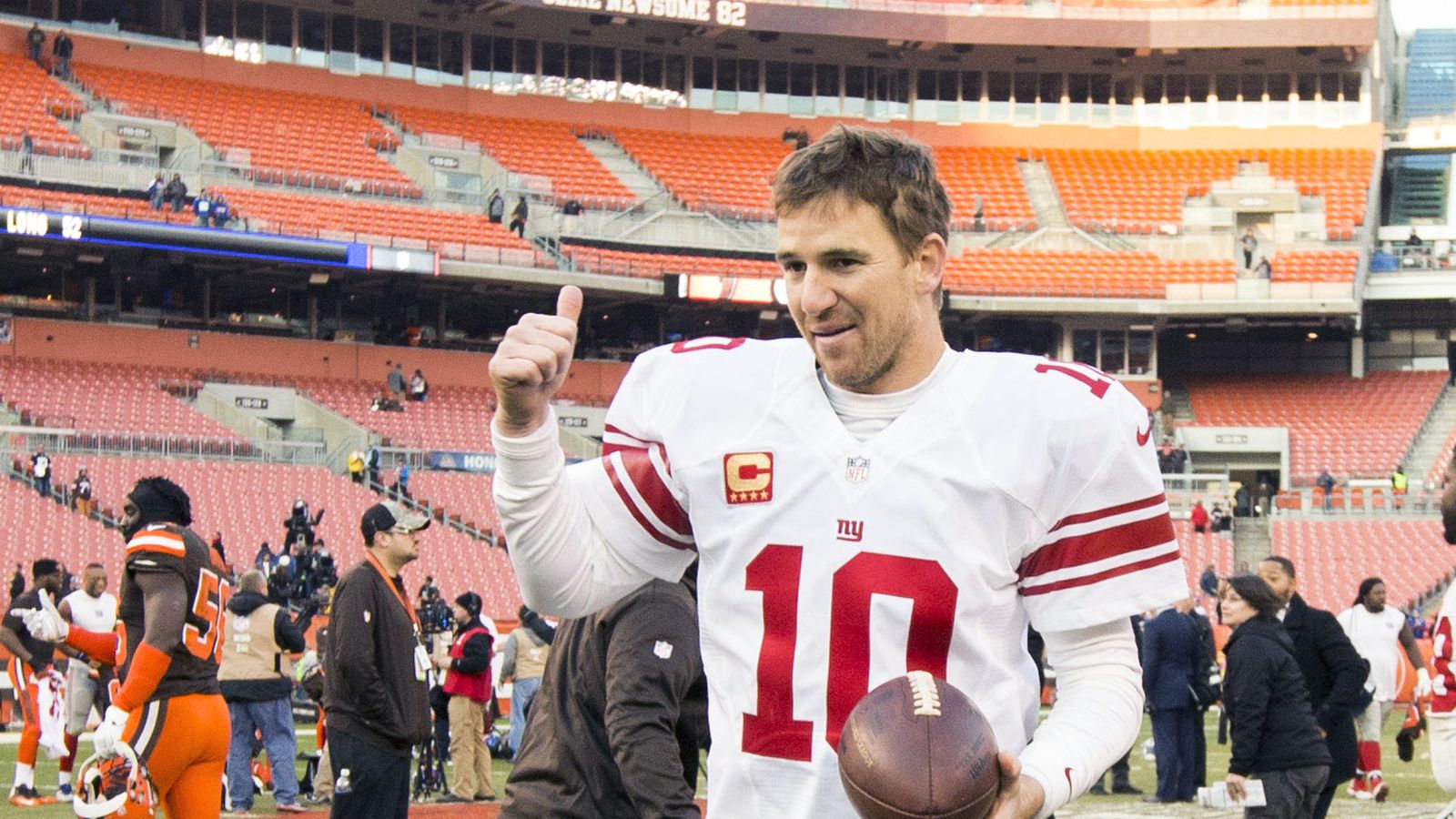 Who are the New York Giants?

Do the Giants have an identity? And is it as a playoff team?

Giants’ defensive coordinator Steve Spagnuolo says it’s “pick your poison” against the Steelers — load up against the run to stop the spectacular Le’Veon Bell, or sit back and provide extra help in the secondary against Brown.

Well, defense always starts with slowing the run game. If you can’t do that, you have no chance. The Giants are fourth in the league, giving up only 3.5 yards per rushing attempt. So, we’ll see what the Giants can do against Bell, coming off games of 146 and 120 yards rushing the past two weeks. Bell is also an outstanding receiver who will often split wide.

“He’s a great player. Very patient runner,” said Giants’ defensive tackle Damon Harrison. “He’ll challenge our gap integrity on defense. Guys that think they can make the play, how patient he is, he’ll expose another gap. We just have to be patient as well.”

Yes, the Giants played a road game last Sunday. But, with insanely low ticket prices and a plethora of available seats, Giants fans descended upon FirstEnergy Stadium in droves. Truthfully, you can’t say the Giants faced a hostile environment there. Nor was the London game against the Los Angeles Rams a hostile crowd. Difficult trip, yes. Hostile environment, no.

The Giants really have not faced a hostile crowd since their back-to-back losses Weeks 4 and 5 vs. the Minnesota Vikings and Green Bay Packers. The Steeler faithful at Heinz Field will be different. Let’s see if the Giants can keep their poise.