After reports that his hand injury is worse than what was initially believed by the Giants and fans alike, the defensive end posted a video Tuesday with his right hand fully out of a bandage. It's unknown when Pierre-Paul will return to the field for the Giants, if ever, but one thing to take note is that when rushing out of the three-point stance in the video, Pierre-Paul got off the ground using only his left hand. See the video for yourselves here (Warning: NSFW language):

God can turn any situation around for the better. Your hard times will lead to the best times of your life. Don't believe the hype ... Be back soon! #90PC #ImAFighter #PutMeInCoach

In Case You Missed It

Prince Amukamara was "stunned" by the late-game mistakes of Eli Manning:

Cornerback Prince Amukamara told WFAN on Tuesday he was "stunned" Manning told running back Rashad Jennings not to score in the final two minutes, even though a touchdown would have put the Giants up 30-20 and probably sealed a Big Blue victory.

"I haven’t been able to ask him about that," Amukamara told the station. "I wasn’t in the huddle, I wasn’t in that conversation. But yeah, I was pretty shocked. I’m sure if you got told that, you got told that for a reason and it came from higher up. You just have to trust the coaches there."

Odell Beckham Jr. goes in for examination at the SportScience lab.

"It's mind-boggling that these guys actually won Super Bowls," the former NFL quarterback says on Tuesday night's "Inside the NFL" on Showtime.

"There were so many things that were mishandled by Eli Manning, and by the coaching staff of the New York Giants," Esiason said. "I have nothing but respect for Tom Coughlin, but he's a guy that I think has to take a hold of the decision-making on the sidelines. He deferred to Eli and as we were all watching it on third down, when he threw the ball and it was incomplete and the clock stopped, every single person said the Cowboys have a chance because they mismanaged it."

Michael Strahan paid a visit to the Giants after their horrendous last-second loss to the Cowboys this past weekend.

Where do the Giants fall in the latest NFL power rankings?

The Ravens signed former Jets defensive end Jason Babin to replace Terrell Suggs, who is out for the year after suffering a torn Achilles. 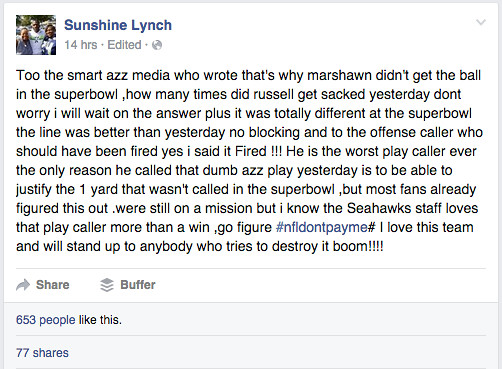