Football is back, and we got our first look at the tight ends during Sunday night's Hall of Fame Game.

Going in to the 2014 season, possibly the biggest question mark for the New York Giants is the tight end position. Last night we got our first look at Ben McAdoo's new offense, or at least the base vanilla version of what they have installed so far.

And with that came our first look at the tight end position.

Under previous offensive coordinator Kevin Gilbride, the tight end position was very traditional. Barring extenuating circumstances, such as an injury to the fullback, the tight end almost always lined up in-line next to either the left or right tackle.

During OTAs, mini-camp, and training camp, fans were told that all that was a thing of the past. And even though the offensive scheming was at an absolute minimum for the Hall Of Fame Game, the tight ends were all over the place. They were lined up in their traditional spot next to a tackle, but they were also frequently lined up as slot receivers or in the backfield as a fullback.

The game opened with the tight end as a slot receiver, but motioned into the backfield as a fullback. Later on the Giants fielded formations that featured a tight end on either side of the line, but both released into routes, or a formation that had a tight end, fullback, and running back in the backfield.

If this is just the tip of the offensive iceberg, come September the tight end position should be a fun (and dynamic) one to watch. 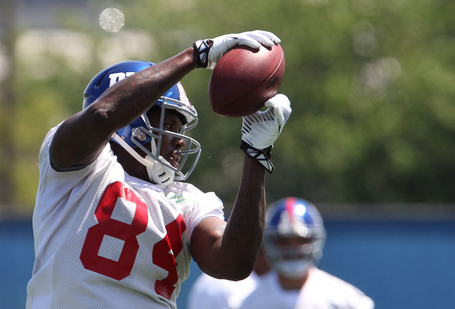 As mentioned above, Donnell lined up everywhere in the offense: In-line, slot, backfield as a fullback and halfback, and was frequently put in motion.

While he didn't look particularly fleet of foot, Donnell looked very fluid in space, and snared a couple nice receptions from Eli Manning and Ryan Nassib. His blocking was a bit of a mixed bag, some of the blocks looking almost textbook, and then whiffing on others. He looked least comfortable at fullback the first two series, but the offensive line was settling in as well. 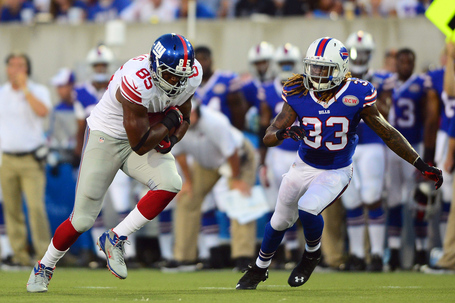 Daniel Fells appeared as advertised: Dependable and solid. He made a couple nice blocks and a very nice reception of an Eli Manning pass. That being said, he also looked lumbering out in space. And that's the second part of the advertisement for Fells.

That isn't necessarily a bad thing though. Nobody will ever claim that Jake Ballard is anything but lumbering out in space, but as he showed Giants fans: a tight end can be effective as long as he runs good routes and understands how to use his frame to shield the ball from defenders.

Unfortunately Fells left the game just before the half with a sprained knee. Hopefully it isn't bad, but the injury adds further interest to an already ... interesting (sure, let's go with that) position battle. 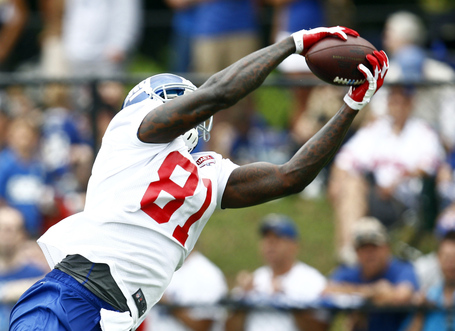 Robinson is one of the players everybody wanted to see last night, but the flow of the game left us all still wanting.

Robinson came in for the third quarter and (by my count) only had one pass thrown his way (which was rushed and overthrown, so he had no chance at it). And much like Donnell, his blocking was a mixed bag. While he whiffed a couple times, he also had some nice run blocks, which would have looked better if Michael Cox was in the game in the third quarter.

Robinson also had a few nice pass blocks, Nassib's touchdown pass to Corey Washington stands out. Robinson was lined up on the left side of the formation, but pulled all the way across the field to block for Nassib on the bootleg and shut down the only rusher who could apply pressure.

Much like the reports coming out of camp, Robinson needs to work on smoothing out the inconsistencies in his game, but his blend of size and athleticism were apparent.

(Side Note: I am not worried about his weight after seeing him on the field. His shoulders are WIDE. His name could be Adrien Schwarzenegger-Krzyzewski and it would fit on the back of his jersey in standard font) 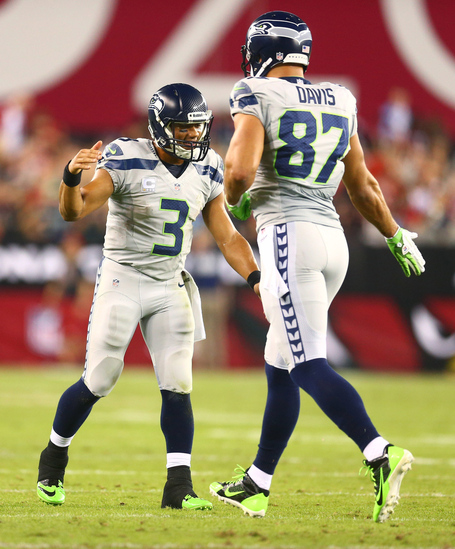 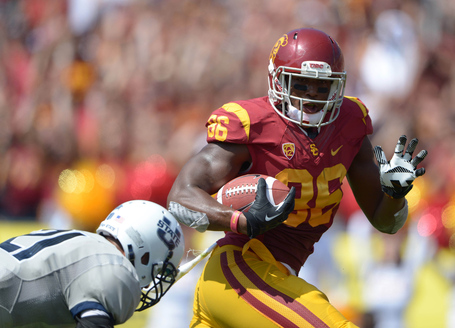 I was really hoping to see Grimble in action, but an injury kept him at the Giants facility for our first taste of football for 2014. Hopefully, he will be able to get healthy and back on the field quickly.

The tight end position is a work in progress. Not only is the offense still being installed, but the battle for the depth chart is still going on.

So far the young guys, Donnell and Robinson, look promising but need to build on the successes of last night and work on their inconsistencies. Fells looked the part of the steady veteran, but his knee injury puts that in doubt.

As so often happens in preseason, we had some questions answered, some go unanswered, and some new ones crop up. One thing is for sure: The position battle and how the tight ends are used by the offense will certainly be interesting as the preseason progresses.