Good morning, New York Giants fans! We haven't done a notebook for a few days, so let's get caught up on some of the headlines.

The season is coming quickly, and running back Rashad Jennings is making sure he is ready:

Is fullback a dying position in the NFL? The Football Educator looked as how fewer NFL teams are using fullbacks.

Tight end Jermichael Finley still has not been cleared to return to action following neck surgery. As much as many Giants fans would like to see him in New Jersey, it appears almost certain that if and when Finley plays again it will be with the Green Bay Packers. Look at what he said recently:

"This is the best I've felt in this entire crazy process," Finley said. "Tell everybody I'm working as hard as I can to get back to Packer Nation."

Former Giants cornerback Perry Williams is behind a movement aimed at inspiring children. Williams has collaborated on a children's book which hopes to remind athletes of their power to help children. 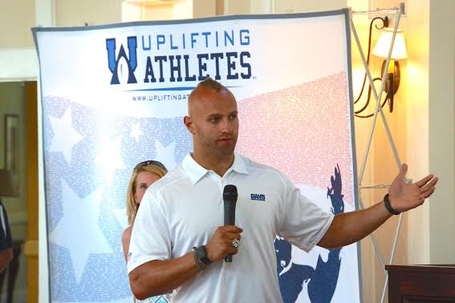