Well, it's finally happened. The seemingly endless stream of mock drafts comes to an end today. Everyone is interested to see who ESPN's draft experts are projecting -- which is a nice way of saying "guessing" -- their team will take.

There has been quite enough ado over the last 5 months, so without any more of it, let's take a look and see which players McShay & Kiper mocked to the New York Giants. 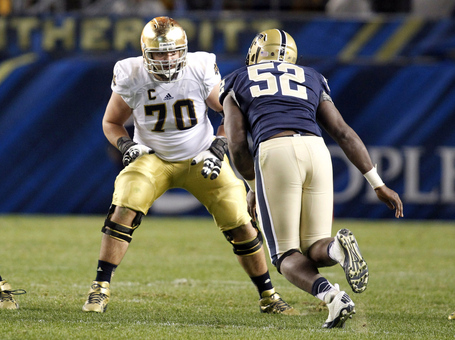 Kiper says: The debate here comes down to Martin or Eric Ebron. In Martin, the Giants added a versatile offensive lineman in the first round last season, and Justin Pugh looks like he's going to be a good one. In Martin they get another versatile O-lineman, a player who can handle left tackle, but who could also be an exceptional guard. The Giants never touch linebackers in Round 1, so I'm not betting on a player like C.J. Mosley here, and Martin isn't a reach -- he's my No. 8 overall prospect entering the draft.

This is a pick that I can see the logic of, but I'm still not especially fond of it. The Giants have already completely reworked their interior offensive line, bringing in massive guards Geoff Schwartz and John Jerry. They also have Chris Snee returning to health as well as Brandon Mosley and James Brewer waiting for their chances to break into the starting lineup. To me, the Martin pick(s) make sense if the front office believes he can successfully transition inside and be an upgrade over the players they have their already. 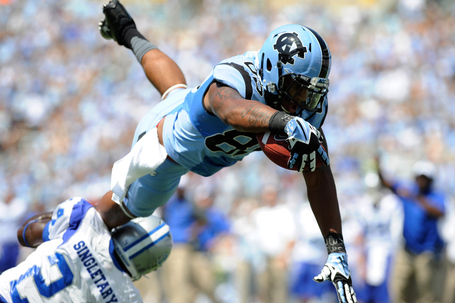 McShay says: There are several potential landing spots for Ebron, but the Giants are a logical fit for him given that tight end might be their top need heading into the draft. They could really use a go-to target at the position for quarterback Eli Manning, and Ebron has big-play ability as a guy who can stretch the seam of the defense with his speed and also make plays after the catch.

Ebron is one of my top four prospects, so I definitely would like this pick. With Evans already off the board at five in both drafts, Ebron makes a ton of sense as the Giants are scary-thin when it comes to offensive weapons. I also don't think that picking Ebron would keeping them from picking a true wide receiver later in the draft. Ebron wasn't the TD machine that you would expect to see out of a guy with his physical gifts, but he was also North Carolina's only scary offensive weapon, and his drops are concerning. However, Kevin Gilbride Jr helped Victor Cruz cure a very bad case of the dropsies. Also, the weapons the Giants do have in Victor Cruz, Rueben Randle, and Jerrel Jernigan, should work with Ebron to give Eli a variety of mismatches to force on defenses.

So Giants fans, how do you think they did?