The New York Giants did not select a tight end in the 2014 NFL Draft. Here is why, and what the team might do now at the position.

Share All sharing options for: 2014 NFL Draft Review: Why didn't the Giants select a tight end?

The New York Giants did not select a tight end in the just-concluded 2014 NFL Draft, and fans who had been screaming for months that the team needed help at the position are left to wonder why. In the end, it came down to the simple fact that the Giants valued other positions -- and other players -- more than the available tight ends.

General manager Jerry Reese is always intentionally vague about the team's Draft plans, which is exactly what he should be. Prior to this year's Draft, however, Reese did hint that he felt he had bigger fish to fry than adding to his pool of tight ends.

"We want a competent tight end. We think we have a couple of young tight ends that have been here for a couple of years that we want to develop and we'll continue to look as we move forward," Reese said last week. "Everyone wants big, fast tight ends who can block and catch balls. It's the same thing all over the league. Everybody wants those guys ... We'd like guys who are big and fast and can block and can catch at that position."

Coach Tom Coughlin made it plain that there simply weren't many tight ends in this Draft the Giants were enamored with.

"It is worrisome when you look at the draft and like, for example, you go to the combine and you see all these numbers at all these different positions and then the tight end numbers are (not there)," Coughlin said. "That's a little bit scary. Where are those guys? Where did they go? What are they doing? Are they playing defensive end? What are they doing right now?"

In Round 1, the only draft-worthy tight end was Eric Ebron of North Carolina. Ebron, who drew plenty of comparisons to San Francisco 49ers tight end Vernon Davis during the pre-draft process, was often connected to the Giants by draft analysts. He went 10th overall to the Detroit Lions.

Let's go round-by-round through the rest of the draft and see what tight end options the Giants might have had in each spot.

Giants' fans probably would not have batted an eye had the team selected either Amaro or Niklas. Both had been speculated about as potential picks for the Giants in this spot, especially Niklas, the more traditional of the two. The Giants, however, went with Richburg. Reese made it plain that the pick had much to do with what new offensive coordinator Ben McAdoo values.

"I just know that the new coordinator likes the center to be very involved with some of the protection scheme things and this guy is really smart. He was outstanding when we interviewed him at the combine so he fits the mold of what we want," Reese said.

Washington tight end Austin Seferian-Jenkins went to the Tampa Bay Buccaneers with the 38th pick. If you want to read between the lines, you can take something coach Tom Coughlin said in his post-draft press conference as an indication the Giants might have considered Seferian-Jenkins at 43 had he still been on the board. Asked specifically about taking a tight end in the second round, Coughlin said this:

"It just didn't fall that way. We would have had to do some other things to get him [a tight end] in that spot," Coughlin said.

The choice of Bromley 74th overall was a surprise to many, including Bromley himself. The fact that the Giants chose to add to their defensive tackle rotation here rather than force a pick for a tight end can't, however, be surprising. Crockett Gilmore of Colorado State (99th to the Pittsburgh Steelers) is the only tight end to be taken between the Giants' selections at 74 and 113.

Selection: Andre Williams, RB, Boston College
Tight End Options: No tight ends taken in Round 4 after the Giants' selection, or before the Giants chose Nat Behre in Round 5.

The fact that Lynch, considered a solid blocker with the ability to be an underneath receiver, was still available here points to how foolish it would have been for the Giants to have reached for him in the fourth round. Lynch ended up being selected 155th by the Miami Dolphins, three picks after the Giants grabbed Behre. It is hard to argue with the Giants' logic here, as safety remained on the 'needs' list heading into the draft. With Will Hill maybe being done as a Giant, Stevie Brown returning from a torn ACL and Antrel Rolle perhaps in his final year with the team safety depth was necessary.

Selection: Devon Kennard, OLB, USC
Tight End Options: No tight ends taken in Round 5 after the Giants' selection, or before the Giants chose cornerback Bennett Jackson in Round 6.

Seriously? With all of the yearly crying at this web site for the Giants to adddress the linebacker position is anyone really going to argue for a different move when the Giants actually do select one?

Again here, can you really be upset that the Giants took a cornerback instead of one of the available tight ends? Bolser?Branchflower? Colt Lyerla? The Giants ended up grabbing Xavier Grimble of USC as an undrafted free agent. There is nothing that indicates any of them will be an NFL player. Grabbing one would just have been adding a body for competition. Jackson has a reputation as an excellent special teams player, and after the disastrous effort of the Giants' coverage teams in 2013 that should be enough for fans to welcome him with open arms. 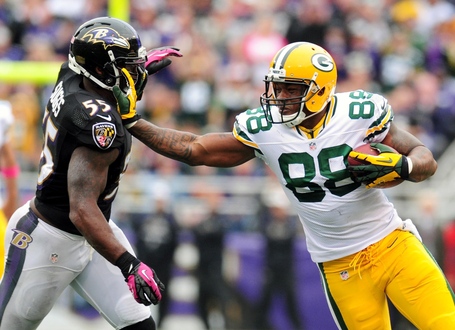 So, what do the Giants do now at tight end? They have uproven youngsters Adrien Robinson and Larry Donnell, and limited veterans Kellen Davis and Daniel Fells on the roster, along with Grimble. It is pretty obvious that they will give Robinson, who has played only two snaps since being selected in the fourth round in 2012, first crack at the job.

"We've got, as has been said, we've got a couple young guys here that, ‘Fellas, if you can't see your way to the field now...' " Coughlin said. "Adrien is very sharp and is able to count. He's on the field with four guys. And he's handled everything very well to this point."

Reese made a similar point following the draft.

'You can't just wave a magic wand and a tight end will show up.' - Jerry Reese

"We have a couple tight ends, young guys, who we want to stay healthy and we've tried to develop and it's time for those guys to get out there and help us," Reese said. " In personnel, sometimes you can't get everything. You can't just wave a magic wand and a tight end will show up. "You have to put them out there and you have to develop guys at some point. It would be great if you could have guys ready-made that could come in and just line up and be fantastic blockers and fantastic receivers but sometimes it doesn't work that way. Whatever the skill set is, you've got to bring them in and work to their skill set and you have to play the hand you're dealt and win with it."

There are still free-agent tight ends on the market and Reese said the Giants are "always going to keep looking for players."

Coughlin echoed the idea that he hopes Reese is able to find more help at the tight end spot.

"We have to, we'll be doing some more," Coughlin said. "That's not enough numbers for camp. We need some numbers, yeah. I hope we can find some numbers, to be honest."

The fact that the Giants did not draft a tight end is sure to rekindle speculation about the possible signing of former Green Bay Packers tight end Jermichael Finley, who is still awaiting medical clearance following a season-ending neck injury in 2013. Former New York Jets and Miami Dolphins tight end Dustin Keller might also be an option.