In the 2014 NFL Draft, the New York Giants came away with seven picks that filled a variety of needs. Read on to get acquainted with each one and see how they might fit into this season's plans. 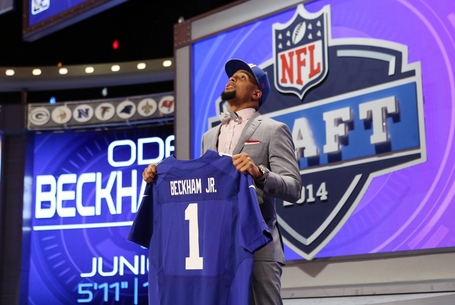 With the 12th overall pick, the Giants filled the void at wide receiver left by the free-agent departure of Hakeem Knicks with LSU wide receiver Odell Beckham Jr. At 5-foot-11, 198 pounds, Beckham is considered a fast, fluid athlete who's also one of the best route-runners in the draft. At LSU, he was a productive three-year starter while also returning kicks and punts. 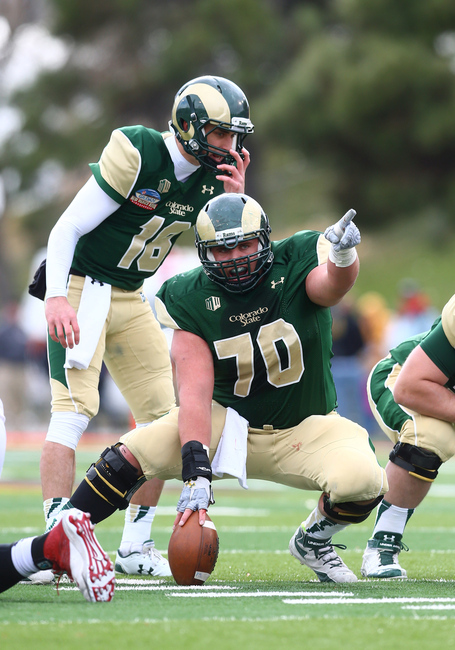 In Round 2, the Giants addressed their interior offensive line issues with Colorado State center Weston Richburg. A four-year starter in college, Richburg is also versatile enough to play guard should the Giants like him better there. 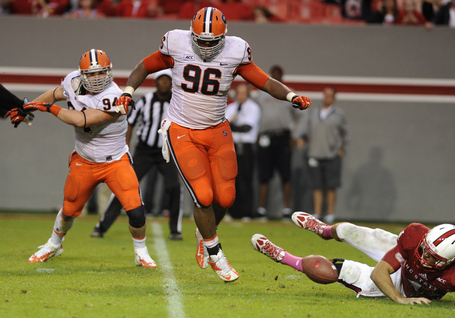 The Giants returned to the trenches with their third pick, but on the defense. Syracuse defensive tackle Jay Bromley is a big, fast lineman who also filled a common theme among these Giants draft picks -- he was a team captain in college. The pick was surprising, however, considering many other defensive tacks widely ranked ahead of Bromley were still available at the pick. That means the Giants had their man waiting for them once pick No. 74 rolled around and pounced. 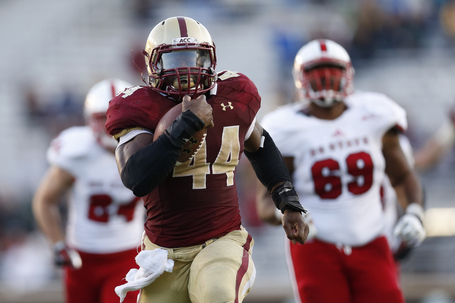 In the fourth round, the Giants found immediate help at running back. Andre Williams is a workhorse power rusher who was a Heisman Trophy finalist and won the Doak Walker Award in 2013. Joining a group of Giants running backs that's, in so many words, injury-prone and inexperienced (not to mention inconsistent), Williams could see immediate playing time. 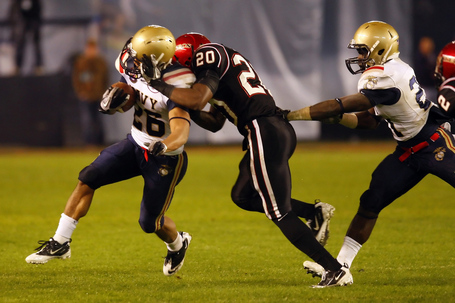 In Nat Berhe, the Giants drafted a defensive back who played a hybrid linebacker/safety position at San Diego State (known there as the "Aztec" role). How that translates to the NFL remains to be seen, but Berhe is a player who enjoys being all over the field and has a true mind for the game. 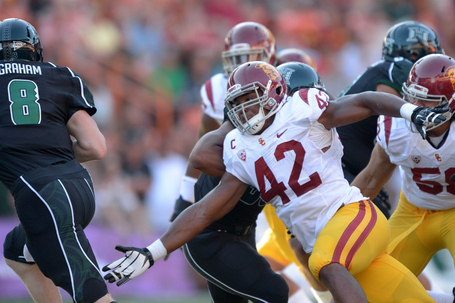 Kennard was, you guessed it, another team captain in college. He also had the highest GPA among USC football players. Kennard's father, Derek, was an NFL offensive lineman for 11 years. On the field, Devon is a strong tackler and mobile-enough athlete to drop into coverage in short zones. He's also played all linebacker spots plus defensive end, so he adds to the trend of versatile Giants draft picks as well.

Giants select Devon Kennard in Round 5 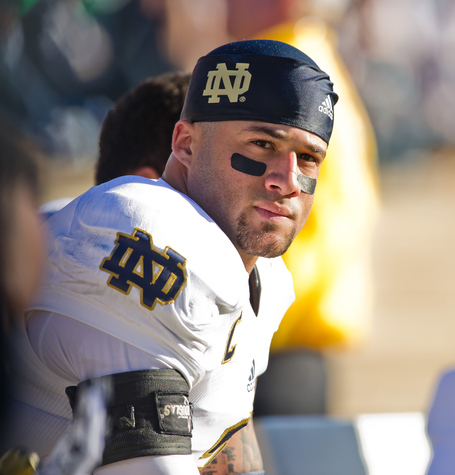 Jackson is a New Jersey native who was an ace special teams player for Notre Dame, while also playing through a torn laburm as a junior to start all 13 games and record 65 tackles, 1.5 sacks, four interceptions and four pass break-ups.