The New York Giants 2014 NFL Schedule was released Wednesday afternoon on WFAN radio (@WFAN660), so we now know where the Giants will be each week of the 2014 NFL season. Times and exact dates will be added as they become available. For now, here is a look at your 2014 New York Giants regular-season schedule: 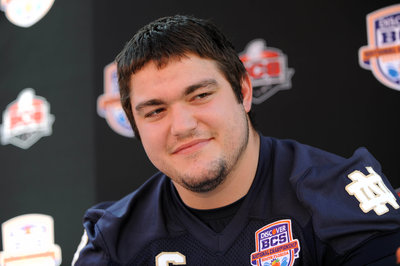 If you missed any of today's headlines at Big Blue View, here is some of what you can find:
-- Recovering David Wilson impatient
-- BBV Community Mock Draft
-- Analyzing Mel Kiper's Top 100
-- Walter Thurmond Fallout
-- A look at HaHa Clinton-Dix
-- Will Hill effect on the draft

More: How the Giants' schedule could have been much worse

Eagles, Cowboys, (Bye), Colts, Seahawks, 49ers, Cowboys is a brutal stretch from Week 6 to Week 12. I would love to know who had the brilliant idea of making the Giants go cross country to face the Seahawks following a Monday night game. That is tough. The Giants, of course, end the season with a division game against the Eagles.

The schedule, on paper overall, is one of the easier ones in the NFL in 2014. Giants' 2014 opponents had a combined winning percentage of just .465 in 2013, 26th overall in the league. Based on that strength of schedule metric, only the Baltimore Ravens, Jacksonville Jaguars, Houston Texans, Tennessee Titans and Indianapolis Colts have easier schedules.

Here is some of what I wrote previously about the Giants' 2014 opponents:

The 49ers and Colts are playoff teams, and the Cardinals just won 10 games, so those games would appear at first glance to be very challenging. They are, however, at MetLife Stadium.

The road game that jumps out is the game vs. Seattle. The 13-3 Seahawks dominated the Giants, 23-0, a couple of weeks ago at MetLife. In 2014 the teams play at CenturyLink Field in Seattle, maybe the most difficult place in the NFL for a road team.

Games can now be "flexed" into Sunday Night Football as early as Week 5. Two games can be flexed into the SNF slot between Weeks 5 and 10, and weekly flex scheduling begins Week 11.

The Giants play five preseason games this season, the additional game coming because they will participate in the Pro Football Hall of Fame Game. The preseason schedule:

I had to include the tweet below for no other reason that it is insanely awesome: