What do we make of the news surrounding Hakeem Nicks on Saturday?

What should we make of the developments on Saturday surrounding free-agent wide receiver Hakeem Nicks?

In case you haven't heard, on the first day of the "legal tampering" portion of 2014 NFL Free Agency here is what happened with the New York Giants' wide receiver. Nicks released a letter to all 32 NFL teams from a pair of well-known specialists certifying that he is healthy, that his foot and knee are completely healed. Word also circulated that Nicks is "receptive to returning to the Giants" and willing to take a one-year contract." 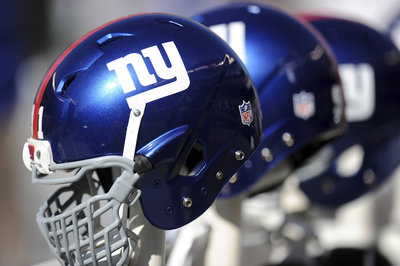 Complete news, rumors and analysis regarding the Giants throughout free agency.

The Giants, and Nicks for that matter, are better served moving on without each other.

My immediate thought is that the market for Nicks must be soft. To move this quickly with moves like releasing medical information and floating the idea of being amenable to a one-year "prove it" deal makes me believe that Nicks' camp did not like what it was hearing -- or not hearing -- from teams once the negotiating window opened Saturday at noon ET. Why else would they do this?

My other thought is about the Giants and the one-year deal for Nicks. Yes, Nicks at least used to be an incredibly gifted No. 1 wide receiver, and perhaps he can be again. That makes the idea of the one-year "prove it" contract tempting, but in my view the Giants should pass.

Why? For all intents and purposes Nicks was on a one-year "prove it" deal in 2013, and he gave the Giants nothing close to his best. Instead of proving he deserved a rich, long-term deal he turned in a sub-par season during which questions were raised about his effort. Why reward him with another opportunity?