Everything you need to know about the New York Giants as the free-agent frenzy gets ready to begin.

NFL Free Agency 2014 begins officially at 4 p.m. ET on Tuesday, March 11. That is when players can sign with new teams. Teams can begin negotiations with free agents currently under contract with other teams on Saturday, March 8. What shape are the New York Giants in as free agency looms? Let's look at their salary cap space, current Giants who will become free agents, and players and positions the Giants might target when the market opens for business. 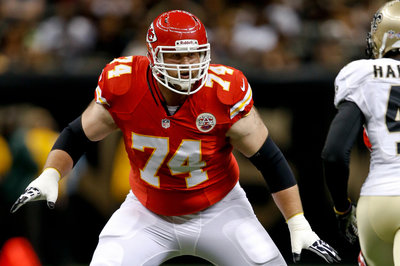 Here are links to all of the potential free-agent targets for the Giants we have profiled. Click the players' name to read the profile.

The cap for the 2014 NFL season has been set at $133 million. The Giants are in relatively good shape entering free agency, $19.288 million under the cap. There are 14 NFL teams with more cap space than the Giants. The Giants are expected to save more salary cap space by negotiating a new deal with Chris Snee, who currently counts $11.3 million against the cap. They have other veterans, most notably center David Baas, who could become salary cap casualties, as well.

The Giants have 25 free agents (not counting Corey Webster and Brandon Myers, whose contracts were voided earlier in the offseason). On Thursday we predicted what we thought would happen with each of them.

If you just want the names, here they are:

The Giants appear likely to lose wide receiver Hakeem Nicks and could be outbid for Justin Tuck and Linval Joseph on the open market. They are talking with middle linebacker Jon Beason, but have yet to reach a deal.

Offense: The Giants are expected by most analysts to be aggressive in pursuing guards on the free-agent market at they revamp their offensive line for the 2014 season. Tight end, center, running back and wide receiver are also areas of concern.

Defense: The Giants need cornerback help opposite Prince Amukamara, and there are many corners expected to be on the market. They could also be seeking veteran help at defensive end or tackle if they lose Tuck or Joseph. As always, you can count on the Giants to bargain-hunt at the linebacker position, an approach we have already seen with former Baltimore Ravens linebacker Jameel McClain visiting the team on Thursday.

Special Teams: If the Giants can find a dynamic kickoff and punt returner in free agency, perhaps one who also provides some depth at wide receiver, that is a possibility.

With new offensive coordinator Ben McAdoo having been hired away from the Green Bay Packers the Giants have been expected to look hard at the plethora of Packers' offensive free agents. Those include center Evan Dietrich-Smith, running back James Starks,  tight ends Jermichael Finley and Andrew Quarless and wide receiver James Jones.

Will the Giants get into a bidding war for Ben Tate of the Houston Texans, or try to sign a lower-cost option at running back? Toby Gerhart of the Minnesota Vikings could be a possibility.

At guard, the Kansas City Chiefs appear likely to lose either Geoff Schwartz or Jon Asamoah. The Giants are probably at the front of the line among the bidders for the services of whichever player leaves Kansas City. [See our poll]

Tough to tell how the cornerback market will shake out, but look for the Giants to perhaps wait out the market and sign someone in the second or third wave of free agency. You might expect the same at linebacker and along the defensive line.