A look at potential free agent fits for some of the New York Giants' free agents.

NFL Free Agency is drawing closer. Teams can 'officially' begin negotiating with players from other teams on March 8, and players can begin signing with new teams on March 11.

I say 'officially' because if you believe some form of free agent negotiations has not been going on at least since the 2014 NFL Combine your head is in the proverbial sand. Anyway, let's look around the Inter-Google and see where analysts think some New York Giants' free agents might end up. 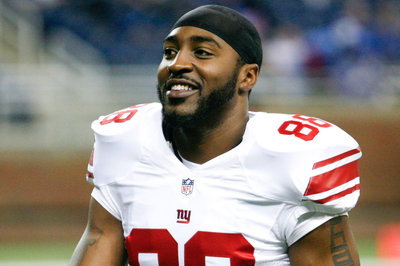 All the free agency news, rumors and analysis impacting the New York Giants.

CB Terrell Thomas -- Rotoworld ranked best free agency fits and pegs Thomas and the San Francisco 49ers as match. "Cornerback is easily the biggest need for GM Trent Baalke to address this offseason. Thomas wants to be an every-down player, but he might not be able to find a team willing to gamble that much on his knee," writes Rotoworld's Nick Mensio. Valentine's View: Thomas is a USC grad and loves California, which is where he still makes his home. If the 49ers did come calling, Thomas might have a difficult time saying no.

LB Jon Beason -- MMQB ranks Beason No. 72 on its list of the top 100 free agents, and thinks he will return to the Giants. "Both sides should find a way to make this work, if Beason doesn’t overvalue his market," MMQB writes. Valentine's View: Agreed. Beason is probably more valuable to the linebacker and leadership-needy Giants than anyone else. He is not a superstar, and his injury history suggests he is only a short-term answer at MLB, but the Giants need him back.

DE Justin Tuck -- The Giants' defensive end is ranked No. 49 by MMQB following a resurgent season. MMQB lists the Tampa Bay Buccaneers as Tuck's best fit. Valentine's View: This one I don't see. The Buccaneers won four games last season, and even with a new coach in Lovie Smith I have to think Tuck would be looking for a team that has been a perennial contender.

WR Hakeem Nicks -- Nicks, off two sub-par seasons, is still ranked No. 20 on the list of available free agents by MMQB. The St. Louis Rams are looked at as Nicks' best fit. Valentine's View: I can see the Rams wanting Nicks, but I actually never thought of Nicks wanting the Rams. Sam Bradford needs the help, so it is an interesting thought.

DT Linval Joseph -- MMQB ranks the 25-year-old Joseph 10th on the list of free agents, says he will be "popular" on the market, and pegs the Washington Redskins as his best fit. Valentine's View: Giants' fans would hate this. Former Giants defensive tackle Barry Cofield went to the Redskins as a free agent in 2011, and watching Joseph join him inside the Beltway would be tough to take.

[Monday: A look at these same lists for players from other teams who might fit with the Giants.]