Who the heck is going to play center for the New York Giants in 2014? David Baas is gone, Kevin Boothe remains a free agent, and the Giants signed an unknown quantity in J.D. Walton -- who has't played in an NFL game since early in 2011. So, right now that is a good question.

Well. with the NFL free agent frenzy in full swing it's easy to forget that there is a little thing called the NFL Draft coming up in less than two months.

CBS Sports says at least six centers, and maybe more, are worthy of being drafted in May. Some of those players held pro day workouts this week, so I thought we would take a break from the free-agent frenzy and touch on those players. 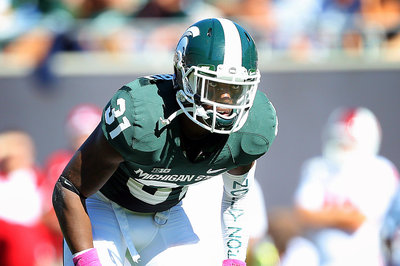 All of our prospect profiles in one easy-to-follow StoryStream

He is considered a likely second-day pick. All I need to know about Richburg is contained in the NFL.com Pro Day blog, written by former Cowboys GM Gil Brandt:

If a team is looking for the next Alex Mack, Richburg is that guy. He’ll be your starting center for the next 10 years.

A third-day prospect per CBS Sports, but the No. 1-ranked center according to SB Nation's Mocking The Draft.

During his pro day, Ikard "had a very good on-field workout, looking very athletic and quick. Ikard is a very promising prospect, but because of the nature of his position he is probably a mid-round selection in the 2014 NFL Draft."

Some think Swanson will be the first center drafted. During his pro day, Swanson "had an impressive performance in the drills. Because of the nature of his position, Swanson is a likely late third- to early fourth-round selection in the draft."

The #Bucs have agreed to terms with C/G Evan Dietrich-Smith! #itsabucslife pic.twitter.com/WZubilwP66