Seahawks' Victory Parade? Giants' fans have other things to celebrate

Share All sharing options for: Seahawks' Victory Parade? Giants' fans have other things to celebrate

The Super Bowl champion Seattle Seahawks are holding their victory parade today. You don't care about that, though. There is New York Giants' Super Bowl stuff to celebrate today. Which is why the first thing you see in relation to this post is the greatest Super Bowl catch ever made, the David Tyree helmet catch in Super Bowl XLII.

We will get back to Tyree and the 17-14 victory over the previously unbeaten New England Patriots in a second. Today, though, is the two-year anniversary of the Giants' 2012 victory over the Patriots in Super Bowl XLVI. So, take time to discuss and celebrate that today. 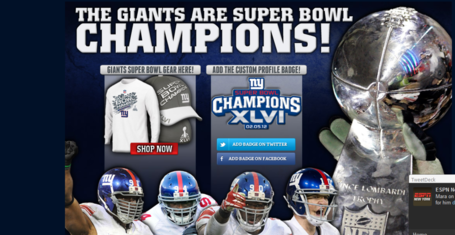 Back to Super Bowl XLII, Tyree, Plaxico Burress and those 18-0 Patriots. Sports Illustrated has named that the best Super Bowl of all time.

The Giants' 20-19 victory over the Buffalo Bills in Super Bowl XXV is No. 8 on the SI list of the 10 best Super Bowls.

By the way, Giants' fans, Will Leicht of Sports on Earth thinks all these Super Bowl titles have made Giants' fans among the most spoiled in the NFL. Honestly, he might have a point. That doesn't mean you have to be happy about it.