Could free-agent center Brian De La Puente fill one of the many needs the New York Giants have along their offensive line?

Rebuilding the offensive line is the top priority for the New York Giants this offseason, and the center position is at the forefront of that effort. David Baas has broken down and seems likely to be let go in a salary-cap move. Jim Cordle is a try-hard player with limited ability. Kevin Boothe is an OK stop-gap, but better suited to play guard. Boothe is also a free agent.

Thus, the center position has to be at the forefront as the Giants try to rebuild their offensive line. We have already discussed free agents Evan Dietrich-Smith (Green Bay Packers) and Alex Mack (Cleveland Browns). Today, let's add New Orleans Saints' free-agent center Brian De La Puente to the list. 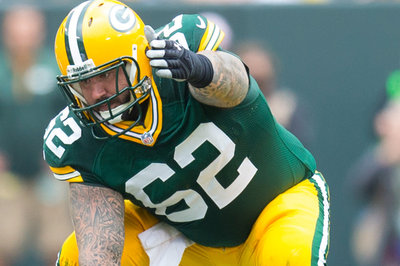 Complete coverage of all of the news and rumors surrounding the New York Giants and NFL Free Agency 2014.

De La Puente entered the league with the San Francisco 49ers in 2008 as an undrafted free agent. He bounced through several organizations before landing with the Saints and taking over as the starter during the 2011 season.

"I'm not sure what his market value will be as a free agent. ... He has been versatile as a pass protector, run blocker and screen-pass blocker in the Saints' multiple offense. ... It may depend on how many teams have a strong need at the center position."

We know the Giants have the need. We also know their history is not to chase the big-ticket free agents, such as Mack. A less-expensive option like De La Puente or Dietrich-Smith seems to be more in line with the way GM Jerry Reese has traditionally approached free agency.