Could Justin Tuck find the free-agent market to be kind to defensive ends?

A season ago, several veteran defensive ends hit the free-agent market looking for a big payday. For the most part, that payday didn't come. Osi Umenyiora left the New York Giants for a modest two-year, $8.5-million deal from the Atlanta Falcons. Many of Umenyiora's contemporaries did not fare even that well.

The National Football Post predicts that defensive ends could fare much better on the free-agent market this time around. That, of course, is good news for veteran Giants' defensive end Justin Tuck, hoping to turn a resurgent 2013 season into one last big NFL payday. If the Post is correct that is bad news for the Giants, especially if they hope not to spend lavishly to keep Tuck. 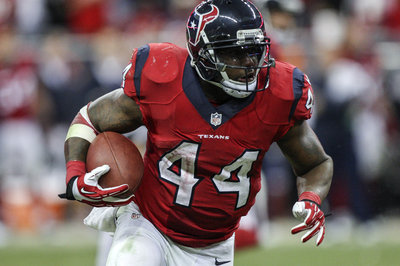 We discussed the right price for Tuck recently. My starting point would be two years and around $9 million. Former agent Joel Corry told me he expects Tuck to seeks $12-$13 million over that two-year period. If the market is as friendly for defensive ends as the NFP expects, he might get it.

NFP also, most likely correctly, anticipates that the Giants will make an aggressive bid to replace Tuck if he leaves. NFP writes:

Make no mistake about it, the New York Giants are a football team that wins games thanks a ferocious front four. The problem for Big Blue, however, is that after the team amassed 48 sacks (fifth in NFL) en route to winning the Super Bowl in 2011, the organization came back the following two seasons to notch just 33 (22nd in NFL) and 34 sacks (25th in NFL), respectively. Osi Umenyiora bolted for Atlanta last offseason and Justin Tuck is headed for the open market next month, so the Giants will be looking for at least one defensive end via free agency or the draft. This team makes noise when it generates consistent pressure and over the last two seasons, that element has been missing from the defensive side of the football.

Many analysts will tell you the NFL is now largely about two things. First, good quarterback play. Second, finding dynamic pass rushers who can disrupt quarterbacks. The Giants had neither a season ago, and it seems unlikely that if Tuck leaves the Giants will simply count on improvement from Jason Pierre-Paul and Damontre Moore. Another dynamic pass rusher, either from defensive end or outside linebacker, would be a welcome addition.