The last time these two teams met the New York Giants throttled the Washington Redskins, 45-14, in Week 4. Larry Donnell caught a trio of touchdown passes and the Giants began to think that maybe, just maybe, they would have a good season.

When they meet Sunday at MetLife Stadium the 4-9 Giants will be coming off their first victory in eight tries. The Redskins will be riding a five-game losing streak. The Giants are 6.5-point favorites. Here is a brief look at how the teams match up. 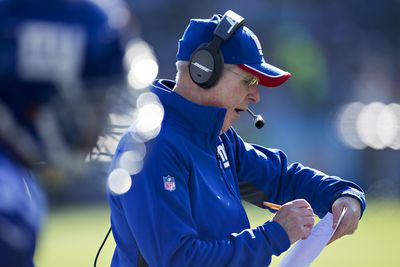 What will Odell Beckham Jr. do this week? Beckham was NFL Offensive Rookie of the Month in November. He already has a jersey on display at the Pro Football Hall of Fame in Canton, Ohio to commemorate the catch he made against the Dallas Cowboys. His 49 catches over the past six games are a rookie record, and the most in the NFL over that period of time. He has been returning punts, running reverses, returning punts and throwing passes. What else can the Giants ask him to do? Play cornerback?

Beyond Beckham, can the Giants build on the 24-carry, 131-yard rushing performance Andre Williams had vs. the Tennessee Titans? Can the offensive line, which did not allow a sack last week, play a second straight impressive game? Can Eli Manning get through a game without making at least one block-headed throw?

When The Redskins Have The Ball

Will it be Colt McCoy, who suffered a neck injury last week against the St. Louis Rams, at quarterback or the beleaguered Robert Griffin III? Unless McCoy is more seriously injured than is currently believed, he will be the likely starter on Sunday.

Pierre Garcon is the leading receiver with 58 catches, but he averages only 10.2 yards per catch. DeSean Jackson is the home run threat. He has 47 catches for 942 yards (20.0 yards per catch) and 5 TDs. Jackson missed last week's game against the Rams with a fibula contusion, but Washington is hopeful Jackson will face the Giants on Sunday.

Can the Giants continue the defensive resurgence from the past two weeks, during which time they have sacked opposing quarterbacks 15 times? Rookie Devon Kennard (4 sacks in two games) has been a big part of that, as has Jason Pierre-Paul and Damontre Moore. Mid-season pickups Chykie Brown and Mike Harris have helped stabilize a secondary ravaged by injuries, as has the return to health of No. 1 corner Dominique Rodgers-Cromartie.

Can the Giants get through another week without all the new, inexperienced players they have hurting them on kickoff nd punt coverage? Can Beckham (8.9 yards per punt return) and Preston Parker (23.4 yards on kickoff returns) continue to lift the return game?

Giants' placekicker Josh Brown is now 16-of-17 for the season after going 5-for-5 in field-goal attempts last week. Punter Steve Weatherford is averaging 45.8 yards per punt, with a 39.1 net.