The Road to MetLife Stadium makes its first postseason stop today with a pair of wild-card round games. The Indianapolis Colts host the Kansas City Chiefs in the AFC and the Philadelphia Eagles host the New Orleans Saints in the NFC. Let's look quickly at both games.

"Any time you can be a part of the turnaround, it's a special feeling," says Chiefs quarterback Alex Smith, in his first season with Kansas City. "These guys have worked hard and deserve a ton of credit. It's special to be a part of this."

The Colts are also familiar with quick turnarounds. In 2011, Indianapolis won two games. In the two seasons since, the Colts have won 22 and gone to the postseason in both years. Quarterback Andrew Luck, who has guided Indianapolis to those 22 wins, has passed for 8,196 yards, the most ever by a player in his first two NFL seasons. Defensive end Robert Mathis was selected to his fifth Pro Bowl and led the league with 19.5 sacks, winning the NFL's first ever Deacon Jones Award.

"We know the postseason's a whole different ball game and it's one-and-done," says Luck. "We're excited about that."

Rootability Index: Well, who you root for here depends partially on your feelings about Chiefs' coach Andy Reid. If you are happy he is having success after being bounced from Philly, that's a reason to root for the Chiefs. Then again, it is really hard not to be an Andrew Luck fan. Me? Well, the head honcho of the football sites around SB Nation is a Chiefs guy. So, I will root for the Chiefs -- or at least say publicly that's what I am going to do.

"We are good enough to do whatever we set out to do," says Brees about the team's playoff chances. "We took a great step in the right direction with this game to get ready for this playoff run."

Playing a win-and-in game for the NFC East title in Week 17, the Eagles defeated Dallas 24-22 to clinch the division. Pro Bowl running back LeSean McCoy won the rushing title (1,607 yards) and quarterback Nick Foles was the passing leader (119.2 passer rating). Wide receiver DeSean Jackson had 1,332 receiving yards this season and the Eagles became the first team ever to have a quarterback with a 100+ rating, a 1,500-yard rusher and a 1,300-yard receiver.

"It's a great feeling," says Jackson about returning to the playoffs. "Our fans are going to go wild. It's a great opportunity to bring the playoffs to Philadelphia on Saturday. We just need to have a great week of practice and get ready for a good team coming in here."

Rootability Index: Are you kidding? This is the Eagles, right? The team that won the NFC title when you were convinced at the beginning of the year the Giants would do that, and you still think they should have. No way you can root for Philly, right? Well, probably not. The only way you can do that is if you really, really, desperately want Saints' quarterbacks coach Joe Lombardi to be the Giants next offensive coordinator. A Saints' loss Saturday would make Lombardi available for interviews. 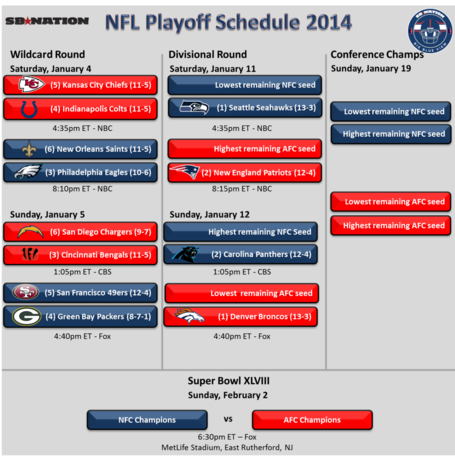