Could the storm that hit the New York/New Jersey area be a precursor of things to come for Super Bowl XLVIII?

No Super Bowl has ever looked like this. In the wake of the massive storm that hit the New York/New Jersey area on Tuesday this is what things look at MetLife Stadium on Wednesday.

Our dedicated team of shovelers! "@bradmayne: Ready for anything including the cold @MLStadium #SB48 pic.twitter.com/mRAoKpkp2O"

The Feb. 2 game at MetLife Stadium between the Denver Broncos and Seattle Seahawks will, of course, be the first Super Bowl played outdoors in a cold-weather climate.

The long-range forecast for Super Bowl Sunday looks OK, so perhaps the NFL will avoid the disaster of a major winter storm disrupting the game. 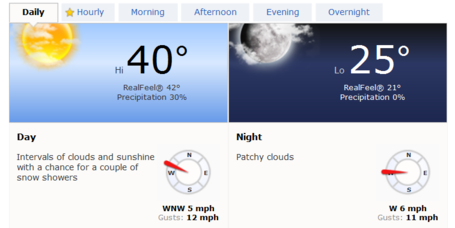