Which Giants deserved praise in 2013? Which deserved scorn? We try to answer that with a season-ending 'Kudos & Wet Willies' review.

The disappointing 2013 season is over for the New York Giants. Fans are waiting on pins-and-needles to see what changes the organization will make in an effort to get back to the playoffs in 2014.

While we wait, let's look back at the just-completed season in our traditional 'Kudos & Wet Willies' fashion. There are players who deserve praise, some who deserve ridicule and others who deserve a little bit of both. We will try to identify all of them. As much as we can we will try not to criticize guys who spent most of the season injured, which means no judgment of running back David Wilson, cornerback Corey Webster and a few other players will be rendered here. There will also be no comment rendered here about the coaching staff.

Victor Cruz -- There were a ton of problems with the Giants' offense in 2013, but Cruz was not one of them. He caught 73 passes for 998 yards before missing the final game with a knee injury. Cruz just needs more help.

Justin Pugh -- A bright spot in a dark time for the Giants' offensive line. Pugh struggled at the start, but was the Giants' best offensive lineman by season's end. He is a guy the Giants can build around. He is also a stand-up guy who seems likely to develop into a locker room leader as time goes on. 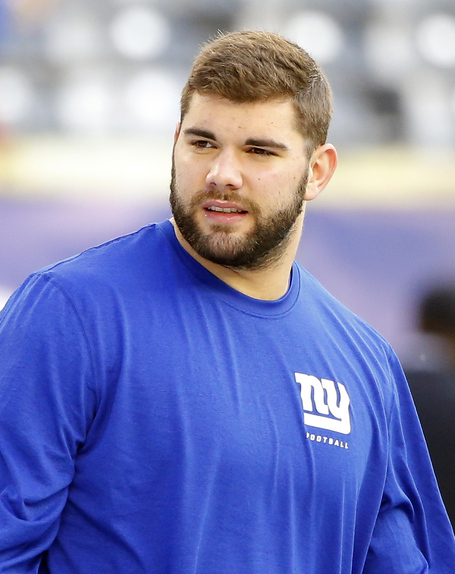 Justin Tuck -- Amazing what good health and a good frame of mind can do. Tuck, with both of those things for the first time in a while, had a tremendous bounce-back season. He had 11 sacks, played terrific run defense and stayed on the field all season. The only question is whether he and the Giants can come to an agreement to keep him in New York.

Antrel Rolle -- Rolle may or may not have been snubbed for the Pro Bowl -- we know he believes he was. Regardless, he had his best season as a Giant. Yes, the counts $9.25 million against the salary cap in 2014, but if you think the Giants will cut him to save money I think you will be wrong. He has become a critical player on the field, and a critical voice supporting Tom Coughlin in the locker room.

Jon Beason -- Beason made a huge difference for the Giants after being acquired from the Carolina Panthers in a mid-season trade. Knee and achilles surgeries have robbed him of some of his athleticism, which shows up in his pass-coverage struggles. His leadership and explosive run-stopping ability are, however, things the Giants have not had at middle linebacker in a long time. The Giants need to bring him back in 2014.

Prince Amukamara -- Wasn't perfect all season, but finally earned enough trust from the coaching staff to shadow Calvin Johnson of Detroit and Pierre Garcon of Washington all over the field the final two weeks.

Will Hill -- Great player. Also a great, big headache. If he can just stay out of trouble he can be special. Anybody want to volunteer to baby-sit Hill away from the field?

Trumaine McBride -- McBride was out of football in 2012. In 2013 he played surprisingly well for the Giants who, basically, turned to him as a last resort after injuries to Corey Webster, Aaron Ross and Jayron Hosley. McBride started 10 games and it will be interesting to see if the Giants have enough faith in him to enter 2014 with him as the corner opposite Amukamara.

Terrell Thomas -- After missing two straight seasons to torn ACLs, Thomas made it through an entire season. Not only that, but he played well as the team's primary slot corner.

Josh Brown -- Made 23-of-26 field goals, including a franchise-record 17 straight, and did a solid job on kickoffs. 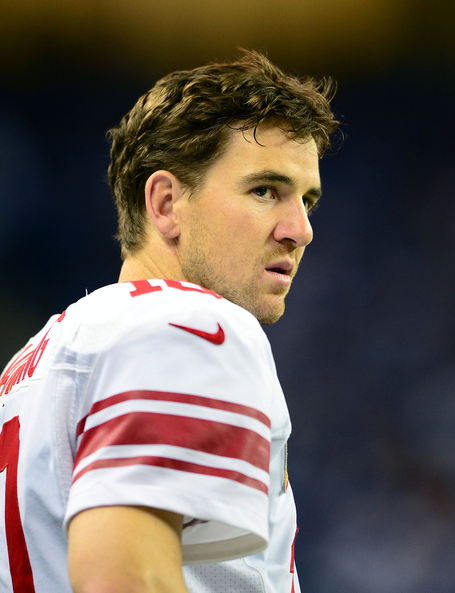 Hakeem Nicks -- Nicks can talk all he wants about how he still believes he is a top-flight wide receiver. He has now had back-to-back down years and simply seemed more interested in protecting himself during the past season than in playing the kind of football that would earn him a big-money contract. He did not help the Giants, or himself, at all in 2013.

Every offensive lineman not named Justin Pugh -- Sad that the rookie first-round pick ended up as the only praise-worthy offensive lineman on the roster. Left tackle Will Beatty deserves a separate 'WW' of his own after surrendering the most sacks of any offensive tackle in the league -- 13. Beatty's -14.3 pass-blocking grade from Pro Football Focus was 71st out of 76 tackles who played at least 25 percent of their team's snaps. The Giants signed Beatty to a five-year, $37-million deal prior to the 2013 season with $19 million guaranteed. They have at least one more year before they can get out from under the deal, so they better hope Beatty improves. Make arguments for whoever you like, but after that there isn't a guaranteed building block among any of the offensive linemen on the current roster. The line is a mess and it's amazing Manning didn't suffer an injury until the final game.

Brandon Myers -- Brought in as a pass-catching tight end Myers had a disappointing year. He caught 47 passes and was rarely more than a receiver of last resort for Manning. He also simply cannot run block, which is a pre-requisite for a Giants' tight end. That makes you wonder why Myers was brought to New York in the first place.

Mathias Kiwanuka -- I hate to be critical of Kiwanuka, but over the past two seasons he has become the defensive version of David Diehl. A player with a terrific past who was a big part of the Giants' two Super Bowl runs, but a guy who simply hasn't shown he can be effective any longer no matter where the Giants put him. At one time he was OK as a linebacker even thought that wasn't his natural position. Last season he was awful there and the Giants gave up on that halfway through the season. This season he played defensive end full time and had one good game out of 16. His PFF grade of -28.1 was by far the worst on the defense and his -19.3 pass-rush grade was the worst on any 4-3 defensive end in the league. The Giants have to find a way to bring Tuck back and jettison Kiwanuka in 2014.

Which Giants' graded well and which did not in 2013? We look at the PFF scores.

Five things the Giants should resolve to do in 2014.

Andre Brown -- Missed the first half of the season and still ended up leading the Giants with 492 yards rushing. Averaged only 3.5 yards per carry, though, and faded late in the year. Over his final three games he carried 40 times for 68 yards, 1.7 yards per carry. Is he the guy the Giants can build a running attack around?

Jerrel Jernigan -- He was great in his final three games, catching 19 passes and scoring three touchdowns. It took two full seasons and 13 games of a third for him to make any impact, however. He also failed -- again -- to earn the punt return job. The 2014 season will tell us if what we saw the final three games is the real Jernigan.

Mark Herzlich -- Failed, for the second straight season, to secure the middle linebacker job. He did, however, lead the team in special teams tackles with 13.

Who is in the wrong category, Giants' fans? Who did I miss entirely? Comment and let me know.