A breakdown of the safety position for the New York Giants as they plan for 2014.

We have been working our way through positional reviews for the New York Giants, and today we come to the final defensive position on the list -- safety.

If there was any position on the 2013 Giants that could have been judged as outstanding, the safety position would have to be the one. Antrel Rolle and Will Hill proved to be one of the best safety combinations in the NFL, and despite the season-ending knee injury to Stevie Brown the Giants had quality depth with veteran Ryan Mundy.

Will Hill -- The 23-year-old Hill proved to be one of the league's most dynamic safeties in 2013. He had 77 tackles, two interceptions, two forced fumbles, a 62.0 passer rating against and a team-best +15.7 Pro Football Focus grade in 12 games. That +15.7 made him the second-highest graded safety in the league behind Devin McCourty of the New England Patriots. The only problem with Hill is those 12 games. He missed the season's first four with his second drug-related suspension in two seasons. Hill has everything it takes to be one of the league's best safeties for the next decade -- provided he can keep himself out of trouble and in the league. Considering his checkered past that is nowhere near a sure thing. Contract Status: Entering final year of three-year, $1.44-million contract.

Antrel Rolle -- The veteran safety had his best season as a Giant. He had a team-high 98 tackles, six interceptions, two sacks and a forced fumble. His +7.4 PFF grade was 10th in the league at the safety position. He was named a co-captain for the first time, and the role undeniably suits him. His leadership helped the Giants turn their season in a positive direction as they struggled through an awful 0-6 start. Contract Status: Entering final year of five-year, $37.5-million contract. Carries a cap hit of $9.25 million.

Ryan Mundy -- The Giants signed Mundy for depth, and they wound up needing him desperately. The season-ending injury to Brown and the suspension of Hill meant Mundy started the first four games, and he started nine in all. He finished with 77 tackles, an interception and a sack. There is nothing special about Mundy, but good teams need players who can step in at any time and perform adequately. Mundy is that type of player. Contract Status: Unrestricted Free Agent 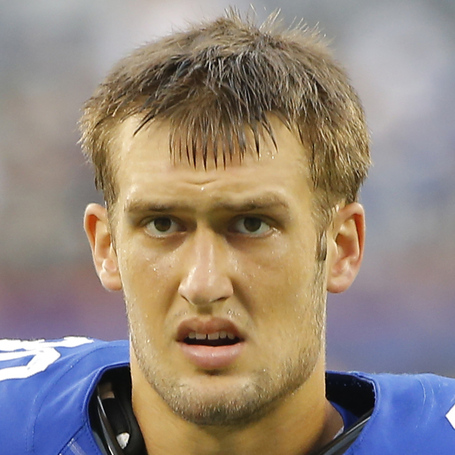 Cooper Taylor -- When the Giants drafted the freakishly big Taylor (6-foot-4, 228 pounds) in the fifth round they were excited by his size, athleticism and ability to play both as a center field type safety and as a player who could move down into the box as a third linebacker. Taylor never really got to show what he could do on the field. He missed a great deal of preseason time with a leg injury, and practiced on a limited basis throughout much of the season as he fought through a shoulder issue. He played only five defensive snaps. Contract Status: Second year of four-year, $2.347-million contract.

Stevie Brown -- His preseason torn ACL, suffered returning an interception vs. the New York Jets, was one of the season's most unfortunate for the Giants. After two non-descript seasons with the Oakland Raiders and Indianapolis Colts, Brown came to the Giants in 2012 and emerged as a dynamic playmaker. The 5-foot-11, 221-pound Brown had eight interceptions and 76 tackles while starting 11 games in 2012. The prospect of getting Brown, Hill and Rolle together on the field has to excite defensive coordinator Perry Fewell, who is known for employing the three-safety package. Brown is an unrestricted free agent, but there probably won't be a huge market for him after missing all of 2012. Contract Status: Unrestricted Free Agent

I can't see the Giants using a lot of resources in either free agency or the 2014 NFL Draft at this position. If they can keep Hill out of trouble and get Brown re-signed to go with Taylor they should have plenty of depth. Mundy seems likely to move on if the Giants re-sign Brown, but he's a capable fall-back option if they have room for him under the salary cap.