Can the Giants break the pattern they have established the past few seasons?

The modus operandi of the New York Giants during the Tom Coughlin era is well established. Start fast, gag somewhere during the second half of the season -- usually in November -- and then aim to right the ship for a late-season run to glory.

Twice the stars have aligned perfectly and that formula has led to Super Bowl titles. In three of the past four seasons, however, that M.O. has sent the Giants home without so much as a playoff berth.

No one in the Giants' organization, and probably no Giants' fan, would trade those two titles for consistent playoff berths that did not lead to titles. In other words, no one connected with the Giants would trade places with the New England Patriots.

Yet, missing the playoffs gets old and general manager Jerry Reese did put everybody on notice that doing so again this season was not acceptable.

Can this year be different for the Giants? Can they change the fast start, November swoon, backs to the wall regular-season finish that has become so commonplace for this team?

Nobody knows for sure. There is, after all, no precise blueprint that shows them how to change that tendency -- especially with much of the core group still in place.

There is, however, a different feel to the 2013 Giants. Entering Sunday's season-opener against the Dallas Cowboys this does not feel like a team running on all cylinders quite yet. Coughlin knows it.

"We are a work in progress, as I said many times, and I think that continues to a certain extent, but we certainly do know what we have and we do know what our plan is," Coughlin said on Wednesday.

Evidence of the Giants being a "work in progress" is everywhere. 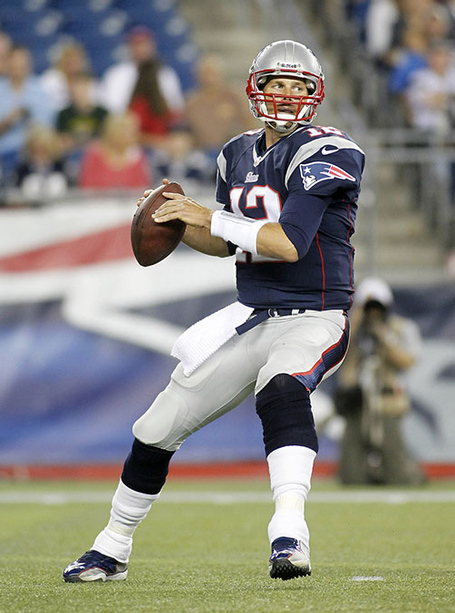 Let's look at the offense.

The Giants are nowhere near being whole on offense as the season begins. For starters, there is the revamped offensive line. Maybe having new starters Justin Pugh at right tackle and James Brewer at left guard, with veteran Kevin Boothe sliding to center, will work out great. Maybe it won't. Maybe we find out how important David Baas is to the Giants. Maybe some of you even end up pining for the return of David Diehl.

Fullback Henry Hynoski might play Sunday. Then again, he might not. Whether he does or not, Hynoski has really just begun practicing and there is no way he can be as game-ready as he would have been had he been practicing for the past few months.

The same goes for wide receiver. Victor Cruz missed a couple of weeks of practice with his heel injury. It sound like he will play, but will the layoff impact him and will he be 100 percent? What to make of Hakeem Nicks? I still don't think we have seen Nicks go all-out. Can he turn it on Sunday night?

The running game probably won't be whole until midseason when Andre Brown should come off short-term injured reserve.

How about the defense?

The big question, of course, is the readiness of Jason Pierre-Paul. The star defensive end is still not promising to play Sunday night. Even if he does, there has to be question about how many snaps he can play and how close to being in All-Pro form he will be. It stands to reason that JPP will get better as the season goes along.

Third-round pick Damontre Moore looked like a star in the making in his preseason debut, but a shoulder injury has kept him sidelined since. It sounds like Moore still needs some time, not necessarily to get healthy but to catch up because of the time he missed. He might be a factor down the road.

In the end, it isn't hard to envision the Giants heading right down to the last couple of weeks of the season -- games against the Detroit Lions and Washington Redskins -- needing victories to assure a playoff berth.

That would be a typical finish to a Giants' season. Somehow, though, it feels like they may take an atypical path to get there.

Giants vs. Cowboys 2013, Week 1: Everything you need to know