After beating the Giants, the Broncos maintain their spot atop the rankings

After a heart-pounding Week 2 in the NFL, a shakeup in Week 3 NFL Power Rankings is inevitable. Big Blue View ranks each team after their first two games.

Maintaining their spot atop the rankings are the Denver Broncos, who continue to look unstoppable on offense and can make the defensive stops when need be. 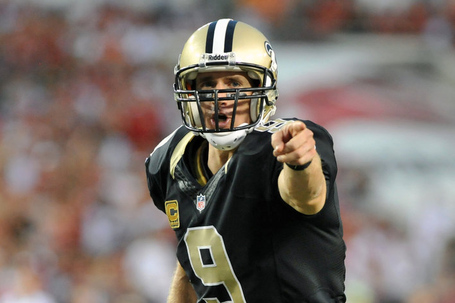 The Giants are even lower in SB Nation's rankings than they are here.

1. Denver Broncos (2-0): Peyton takes another Manning Bowl title, as his Broncos look to be the class of the AFC. (Last week: 1)

2. Seattle Seahawks (2-0): Seattle not only topped its division rival; they dismantled them. (LW: 3)

3. New England Patriots (2-0: Tom Brady could use a running game, a veteran wide receiver and a tight end, but even without his main weapons his Pats remain unbeaten. (LW: 4)

4. San Francisco 49ers (1-1): Even though they failed to show up in Seattle, we know this team is capable of beating any team on any given Sunday. (LW: 3)

7. Chicago Bears (2-0): We're used to defense being the mantra in the Windy City, but under Marc Trestman the new-look Bears have major offensive power. (LW: 12)

8. Atlanta Falcons (1-1): Atlanta got off to a hot start in its home opener, but the Falcons will need Steven Jackson to sustain success throughout the season. (LW: 6)

9. Baltimore Ravens (1-1): Despite hosting the Browns and having their Super Bowl banner unveiled in front of the home crowd, the Ravens came out flat and had to rally in the second half. Yikes. (LW: 7)

10. Houston Texans (2-0): Week 1 Houston had to come back late and this week the Texans were forced into overtime at home. What's troubling the Texans? (LW: 13)

11. Kansas City Chiefs (2-0): The Chiefs surged in the rankings. Andy Reid is making all the right moves with his new chess pieces (LW: 18)

12. Indianapolis Colts (1-1): Watching Andrew Luck play football is just fun. This team is only going to get better. (LW: 11)

16. St. Louis Rams (1-1): The Rams' second-half effort was impressive, but they'll have to prove to they can hang a full four quarters with the heavy weights to be considered a true contender. (LW 14)

17: San Diego Chargers (1-1): Whatever Mike McCoy is doing in San Diego, it's working. Philip Rivers, the defense both look reinvigorated. Don't sleep on these Bolts! (LW: 22)

22: New York Jets (1-1): Even though the Patriots were not at full strength, Geno Smith and the D kept it closer than anticipated. (LW: 21)

24: Washington Redskins (0-2): There are talks about benching Robert Griffin III? Can you bench an entire defense first? (LW: 19)

25. Minnesota Vikings (0-2): Despite the win column being empty, the Vikings are competitive week in and week out. (LW: 23)

26. Tampa Bay Buccaneers (0-2): Something's rotten between Josh Freeman and Greg Schiano. It has to be straightened out if the Bucs are going to compete like we all expected them to. (LW: 25)

29. Oakland Raiders (1-1): A Darren McFadden sighting in the Bay Area. He'll be crucial for the Black and Silver being competitive this season. (LW: 30)

32. Jacksonville Jaguars (0-2): The Jaguars are making the strongest case to draft Teddy Bridgewater next spring. (LW: 32)