The Denver Broncos opened the season with an offensive explosion. Peyton Manning threw for 462 yards and seven touchdowns against the defending champions on opening night.

And next up, the New York Giants.

Denver added Wes Welker to an already talented receiving corps of Demaryius Thomas and Eric Decker this season. The team also drafted Montee Ball out of Wisconsin to team up with Ronnie Hillman and Knowshon Moreno. Then there's Julius Thomas, who is emerging at tight end. 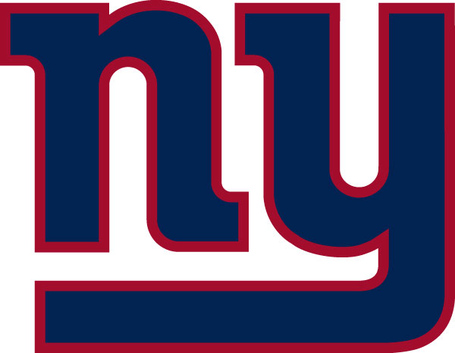 Giants defensive coordinator Perry Fewell called the Broncos explosive and potent, with so many different ways of attacking a defense.

"Peyton is Peyton. With the addition of Welker, they really have a strong passing attack," he said. "The running game has improved. It's a very explosive offense. They can catch a screen pass and go 70 or they can catch a five-yard ball and clip the ball and move it down the field, so it's a very potent offense."

Even more impressive was the Broncos scored 35 of their 49 points in the second half. When asked about the second-half performance, Fewell just said wow.

But in watching the tape, Fewell said he believes his unit can learn something from watching how Peyton sliced up the Baltimore Ravens defense.

"They're so explosive and Peyton is the type of player that drives the offense and puts the pedal to the metal to make them to go faster, to push them to score points," he said. "He just doesn't let up and you can see the other guys gaining energy and gaining confidence from him, so you need to try and make a play in order to break that momentum ... Can you make a play a play to stop that momentum because (Manning) goes for the jugular."

The last time Fewell game-planned for Manning was back in 2010, when Manning was a member of the Indianapolis Colts. In that Week 2 showdown, Manning threw for 255 yards and three touchdown passes, while then-Colts running backs Joseph Addai and Donald Brown combined for 161 yards and a score.

Fewell said he was trying to pressure Manning as well as dare the Colts to run the ball, and while those were necessary parts of the game plan, there's a lot more to take into account.

"There were some things we prepared for and that we did that I wouldn't do again," he said. "I would just say that we're doing it differently because there's something things that when you go into a contest and you have a plan against a guy like that you come out and make some notes and try to improve on those notes.

"So definitely the mindset then was to stop the pass and not the run. That's not my mindset this time."

Of course, these Broncos are arguably even more talented than Manning's old Colts teams. One of the reasons is Manning's newest weapon, Welker.

Fewell has game-planned for Welker quite a bit in recent years when Welker was catching passed from Tom Brady. Not much has changed, the coordinator admits, and yet again he'll receive plenty of attention on Sunday.

"You can try to take him out and be physical with him, but he finds a way to win ... I'm sure Peyton expects him to win matchups also," Fewell said. "Peyton gets him involved in the offense in a way that he feels that's a seamless transition, and he has the ability to take it vertically and go down the field and has the ability to work you inside. So it's classic Wes Welker,"