ANALYSIS: What do the Giants do at linebacker now?

With Dan Connor in injured reserve what will happen with the Giants' linebackers?

Share All sharing options for: ANALYSIS: What do the Giants do at linebacker now?

Why, exactly did the New York Giants place starting middle linebacker Dan Connor on season-ending injured reserve with a neck burner that, from most accounts, is likely a short-term injury? On top of that, with Connor out of the picture what the heck do the Giants do at middle linebacker if Mark Herzlich can't handle the job?

This stinks for the 27-year-old Connor. He had earned the starting job after coming from the Dallas Cowboys as a free agent. Connor's second burner in as many games (he suffered one in the preseason finale vs. the New England Patriots) put the Giants in a bad spot, though.

Be upset with the organization for structuring a 53-man roster with only five linebackers if you must, but that is what the Giants did. They felt the necessity to keep defensive tackle Shaun Rogers and cornerback Trumaine McBride to be greater than Kyle Bosworth, so Bosworth was sent packing. This was one of the risks of that move. 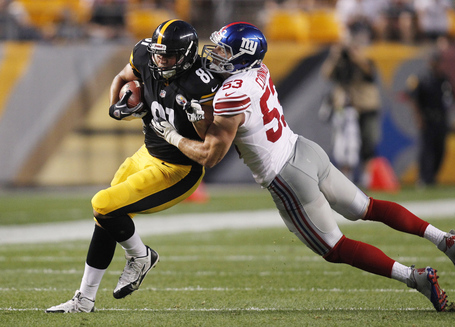 Connor did not practice Wednesday or Thursday and appeared unlikely to play this week, and possibly for a couple of weeks after that.

Too difficult in the end for the Giants to wait around.

When the Giants were awarded middle linebacker Allen Bradford off waivers from the Seattle Seahawks they basically cut bait with Connor, dropping him to injured reserve.

Getting To Know Allen Bradford 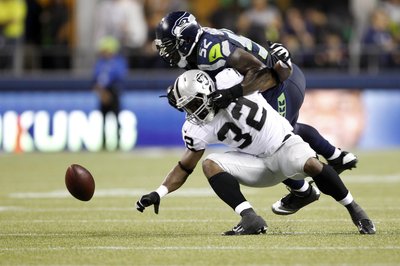 What might Allen Bradford bring to the New York Giants? Here is a brief look.

This is one of the unfortunate aspects of current NFL rules. Teams get one short-term IR designation each season, a rule that was implemented just last season. The Giants, as you are likely well aware, have already used that designation on running back Andre Brown, who suffered a fractured leg in the preseason finale.

The Giants are already carrying a number of players on their 53-man roster who can't currently play. David Diehl and Adrien Robinson are in that category. Damontre Moore has not suited up since the first preseason game. Ryan Nassib is occupying a roster spot despite the probability he won't see the field this season.

Quite simply, the Giants were forced to IR Connor because they made the determination that they could not hold any more roster spots for players who were not going to play.

I have been calling for years for the NFL to go beyond its single short-term IR designation and institute a baseball-style 'disabled list.' Why not allow teams to designate players as 'disabled' for two, four, six, maybe even eight games before having to place them on injured reserve with no option of returning?

Would this not improve the product? At season's end you would have players returning to action who earned the right to be on 53-man rosters in the first place, rather than having rosters dotted with a half-dozen or more 'street free agents' who are playing while now-healthy players watch helplessly because they are on IR?

Now, let's talk about Herzlich and the future of the middle linebacker position.

Herzlich is a popular figure because of his story, beating cancer, which we won't belabor. There has always been the hope that he would return to the absolute dominance he showed at Boston College pre-cancer. Do you have complete confidence Herzlich can handle the job? The Giants will say they do, because right now they have to. Their actions the past two years, though, tell you otherwise.

Reality is, the Giants tried to hand Herzlich the middle linebacker job in 2012. He couldn't grab it, however, leaving the Giants to muddle along with Chase Blackburn in the middle. Yes, Blackburn was a likable and hard-working player, and a guy who helped the Giants immensely in their 2011 Super Bowl run. He was also a below-average athlete for the position who wasn't incredibly physical at the point of attack, was mediocre in coverage, was not a starter his first six years in the league and began his seventh at home on his couch without a job.

This season the Giants signed Connor, but from the first day of OTAs Herzlich ran with the first unit. That did not change until after the first preseason game, when it simply became apparent that -- whatever the individual statistics -- the Giants' run defense was better with Connor on the field than it was with Herzlich.

What does it say about Herzlich that he lost a job the Giants tried to give him two years in a row, this time to a journeyman linebacker on his third NFL team? You be the judge of that.

Maybe Herzlich will rise to the challenge and become the anchor in the middle of the defense. What if, however, he proves to be a liability? What do the Giants do then?

Who knows what newly-signed middle linebacker Allen Bradford brings to the table? Maybe we find out eventually, but you suspect Bradford starting at middle linebacker would be an act of desperation by the Giants that they wouldn't undertake until well into the season.

The only other alternatives are the current starting outside linebackers, Keith Rivers and Spencer Paysinger. After the Connor news broke Thursday I saw various writers on Twitter making their cases for either of those two if Herzlich fails.

Rivers, if memory serves, played middle linebacker a little bit in nickel or dime situations when he was with the Cincinnati Bengals. Paysinger, a third-year player starting for the first time this season as the Giants' weak-side linebacker, has never played the position professionally. 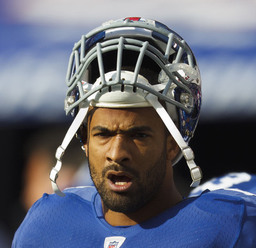 My choice? If it comes to it, I would like to see Paysinger there. The 25-year-old has emerged increasingly as a leader and a spokesman for the linebackers, characteristics you want from your middle linebacker. He also seems to have the intelligence to adapt to the position. Does he have the physicality to handle the middle? That would be the biggest question.

Perhaps it's a move the Giants might make eventually regardless of what Herzlich does. The Giants would be well-served by getting Jacquian Williams on the field more. Williams is playing in nickel situations, but is behind Paysinger on the weak side.

In the end the Giants best group might be Paysinger-Williams-Rivers with either Paysinger or Rivers in the middle.

Is there a free agent out there who might help? Former Giants Michael Boley remains unsigned, but if the Giants had not found him wanting he would still be with them. One intriguing name on the market is outside linebacker Jo-Lonn Dunbar, currently serving a four-game suspension for violating the league's performance enhancing drug policy. Dunbar was cut by the Rams despite 4.5 sacks, 112 tackles and two interceptions last season.

No matter how it plays out it will be a fascinating -- and important -- situation to watch this season.