New York Giants rookies get their first taste of NFL action against an opposing team on Saturday night. Here is an overview of what the rookies have looked like so far, and what to expect vs. the Pittsburgh Steelers.

Saturday's New York Giants vs. Pittsburgh Steelers preseason game will be the professional debut for many of the players on the Giants 90-man roster. Let's run down the list of the Giants' draft choices with some impressions of what we have seen thus far, and what we might be able to expect from each of them vs. the Steelers. 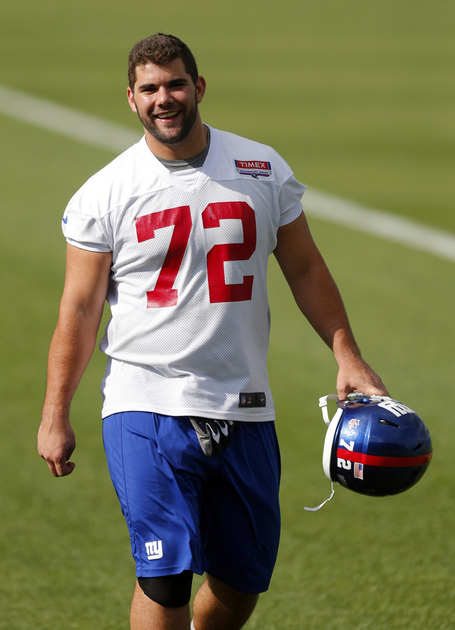 Pugh will not play Saturday night due to a concussion he sustained about a week ago. Giants coach Tom Coughlin said Wednesday that he expects Pugh will be ready to return to practice next week when the Giants reconvene for practice Monday following the game against Pittsburgh.

Pugh had been competing with veteran David Diehl for the right tackle job throughout the early part of camp, and it appeared as if Diehl was winning. Early in camp, offensive line coach Pat Flaherty said "right tackle is David Diehl." Pugh received a few first-team reps and some work as a third tight end before suffering the concussion, but clearly has yet to do enough to unseat Diehl, who has lost weight and is having an impressive camp after playing through a knee injury in 2012.

The big man (6-foot-3, 320 pounds) from Ohio State was drafted to help the Giants shore up a defensive tackle position that was a weakness in 2012, when the Giants surrendered 4.6 yards per carry against the run. So far, Hankins appears to be working with the second unit -- meaning he could be in line for regular playing time once the regular season begins.

Defensive line coach Robert Nunn has been impressed by Hankins so far.

"He has really surprised me coming in. I thought he did an outstanding job between when he started until now with his body," Nunn said. "He’s worked, he’s trimmed up, he’s gotten stronger, if he continues to do that I think he’s another young player that’s going to contribute to us."

Nunn is anxious to see Hankins "when we start shooting real bullets." Which is what will happen Saturday night against Pittsburgh. Expect to see Hankins get a fair amount of snaps vs. the Steelers.

'DaMonster' has had a good training camp. He has shown pass-rush skills and willingness to learn. The 20-year-old also got the better of Pugh the majority of the time before Pugh suffered a concussion.

Defensive line coach Robert Nunn has been impressed enough to say that Moore is "off to an outstanding start" and should "contribute early" to the defense.

Moore has been working with the second unit, and should see a significant amount of playing time Saturday night. 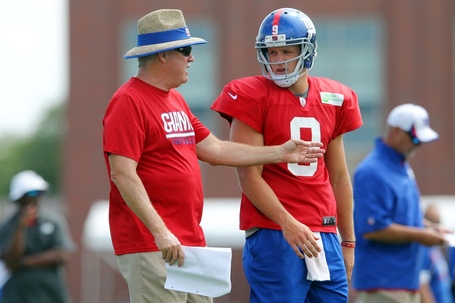 Nassib has had an up-and-down camp, with some beautiful throws and some that have been, well, less than beautiful. Quarterbacks coach Sean Ryan isn't worried about the inconsistency.

"He’s got a strong arm. We knew that going in. Him getting more comfortable with the concepts, that’s going to start showing in terms of his accuracy," Ryan said.

Best guess here is that Nassib opens the season as the Giants' No. 3 quarterback, with David Carr at No. 2. Right now he just doesn't look ready to be trusted when it matters.

As for Saturday night, Nassib should receiver a significant amount of playing time. He might play more than any of the Giants' other three quarterbacks.

Taylor has had a relatively quiet camp, although it is obvious that the 6-43/4, 229-pound safety from Richmond has athleticism. Unfortunately, he won't get to showcase it on Saturday as he suffered a hamstring injury earlier this week during practice and will be sidelined vs. the Steelers.

When the Giants drafted Taylor there was a lot of speculation about him being used in the third safety role, using his size to play in the box as a linebacker. The Giants, though, seem to be using him more as a traditional safety during training camp.

Herman came to the Giants with a reputation as a strong, physical, bruising run blocker. With the constraints of training camp practices, those are difficult qualities to judge.

Herman's path to the roster seems to be a difficult one, with Chris Snee and Kevin Boothe starting at guard, and Brandon Mosley, James Brewer, Jim Cordle and Selvish Capers all possibly standing in his way. Perhaps Saturday night, when neither Snee nor Brewer will play, will be Herman's best chance to impress the Giants. Herman figures to play a lot in the second half vs. Pittsburgh.

"It doesn't matter how many snaps you get or don't get," Herman told me on Thursday. "Having the opportunity to be on the field and showcase your ability is huge. If I get more reps then I get more reps. I'm just going to play to the best of my ability." 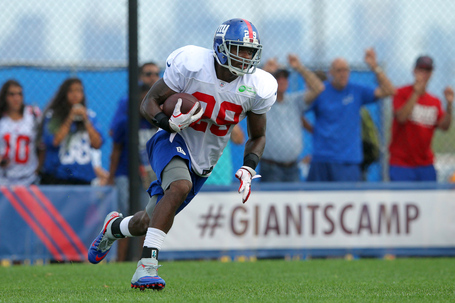 There is an opening right now for a third running back with the Giants behind David Wilson and Andre Brown, and right now the rookie from UMass has as good a shot at the job as veterans Ryan Torain and Da'Rel Scott. Cox has shown some speed, nimble feet and the ability to return kickoffs.

Cox figures to see a considerable amount of action Saturday as Wilson and Brown are likely to only get a coule of carries each.

Here are a couple of names to be aware of: