Here are the practice squad rules and Giants who are eligible, with a little help from NYG Salary Cap Central.

New York Giants Salary Cap Central does some excellent work keeping on top of -- what else -- the New York Giants' salary cap. I have to say, though, that while the cap is important I don't know how anyone can devote themselves completely to studying and writing about it.

That aside, NYGCapCentral has posted an excellent graphic listing all of the Giants' players who are eligible for the team's eight-man practice squad. 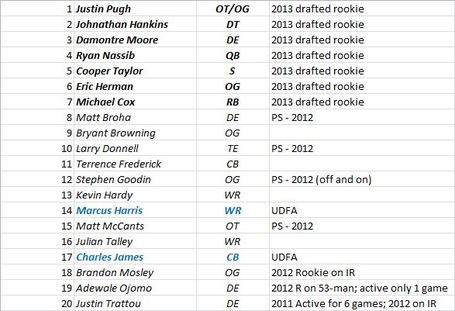 Neither of those things can happen. Here are the practice squad rules, again with 'Kudos' to NYGCap for unearthing the link.