New York Giants' news, 8/24: David Wilson will be 'lead dog' at running back

Share All sharing options for: New York Giants' news, 8/24: David Wilson will be 'lead dog' at running back

New York Giants' general manager Jerry Reese said duyring the offseaosn he though David Wilson could be a "lead dog" at running back. On Friday Reese confirmed what was already widely believed to be the case -- Wilson will be the starter at running back for the Giants this season.

"We expect (Wilson) to be our starter, and be in the backfield with Andre Brown, who had a terrific season going last year until he got hurt," Reese said on ESPN Radio today. "(Brown's) had the injury bug a little bit since he’s been in the league. But if he can stay healthy, and David Wilson comes on like we expect him too, we think we can have a pretty dynamic backfield."

Tom Coughlin says MetLife Super Bowl serves as 'constant reminder' for Giants | NJ.com
"Every team in the league… There are 32 teams that the Super Bowl championship is their goal right now," Coughlin said. "But we have to make sure we take care of all the nuts and bolts in order to get to a position where you’re even able to compete for something like that. Yes, it is a reminder. It’s all positive, provided all the work that has to go into it prevails."

Giants kicker Josh Brown steps into void left by Lawrence Tynes | NJ.com
"This is a great situation," said Brown, who spent his first five seasons with the Seahawks and then four more in St. Louis, before his cameo with Cincinnati last season. "I’m with one of those prime organizations, a place guys want to play. This is a great place to be."

NY Giants Co-Owner Steve Tisch -- 'Hard Knocks' Is BAD for NFL Players | TMZ.com
James Harrison might be on to something, 'cause "Hard Knocks" is the kind of show that can DESTROY a football team ... so says NY Giants co-owner Steve Tisch.

Giants' Justin Trattou is making a name for himself | NJ.com
Trattou, who spent last season on injured reserve with a foot injury, has two sacks and a batted pass among his four tackles this preseason. The 6-foot-4, 255-pounder has been a constant presence in opposing backfields and plays on all of the Giants special teams. 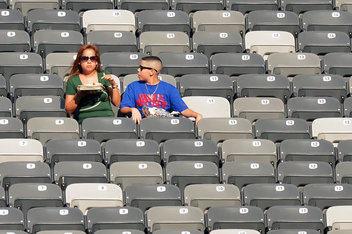 Everything you need to know about Giants vs. Jets is right here.

"It’s definitely going well," Trattou said. "I feel like the year off gave me a chance to get in great shape. I was able to get 100 percent healthy.

"I was able to really improve my speed and quickness. I’ve been focusing on being lean and fast as oppose to being bulky and stronger. I was able to keep all my strength and get faster."

Hynoski in Race Against Clock to Make Giants’ Opener - NYTimes.com
The Giants fullback has been out of action since injuring his left knee May 22, the first day of organized team activities.

Bruce Allen calls NFC East ‘the SEC of the NFL’
"There’s so many changes in the playoff teams each year — I think half of them change each year anyway," the GM noted. "And in our division, you know, we’re in the SEC of the NFL. This is the big leagues. I think when the Giants last won the Super Bowl, they won it with a 9-7 record. So we have to keep competing in our division, and that’s what our focus is.

"And if we can hold our ground in the division, we’re going to be ok, because they are elite teams in our division," Allen continue. "That’s where our focus has to remain. We were successful [last year] — 5-1 in the division — and that leads to good things. I think once again the young talent that we have on the team, they tasted success. As long as they’re not spoiled by that little bit of success, then it bodes well for our future."

Running man: Vick plans to be a dual threat
"I'm going to have the opportunity to do what I want to do in this offense and run the football," Vick said. "And yes, I will be a threat."

Vick spent the offseason preparing for more running. His carries per game fluctuated from 8.3 in 2010 to 5.8 in 2011 to 6.2 in 2012. He's noticeably bigger - he said last month he added four pounds of muscle to withstand more hits.