This year's fantasy draft will feature a quarterback and tight end position that is full of talent and should allow you to wait to pick your starter.

Every fantasy football draft has it's own rhythm. Some leagues draft quarterbacks like there's a storm coming and they need to fill that slot before the drat closes. Some leagues march to the beat of the ground game and runningbacks roll off the draft list like dominoes. Calvin Johnson, the only sure thing wide receiver to be a first-rounder the last few years, is once again a sure thing first-round producer. 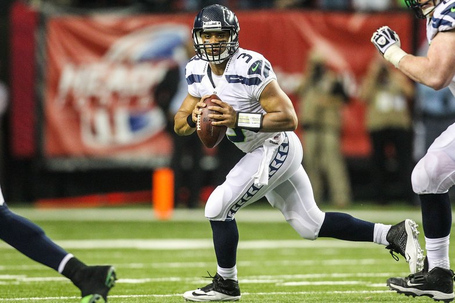 In short, I don't endorse any particular way to draft because every league is different. You have to be flexible and be prepared for anything. I do think you should have a best-case and worst-case contingency plan already worked out. There's nothing worse than picking a guy early who you didn't think would make it to you and not being prepared to draft his handcuff at the proper point later on in the draft.

One example of this possibly happening this year would be if you were picking late in the first round and everyone was scared off of Arian Foster because of his lingering back issue. You immediately jump at the chance to draft a possible top 3 fantasy player without ever thinking about what pick you'll have to spend to get his backup, Ben Tate, later in the draft. Believe me you will be sorry when you glance at your draft magazine printed in April and it shows Ben Tate as a ninth-round pick. You sit and wait and your buddy takes Tate in the seventh and you're left worrying the rest of the year that Foster might get hurt, or worse, forced to make a lopsided trade to get a backup.

The one thing you don't want to do is force a pick at a position that is deep. Usually the onesie positions are pretty deep from year to year. This year they are extremely deep. There are tiers to each position in fantasy football, but quarterback and tight end have a very small top tier and then a bunch of guys that should all finish bunched up at the end of the season.

The rest are all QB 2 types, but anyone (Except Mark Sanchez) could make a jump up the list.

When drafting either of these positions it's all about what you're comfortable doing. If you need a must start QB with no questions asked week in and week out then you need to stick to those top two tiers and pay whatever price your draft dictates. If you don't mind playing matchups and banking on a quarterback bouncing back to an elite level (Matthew Stafford) or taking a leap to an elite level (Andrew Luck) then you can wait until QB tier 3 guys start to come off the board and build up your team elsewhere in the meantime.

Tight end is a position I largely ignore. I don't mean I ignore projections an analyzing the position. I mean that I try not to get sucked into drafting a tight end too early in a draft unless it's a guy that's a difference maker at a clear cut value. Jimmy Graham in the mid-second round. VALUE! Rob Gronkowski or Jason Witten in the fifth round. VALUE! Anyone after that will have to wait until the ninth round for me to even consider taking a look. There are just too many good players available (Cecil Shorts III, Michael Williams, Anquan Boldin, T.Y. Hilton) in the sixth through eighth rounds for me to take a tight end who can get outscored by someone taken in the 12th round. Don't force it just to get a starter's spot filled.

Check back next week when I go over my final running back and wide receiver tiers and let you know how I will be attacking every fantasy football draft this year.

You can get in touch with me anytime by following me on twitter @Coachesser or by liking my Facebook page CoachEsser's Playbook. You can also see all my latest rankings and fantasy articles at www.coachesser.com.