Six players were declared eligible for the NFL's supplemental draft, which is set to be held on Thursday, July 11.

Though some of the prospects could wind up helping out a team, this year's crop of talent does not include any major standout players -- at least like it did last year, when former Baylor receiver Josh Gordon was available (and was eventually scooped up by the Cleveland Browns).

At least one player has been selected in the supplemental draft in each of the last four years and the last seven times the NFL granted players eligibility. In 2008, the event was cancelled due to a lack of qualified prospects.

The New York Giants have selected players five players in the supplemental draft era, including James Robinson and Kirby Warren and Gary Zimmerman -- a future Hall of Fame tackle -- in 1984; and Dave Brown in 1992 and Tito Wooten in 1994.

Wooten was the last player the team picked up via the supplemental draft. 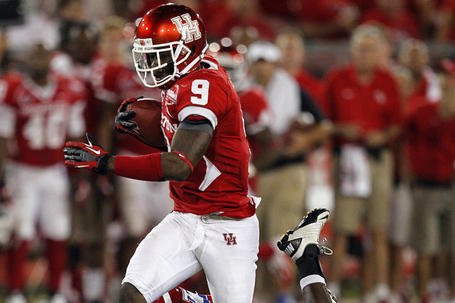 SB Nation draft expert Dan Kadar looks at the six players who will be available in Thursday's Supplemental Draft.

Smith started at cornerback as a true freshman at Western Michigan, but transferred to South Alabama after an altercation with a teammate. At Jacksonville State's Pro Day, he measured in at 5-foot-11 and 184 pounds and registered a 40 time in the 4.4s.

Boyd originally signed to play with USC in 2009, but after playing in just two games in 2010 he transferred to West Los Angeles City College. He then signed with UNLV, and in 2011 started eight games at defensive end.

Boyd registered 21 tackles and 2.5 sacks on the season, and missed the Rebel's final four games.

His former teammate, Holloway, is the prime size for a professional nose guard. Holloway was expected to compete for a starting job in 2013, but academic struggles were a consistent setback. Last season, Holloway did not record any statistics and in June, he was one of six players to leave the team for undisclosed reasons.

Jackson, too, struggled with academic issues, which caused him to miss time last season. In 2011, he recorded 14 tackles, three for a loss, and a blocked punt in nine games (two starts) for Central Florida.