What the Redskins can accomplish in 2013 depends, first and foremost, on the health of Robert Griffin III.

Last year the Washington Redskins showed signs of promise by finishing first in the NFC East for the first time since 1999 and only the third time since the 1991 season and the major reason for that is the young and exciting Robert Griffin III -- a player the Redskins had to give up a lot in order to jockey for the draft position to get. Will not having a first round pick in the 2013 or 2014 draft curtail the growth of the Redskins, or will the potential brilliance of RGIII overcome the lack of first-round picks. 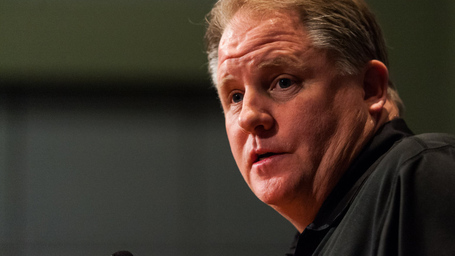 A look back at the off-season for the Eagles.

The Redskins, low on cap space and high draft picks, didn't have the kind of signature off-season Daniel Synder is notorious for and instead used a more under-the-radar approach.

Second-round pick cornerback David Amerson -- Washington's first pick of the 2013 NFL Draft was the talented cornerback prospect from North Carolina State. The Redskins had a poor pass defense last year (30th overall) and adding Amerson could be a step in the right direction.

E.J. Biggers cornerback, formerly of the Buccaneers. Biggers graded out with a +6.2 in pass coverage last year with the Buccaneers, per Pro Football Focus, which can only help the Redskins.

Daryl Tapp, linebacker, and Jeremy Trueblood, offensive lineman. Trueblood only played 82 snaps last year and had a -20.9 PFF score the year before. Tapp scored a +2.7 with the Eagles last season. Neither player is a major difference maker.

What's new with the Redskins for the 2013 NFL season? Practically nothing, but that might not be such a bad thing. Sometimes it's the subtle roster moves that result in the major payoffs, and the Redskins have tried the other approach of spending big money on free agents with little success. It seems very overly simplistic to say, but the season probably comes down to how well defenses can adjust to the unique element the Redskins offense provides, as well as how healthy the team can stay, specifically RGIII. In theory, the Redskins will now play the first place scheduled as opposed to the last place schedule, but that is all meaningless until the season starts. The Redskins probably had the least exciting off-season of all the NFC East teams. The Eagles hired a new coach, the Giants will be hosting the Super Bowl, had the Victor Cruz stuff and had some roster movement The Cowboys are the Cowboys, and the Redskins had sportscasters debating the offensive nature of the team name and whether or not it is suitable moving forward. The Redskins did not over-haul their roster and didn't add much to it, the question is can they maintain the level of success they had last year?