Victor Cruz has signed his one-year contract tender, removing the possibility of a 2013 holdout.

Per Ralph Vacchiano of the Daily News, Cruz signed the tender Friday morning at the Timex Performance Center.

ESPN reported that Cruz will "continue talks for a long-term deal before camp starts."

Cruz and the Giants have been trying to come to terms on a long-term deal. The Giants could have reduced Cruz's RFA tender to $630,000 on Monday if he had not signed it be then. 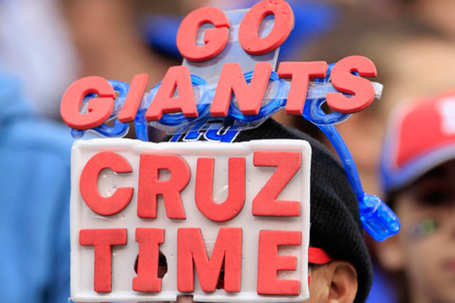 A look at some of the Twitter reaction to Victor Cruz signing his one-year tender.

Reports have been that the Giants have offered Cruz a deal of around $8 million annually. The Daily News says Cruz "is refusing to settle for anything less an average of $9 million."

Pro Football Talk reported that "a training-camp holdout is still possible" for Cruz despite signing the tender. That seems unlikely, though, as Cruz could be fined $30,000 per day if he does not show up for training camp.

The Giants currently have slightly more than $3.3 million in salary cap space for 2013, including the Cruz tender. If Cruz and the Giants are unable to come to a deal it looks like they will head into next offseason with both Cruz and Hakeem Nicks eligible to head into free agency.

Victor Cruz Free Agency Rumors: Everything you need to know