Kyle Bosworth met the media Thursday on his first day as a member of the New York Giants.

Kyle Bosworth, the newest member of the New York Giants linebacking corps, told reporters on Thursday that the Giants and Philadelphia Eagles were the two teams who expressed interest in him.

"Me and my agent have been well aware of the winning program here that they have at the Giants and just the whole situation with the ‘backers and I know the system. So we knew it would be a good fit," Bosworth said. 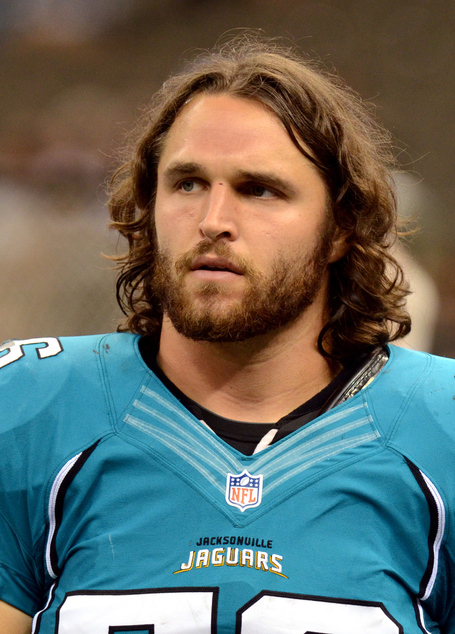 A Jacksonville Jaguars blogger offers his thoughts on the new Giants linebacker.

The 26-year-old Bosworth became a free agent when the Jacksonville Jaguars chose not to tender him. The 6-foot-1, 243-pound Bosworth joined Jacksonville as an undrafted free agent in 2010. He spent his first season in injured reserve, and played 25 games over the past two seasons. He started five games last season and also led the Jaguars with 14 special teams tackles.

Bosworth played on the outside in Jacksonville, but took some snaps today in the middle.

"I can definitely play all the positions. I just got here today. It was my first day of OTAs. I've still got to do a lot of learning in the playbook, but I'm able to fit in with the WILL, MIKE and SAM," said Bosworth. "I'm very versatile. I've played and started. I've been on every single special team, so basically wherever they need me, I'll be able to do it."