News and notes for Tuesday. 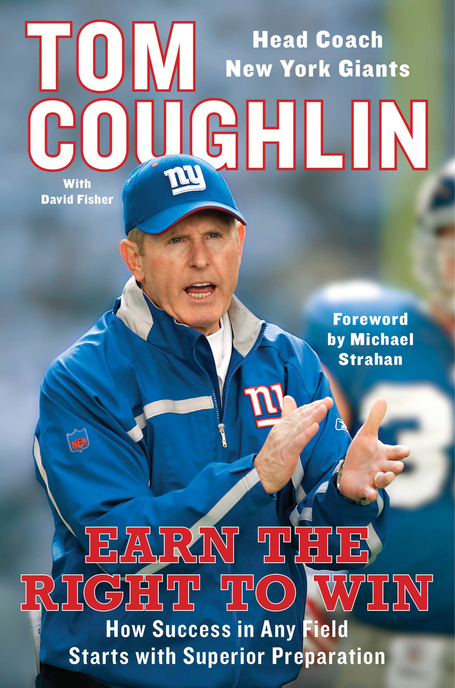 Shortly after his arrival in 2011, Arizona State coach Todd Graham had his staff read a book on former Sun Devil standout Pat Tillman. This off-season, Graham has picked out another book: Tom Coughlin’s "Earn the Right to Win."

"I think it really fits us right now," Graham said. "If you get a chance, just read the beginning of it. Michael Strahan says, ‘Hey, Tom Coughlin, I couldn’t stand the guy. He comes in here, he has all the stupid, petty rules. I didn’t understand why you had to wear the same colored socks to practice. What does that have to do with winning?’ And so it really correlates to what our players went through our first year here and about building trust. Strahan said, ‘When I decided to start taking pride in those stupid, petty rules, that’s when I became an All-Pro and that’s when we won the Super Bowl. I thought it was a great testimony for us."

New York Giants Set to Kickoff OTAs - Yahoo! Sports
As the New York Giants prepare to kick off the final phase of their offseason program -- the phase during which offense and defense can go against each other in seven-on-seven, nine-on-seven, and 11-on-11, no contact drills -- there are several storylines that will play themselves out over the next few weeks. Here's an overview of those.