Osi Umenyiora is not finding the pot of gold he was hoping for in free agency, although there are reports that the Miami Dolphins are interested in the former New York Giants defensive end.

Thus far, free agency has not been the lucrative panacea Umenyiora had hoped it would be. The free-agent market has been anything but bullish for pass-rushing defensive ends.

The NFL is a league built around quarterbacks. So if disrupting the passer remains paramount, why, suddenly, are pass rushers such bargains? A flat salary cap is one factor, as is a deep draft class for defensive linemen. Also, "run stopping" isn't often mentioned as a strong point of the available players.

Before free agency officially began there were some reports that the Atlanta Falcons might be interested in Umenyiora, a 31-year-old nine-year veteran, as a replacement for John Abraham, whom the Falcons released in a salary cap move. In the last couple of weeks, however, there have been no reports of talks between Umenyiora and the Falcons. 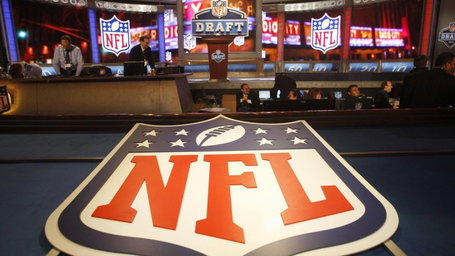 There appears to be a pecking order among the remaining free agent defensive ends, and Umenyiora does not appear to be at the top of it. Abraham, former Indianapolis Colts great Dwight Freeney, and Elvis Dumervil, freed from the Denver Broncos following Fax-Gate, seem to be drawing the most interest. Umenyiora appears to be a secondary option for many of the teams exploring those players.

That, obviously, isn't what Umenyiora was expecting when he hit the market looking for both a big payday and a guaranteed starting job. He may eventually find the starting job, but with free agency dragging on the big payday seems like a pipe dream.

Could Umenyiora find his way back to the Giants? That seems unlikely, although Mike Garafolo of USA Today wrote that it is "not completely out of the question."

Unless he finds no market whatsoever it is hard to imagine Umenyiora returning to the Giants. Part of that is money, since the Giants don't have any to spend right now. Part of that is also ego. The market apparently disagrees, but Umenyiora still believes he is a star. Unless he has no other choice, it's difficult to see him returning to the Giants and accepting a role that would likely be reduced from the one he had in 2012.

Osi Umenyiora Free Agency rumors: Everything you need to know