A 'Kudos & Wet Willies' review of what the New York Giants have done thus far during the NFL free agency period.

The Saturday night signing of tight end Brandon Myers capped off an exceptionally busy Saturday for the New York Giants, who also signed linebacker Dan Connor and wide receiver Louis Murphy. The Myers signing also capped off what was a very intriguing week of free agency for the Giants.

Was it a successful one? Truthfully, we won't know the answer to that until we see how the 2013 season unfolds. We can, however, have an opinion as these moves take place. Around here, we traditionally do that with a 'Kudos & Wet Willies.' So, let's go through what the Giants have done over the past week 'Kudos & Wet Willies' style.

Let's go through each decision made by the Giants thus far, including where appropriate the player lost and the player brought in as a replacement. We will start with Myers and the man he replaced, Martellus Bennett. 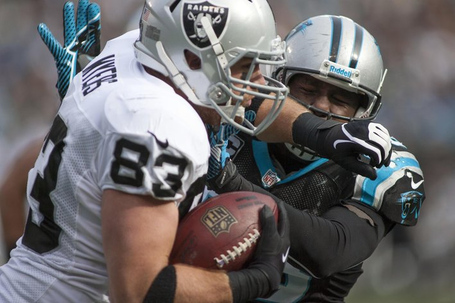 Brandon Myers in, Martellus Bennett Out

Let's start with this. The Giants rarely overpay for anyone, whether that be their own players or those available on the free-agent market. Sure, you can cue the argument that Antrel Rolle is overpaid but considering the need the Giants had at the time, maybe he isn't. Plus, that's an argument for another day.

Bennett had a good season for the Giants in 2012. Good, not great. His 55 catches was a career-high and second on the team. He wanted to be paid like a star, and the Giants declined. The Chicago Bears obliged with a four-year, $20 million deal.

The Giants waited out the tight end market and snagged Myers, who caught 79 passes for the Oakland Raiders last season in his first year as a starter. Myers is a sure-handed underneath receiver and a horrid inline blocker -- worst in the league in 2012 per Pro Football Focus.

Perhaps (and here comes the Kevin Gilbride hatred) this signals the Giants will use Myers more the way they had hoped to use Travis Beckum and less like a traditional tight end. Bear Pascoe and Adrien Robinson, who excelled in a blocking role at Cincinnati, can handle the inline work.

Don't forget to factor in that the Giants got Myers on a one-year, 'prove it' type deal instead of paying $20 million for Bennett. 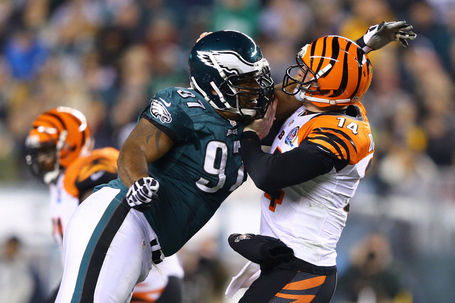 Cullen Jenkins is the replacement for Chris Canty.

Cullen Jenkins In, Chris Canty Out

Canty is still a good player, but considering the knee issues and time he missed last season he was too expensive for the salary cap-strapped Giants. The Giants replaced the 30-year-old eight-year veteran defensive tackle with 32-year-old nine-year veteran Cullen Jenkins.

I don't believe the Giants could have done much better in replacing Canty. Jenkins is superior pass rusher (38.5 career sacks, 16.5 in the last three seasons) to 19 total for Canty's career. His run defense as a 4-3 might be suspect, but let's see how the Giants use him.

Josh Brown In, Lawrence Tynes Out 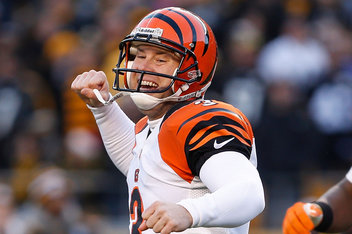 Tynes kicked the Giants to two Super Bowls and, despite his flaws, came through when the Giants needed him most. When his chance at free agency came this off-season he went looking for a payday. The Giants went looking for an inexpensive veteran kicker, and found one in Brown a 33-year-old 10-year veteran.

The plus here for the Giants is that Brown has 29 field goals of 50 yards or more in 10 seasons, compared to only 11 for Tynes in nine years. Tynes (81.5 percent career field goals made) and Brown (81.3 percent) have been virtually identical in terms of accuracy.

Dan Connor In, Chase Blackburn Out 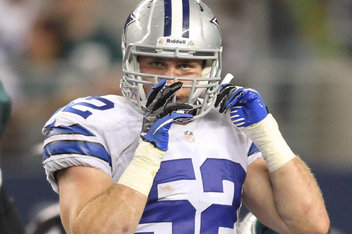 Connor will likely be the middle linebacker.

Let me admit that is is not easy to watch the Giants let Blackburn walk. He is a great story, having come off the street in 2011 to help the Giants win the Super Bowl. He is also an excellent player to have on a football team with the versatility to play inside and outside in a 4-3, and the fact that he is an excellent special teams player. He just isn't a guy who should be a starting middle linebacker, as evidenced by the fact that it took until last season -- his eighth in the league -- before he became a season-long starter.

Connor won't be the second coming of Harry Carson. He might not even be what Antonio Pierce was for the Giants at his best. What he is, though, is an upgrade from Blackburn. Throughout his five-year career he has shown to be a better run defender than Blackburn. while not tremendous in pass coverage the important thing is the upgrade vs. the run. The Giants can always remove him in passing situations. 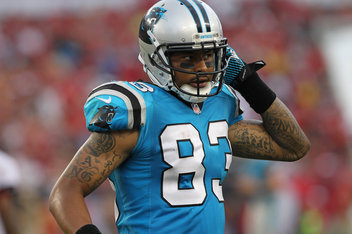 Murphy played for Carolina in 2012.

Barden never became the player the Giants hoped he would when they traded up to grab him in the third round of the 2009 draft. Hixon is a good player whose versatility and production the Giants will miss. Letting him go, though, is an example of how Jerry Reese and the Giants do business. Remove the emotion of how they feel about Hixon and, rather than wait around for him to make a decision grab a replacement when they think an adequate one is available.

Murphy has 115 catches in a four-year career. He provides speed and experienced depth as the fourth, or maybe fifth, wide receiver. This signing reminds me a little of when the Giants brought in Devin Thomas a few seasons ago.

Ryan Mundy In, Kenny Phillips Out 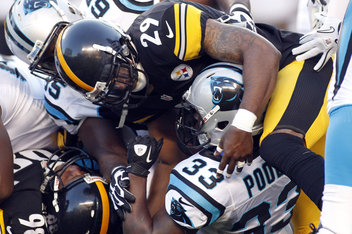 Let's start with an acknowledgment that Phillips has been a superior player to Mundy thus far in their careers. I think we also have to acknowledge, though, that Phillips sounds like he never really intended to return to the Giants. Let's also acknowledge that Antrel Rolle and Stevie Brown were likely to be considered the starters and that as a third safety you have to be able to play on special teams, which Phillips can't do because of his knees and Mundy can.

This was, in many ways, a typical Reese depth/competition type signing. simply add Mundy to the mix with Will Hill and Tyler Sash and see what happens.

Aaron Ross Signing: Ross is not a great cornerback. If he was the Giants would have tried harder to keep him following the 2011 season, and the Jacksonville Jaguars would not have been so quick to discard him after 2012. What he is, though, is a better player than Justin Tryon or Michael Coe, and valuable depth -- especially on a veteran minu=imum contract.

Keith Rivers Signing: I like this move on a one-year deal. Rivers has a quality skill set and can be effective vs. the run and in coverage if he can stay healthy. There really isn't much wrong with him on the strong side and Mark herzlich as the backup when Rivers, inevitably, gets banged up.

Corey Webster Restructure: It wouldn't have killed me if the Giants had let Webster go. He is, however, a guy who had one bad season after several good ones. The Giants are betting he can bounce back.

Shaun Rogers Signing: This one is going back a little ways, but I liked this move, too. There is no risk for the Giants here, and if Rogers has anything left in the tank he can help the run defense as a rotational player.

The Giants have done well in free agency. They have done what they typically do -- bargain hunt, fill holes, look for under-the-radar guys who add depth to the roster, refuse to overspend.

It is hard for fans to let go of players they become attached to like Blackburn, Hixon or Bennett. It is the nature of the NFL, however, and the Giants have done a good job here moving forward after a disappointing 2012 season.