Martellus and Michael Bennett are both unrestricted free agents. The Tampa Bay Buccaneers, where Michael Bennett spent the last four seasons, could be in a position to re-unite the brothers.

Could brothers Martellus Bennett and Michael Bennett join forces for the 2013 NFL season? If they do, that could be bad news for the New York Giants. Both players are unrestricted free agents, and Tampa Tribune Bucs reporter Roy Cummings recently opined that he expects the Tampa Bay Buccaneers, where Michael Bennett spent the last four seasons, to push to bring the brothers together in a package deal.

Martellus Bennett, 26, caught 55 passes for the Giants last season, second on the team behind Victor Cruz and the most in his five-year career, after joining the team as a free agent from the Dallas Cowboys. He is an unrestricted free agent once again, having signed only a one-year contract with the Giants.

Bennett often expressed how much he enjoyed being a Giant during the 2012 season, and recently tweeted "I plan on retiring here" when asked about the Giants. Most reports indicate the Giants would like to retain the 6-foot-6, 275-pound tight end. 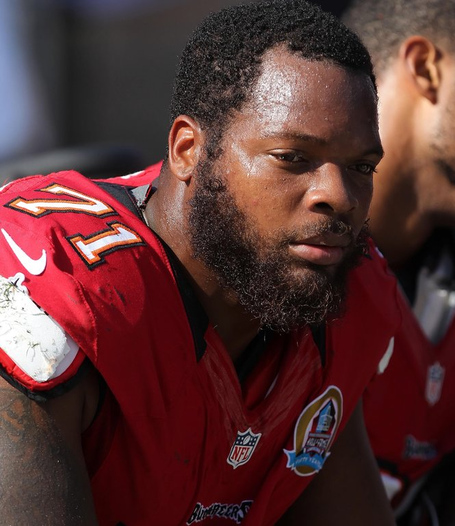 Michael Bennett, 27, is a four-year veteran defensive end who is also coming off the best season of his career. He had nine sacks, three forced fumbles and 41 tackles -- all career highs -- for the Buccaneers in 2012.

With Osi Umenyiora heading to free agency, Justin Tuck being a question mark and the Giants' pass rush not having been up to par last season could the Giants be interested in a Bennett and Bennett pairing of their own? Adding a relatively young pass-rushing defensive end certainly does not seem like a bad idea.

For the Giants, if they are interested in either or both of the Bennetts, the salary cap is a major impediment. The Giants are currently approximately $2 million under the cap and still need to make room to sign Victor Cruz and try to work out deals with Hakeem Nicks, Will Beatty, Kevin Boothe and other free agents of their own.

The Buccaneers are among the teams in the best salary-cap situations. Reports show that the Bucs are currently about $30 million under the cap, putting them in a position to outbid the Giants if they choose. Martellus Bennett might make sense for Tampa Bay, which had 33-year-old Dallas Clark at tight end a season ago.

The cap situation can and will change between now and when free agency begins, but for now this is an illustration of the difficulties the Giants face as they head into the free-agent market.