Jerrel Jernigan has seized his opportunity by playing well in recent weeks. We examine what Jernigan has done in our weekly film session.

The 2013-2014 offseason is going to be a pivotal one for the New York Football Giants. There are questions that need answering all over the roster. Questions about the offensive line, running backs, defensive secondary, linebackers ... Basically all over the roster.

Giants' special teams have been awful in 2013. Will that cost Quinn his job?

Well, wide receiver is no different. With the uncertainty surrounding Hakeem Nicks' impending free agency and the inconsistencies when throwing to Rueben Randle, the Giants certainly could use more answers than "Victor Cruz".

When Cruz went down against the Seattle Seahawks, Jerrel Jernigan got the best chance so far in his three years since being drafted by the Giants to prove that he was worth selecting him in the third round.

He has risen to the occasion, quickly becoming Eli Manning's most trusted and productive receiving threat.

Since stepping in to take the injured Cruz's place, Jernigan has displayed the athleticism that made him, well ... pretty much his team's whole offense while he was at Troy.

For the purposes of this piece I'll be looking at two catches against Seattle's daunting secondary and then two catches that helped to win the day against the Detroit Lions. 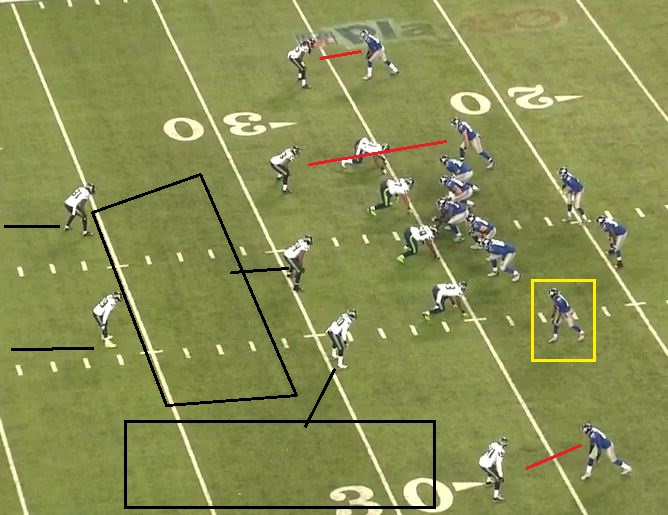 At the start of this play we see the Giants in the shotgun. Jernigan is lined up in the slot with Nicks and Randle outside. The Seahawks are in a base 4-3, with two safeties over the top while the corners are in man coverage on the outside. The linebackers are in zone coverage.

As the play unfolds, Jernigan runs a curl route, settling into the hole in the zone coverage between the outside and middle linebackers. He comes back sharply to create separation with the linebacker. The Seahawks' safety does a good job coming down to make the tackle. However, Jernigan proves too elusive and spins out of what would have been a crushing hit and picks up some more yards. Not only does this play show off his elusiveness, but it also shows off his toughness. Going across the middle against Seattle's "Legion of Boom," Jernigan knows he is going to take a shot. He doesn't let that affect him, and concentrates on making a good, secure catch. 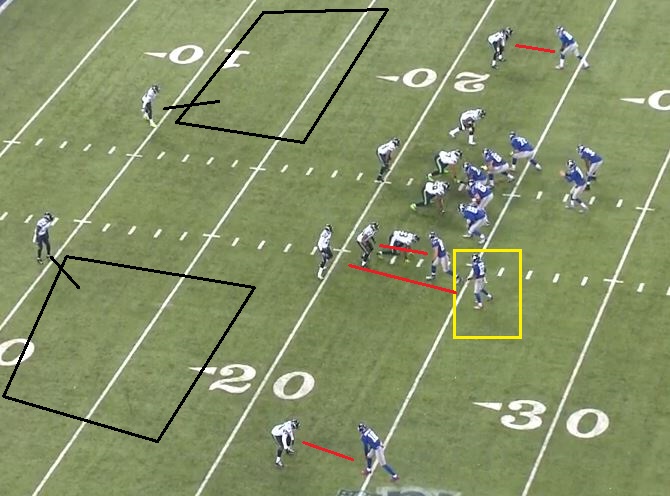 After the snap, Jernigan starts on a quick slant route, but as the defensive back in coverage commits to covering that route, he reverses and pivots to the outside. Jernigan's excellent quickness and sharp cut basically take the DB out of the play while he gets his feet back under himself. Jernigan makes the catch and again uses his speed, quickness, and agility to keep the swarming defensive players at bay while he works toward the sideline to stop the clock. This is an excellent display of agility to make the catch, and nice awareness to find the sideline rather than try to eke out another yard or two. 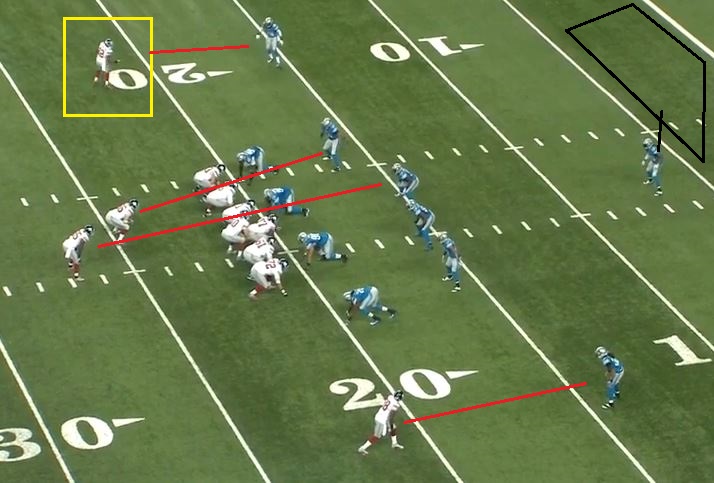 For this play wee see the Giants in a two-back set with Eli under center. Andre Brown and Bear Pascoe are in the backfield while Hakeem Nicks and Jernigan are out wide. The Lions are in a 4-4 set with man coverage on the corners and a single high safety.

The first touchdown of Jernigan's NFL career (again) comes on a post route. The corner is playing off coverage and Jernigan quickly eats up the cushion. His break is sharp at the top of the route, creating separation, and doing so before the safety can get over to help out the cornerback. Once again Jernigan does a good job securing the ball before taking the hit. 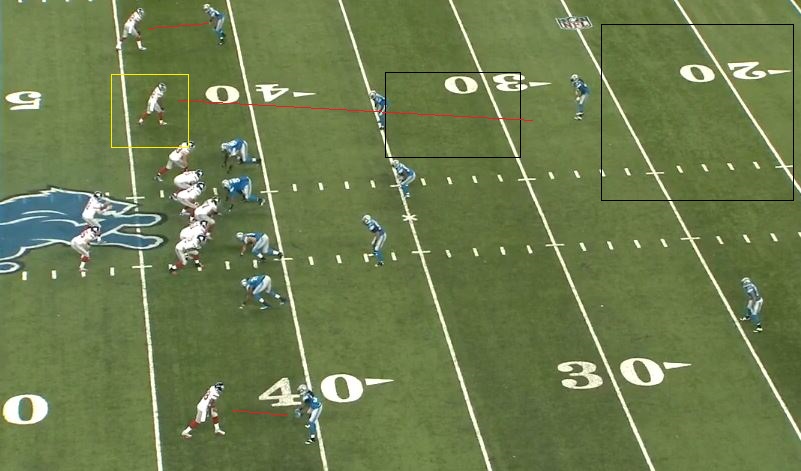 Once again we see the Giants in the shotgun. Jernigan is in the slot with Nicks and Randle on the outside. The Lions are in the nickle with a four-down front.

On a crucial fourth-and-long conversion in overtime, Jernigan runs a simple route and finds a hole in the Lions' zone coverage. He is passed off by the nickle back, however the safety is slow coming down. Eli is a bit off and throws low, forcing Jernigan to slide to make the catch. However that might have also prevented Jernigan from taking a big hit as the safety came down. Once again, very nice work by Jernigan to look the ball into his hands and secure the catch as he went to the ground.

Two games is a limited sample size. No two ways about it (no pun intended). It might be better to think about it as being roughly equal to 20 baseball games (in terms of percentage of a season), but still: It's only two games. However, for Jernigan those two games have been pretty impressive. He has stepped up and made big plays. Hopefully he can finish the season with the arrow continuing to point upwards. In an off-season riddled with question marks, a positive sign, if not an answer, is absolutely needed.