Share All sharing options for: Giants at Lions 2013: Scouting report for Sunday's matchup

Sunday's game between the New York Giants and Detroit Lions has been referred to as the 'Turnover Bowl' with good reason, as it pits the two most mistake-prone offenses in the NFL. Let's break down the matchups on offense, defense and special teams in our weekly Friday scouting report.

When the Giants get the ball Sunday vs. the Lions the situation is simple -- it is going to be a case of cross your fingers and hope for the best.

Hope that quarterback Eli Manning doesn't get killed. He has already been sacked a career-high 36 times playing behind what has been an injured, ineffective, makeshift offensive line most of the season. That line is now in flux again with guards James Brewer (ankle) and David Diehl (knee) dealing with injuries.

'Five Questions' with Pride of Detroit

Getting to know more about the Lions by talking with Lions blogger Sean Yuille.

'Five Questions' with Pride of Detroit

Hope that Manning actually has receivers to throw the ball to. Victor Cruz has been declared out, and Hakeem Nicks has really been missing in action most of the season. Jerrel Jernigan caught a career-high seven passes last week. Maybe Manning can just throw him the ball on every play.

Hope that the Giants can move dominant defensive tackles Ndamukong Suh and Nick Fairley enough with their makeshift line to run the ball at least a little bit.

Pride of Detroit's Sean Yuille expects the Giants could have success throwing the ball down the field against the Lions suspect secondary.

To be successful, Manning would need time and he would need to find the guys wearing the proper uniforms. Neither of those things have happened often enough this season.

One interesting matchup to watch. Giants' rookie right tackle Justin Pugh could be lining up across from Detroit's rookie defensive end Ziggy Ansah, a player who has seven sacks this season and who many hoped would fall to the Giants in the 2013 NFL Draft.

When the Lions Have The Ball

Only the generous Giants have exceeded the Lions this season in their willingness to give the ball away to their opposition. The Lions have turned the ball over 31 times this season, surpassed only by the Giants' ridiculous total of 39 giveaways. Quarterback Matthew Stafford has thrown 17 interceptions, third in the NFL.

Question is, if the Lions don't stop themselves with turnovers how are the Giants going to do it?

The Giants have no answer for wide receiver Calvin Johnson -- not that anyone really has an answer for the 6-foot-5, 239-pound superstar. It sounds like the Giants may try, at least occasionally, to have Prince Amukamara shadow Johnson all over the field. Johnson has 81 receptions this season.

Need gifts for Giants' fans? Use the Big Blue View stores to get everything you need.

Running back Reggie Bush is second on the team with 47 catches. He has 940 yards rushing, and averages 4.8 yards per carry. Of the league's top 12 rushers this season in terms of total yardage, Bush makes the 11th the Giants will have faced. He is No. 11 overall in yards gained. The Giants are 13th in the league vs. the run, giving up 107.4 yards per game.

Justin Tuck of the Giants has nine sacks and is seeking his first double-digit sack season since compiling 11.5 in 2010. Stafford, however, has been sacked a league-low 16 times. 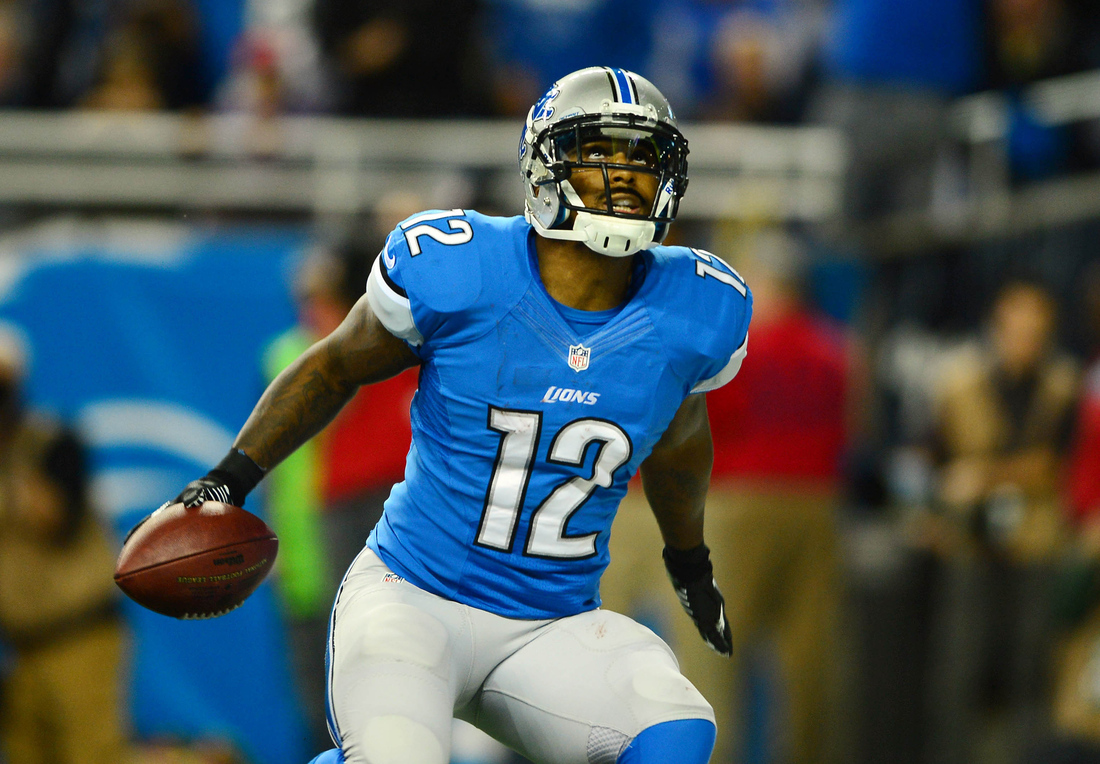 The New York Giants have struggled in kick coverage all season, and Sunday they have to deal with Lions' return man Jeremy Ross. Cut earlier this season by the Green Bay Packers, Ross has been electrifying on both punt and kickoff returns in eight games with the Lions. He has averaged 15.4 yards on 12 punt returns and 33.5 yards on 11 kickoff returns. Ross has a pair of touchdowns, one on a punt and one on a kickoff.

The Giants have surrendered three punt returns for touchdowns and are 31st in the league giving up 13.9 yards per punt return. Punter Steve Weatherford will be challenged to pin Ross to the sidelines and keep him from breaking any long returns.

Who handles kickoff return duties for the Giants is a question mark. Jerrel Jernigan and Michael Cox have split that job in recent weeks. Jernigan had three returns last week for 74 yards, including a 31-yarder.

Giants' field-goal kicker Josh Brown is 18-of-20 for the season. Detroit's David Akers, a thorn in the side of the Giants in past season with both the Philadelphia Eagles and San Francisco 49ers, is a somewhat inconsistent 16-of-21.