Week 16 of the NFL season is time to stake your claim as this year's Fantasy Football champion in your league.

Before I look ahead to the key Week 16 matchups I want to take a look back at who we have to thank for getting us to a championship and who we can blame for virtually ending our seasons.

What a crazy week for quarterbacks.

It was no surprise when Nick Foles topped 400 yards and threw three touchdowns for the Eagles against a banged-up Minnesota Vikings secondary. The big surprise was Matt Cassel keeping pace with more than 380 yards and three combined touchdowns rushing and throwing. Cassel has actually resurrected the fantasy wide receiver life in Minnesota by making Greg Jennings and Cordarrelle Patterson attractive flex plays recently.

When I looked at the Arizona Cardinals traveling to Tennessee to play the Titans last week I did not see a game where I would want to start either quarterback. While I was right with Carson Palmer having a pedestrian day, I was way wrong with Ryan Fitzpatrick as he lit up the Cardinals for more than 400 yards passing and four touchdowns. The big takeaway from the game was that Kendall Wright looked healthy again and Delanie Walker was once again a tight end one when he came back in to the lineup.

The Atlanta Falcons versus the Washington Redskins game was actually one where I could see starting either quarterback. The Falcons' receivers were finally getting healthy and Matt Ryan had looked better of late, but he put up a stinker this week when you compare his output to other quarterbacks around the league. Kirk Cousins on the other hand had the production that we had hoped Robert Griffin III would have put up if he wasn't shut down for the rest of the season. Cousins not only put up big numbers himself, but got Pierre Garcon back into the conversation as week in and week out must start at wide receiver. Now if only Jordan Reed could get over his concussion symptoms to make that passing attack even better for your fantasy championship.

The two worst performances by quarterbacks who may have featured in some semifinal lineups actually came in the last game of the week. Matthew Stafford looked like he wasn't quite over the snow game against Philadelphia as he became the poster boy for bad quarterback mechanics against the Baltimore Ravens on Monday. He was dancing around the pocket and throwing the ball sidearm as if he was playing a beach game with his buddies and not playing on Monday Night Football against the World Champions. Joe Flacco on the other hand did his best impression of a quarterback that thinks that field goals are actually better than touchdowns. The Lions have been a nice match up for opposing quarterbacks this year, but that didn't prove to be the case for Flacco as he failed to hit Torrey Smith regularly and didn't get Dennis Pitta involved enough.

If you went against Jamaal Charles in the semifinals this week I feel very sorry for you. When you're going against a player who is having his performance compared to Gale Sayers' epic six-touchdown game you know you're in trouble. The funniest thing about his whole day was he wasn't even the leading rusher on his team. That went to Knile Davis who finished with only 34 yards, but did score a touchdown.

Eddie Lacy and DeMarco Murray were unbelievable as they matched up in Dallas. Both ran for more than 130 yards and a touchdown, but it was Lacy and the Packers who came out on top. Who knows how fantasy matchups would have worked out if the Cowboys had actually tried to run the ball instead of throwing two costly interceptions late.

Two running backs who disappointed were the the Giants' Andre Brown and New England's Shane Vereen. While Brown had a tough matchup on paper it actually shouldn't have been as difficult as the Giants made it look. Teams had been able to run the ball against the Seahawks this year, yet the Giants could not find any running room. The Miami Dolphins decided to take Vereen away from the New England Patriots and that hurt a lot of fantasy owners. Vereen has been a PPR monster lately, but most likely cost you a trip to the finals with his meager day.

Enough looking back, lets look ahead to this week's schedule and see who we will be thanking for winning us a championship.

Peyton Manning had his worst day of the season this past week, but he should bounce back against the Houston Texans to solidify his status of fantasy football 2013 MVP.

Nick Foles will most likely be involved in a shoot out against the Chicago Bears this week and I would feel very comfortable with him at the helm. This might actually be the time for me to eat some crow as I have been very reluctant to put Foles over Brees in any of my rankings, but it's better late than never. Foles is a great play this week. If you have him in your lineup I would be very comfortable.

Did you see Alex Smith throw five touchdowns last week against the Oakland Raiders? Well if you missed it Phillip Rivers might show you an instant replay this week. Rivers and the Chargers should be able to throw the ball all over the field against the Raiders and I just hope the Raiders can make a game of it so that Rivers doesn't have to take his foot off the gas.

Cousins gets the Dallas Cowboys this week and just in time to possibly win you a championship. While Cousins has a low floor because of his small sample size and questionable receivers, apart from Garcon, he has an extremely high ceiling going against the Cowboys defense.

The last quarterback I would like to have starting this week is Andy Dalton of the Cincinnati Bengals. You might be surprised by the fact that Andy Dalton is the tenth ranked fantasy quarterback though week 15. This week he gets to face the Minnesota Vikings in a very important home game and I expect him to put up numbers similar to what Foles put up last week.

[NOTE: If Aaron Rodgers is cleared to play this week he immediately becomes my second-favorite quarterback for this week]. 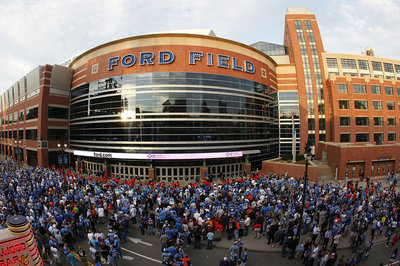 LeSean McCoy and Charles have carried you this far and they will probably carry you to a championship this week. Both have nice matchups, with McCoy benefiting from facing a terrible Chicago Bears run defense.

While Frank Gore had a very average day last week against the Tampa Bay Buccaneers, I expect him to run over and around the Falcons this weekend.

The Washington Redskins and Dallas Cowboys should both feature fantasy running backs who will score a lot of points this weekend when they face each other. Alfred Morris and Murray have each been hot and cold this season, but this weekend should prove to be one of their best days.

If you're looking for a high-ceiling boom or bust guy I might be willing to put C.J. Spiller back in my lineups this weekend. He hasn't produced since he ripped the Atlanta Falcons in Toronto, but the Miami Dolphins going into Buffalo might be his chance.

What more can I say about Josh Gordon? He is incredible. This week he gets a New York Jets secondary that has been torched all season. It's no coincidence that when you look at the two teams in any championship game that Gordon will more than likely be on one of the rosters.

I absolutely love A.J. Green this week. He is truly poetry in motion when you watch him play the wide receiver position and he gets a secondary that was exposed by DeSean Jackson last week. Everything points to a huge day for Green.

Jay Cutler is back under center so you know that bodes well for Brandon Marshall. Marshall saw 12 targets last week while his running mate Alshon Jeffrey only saw five.

Demaryius Thomas had a rough week last week, but I think Peyton Manning will want to get him involved early and often against the Houston Texans. I am very confident that we will get an A-typical outing from Demaryius this week.

Jordan Cameron is going through the concussion protocol after being diagnosed with one on Monday. He is in real danger of missing this week's game and you should loo to the waiver-wire for reinforcements. The only bad thing is your waiver wire may have been picked clean by the teams that lost Rob Gronkowski or the teams that made pick ups to block the Gronkowski owner from getting a certain tight end.

The main names that should be available in your leagues, and that I would recommend, are:

Zach Ertz of the Philadelphia Eagles has become a favorite red zone target for Nick Foles in Philadelphia and has a nice match up this week against the Chicago Bears.

Andrew Quarless of the Green Bay Packers has had back to back nice weeks, but his value would really spike if Aaron Rodgers was able to play this week. I'm not sure I could set a championship lineup with Quarless as my tight end this week.

The big situation I am looking at for a replacement is in Houston where Matt Schaub is back as the signal caller. If Owen Daniels or Garrett Graham are able to go this week than they are my main waiver wire targets.

Larry Fitzgerald suffered a concussion last week, but Bruce Arians expects him to play this week. I wouldn't be too excited about getting him back in my lineups as he is facing he Seattle Seahawks this week.

Ben Tate of the Houston Texans is headed to IR and it looks like Dennis Johnson will take over at runningback there. I wouldn't put Johnson in a lineup unless I was desperate because of injuries.

If Maurice Jones-Drew can't go this week Jordan Todman will actually be someone that I would be excited to have in my lineups. Todman proved that he could handle the load last week as he rushed for more than 100 yards and was very useful in the passing game.

Rueben Randle and Robert Woods could be forced into a feature wide receiver role this week. Randle will have to play in Victor Cruz's place because of injury while Woods will become the wide receiver one in Buffalo because Stevie Johnson will be in California because of a death in his family.

League one saw both favorites fall in the semifinals. Pataroon's Team and CasanovaWong both lost their semifinal matchups, allowing Billy Gould's Phoenix Big Blue to face me in the final.

League two was a different story as both the first-place team and second-place team in the regular season made it to the final. I will be facing Marcus Longridge's Muarcus's Longshots in the final.

Since I am not eligible to win the prize of the free subscription to Football Guys Insider the winner will be decided by the highest score between Marcus's Longshots and Phoenix Big Blue if neither win a title.

I just want to thank everyone for reading my fantasy advice this season and hope it helped you win a championship. Let me know which, if any of my recommendations helped you win your home leagues.

Feel free to ask me any start/sit or trade questions on Twitter @Coachesseror by messaging me on Facebook by liking Coachesser’s Playbook. You can also read my articles at www.coachesser.com and listen to the definitive fantasy football podcast on Itunes or Stitcher Radio by subscribing to the Trick Plays podcast hosted by Micah James (@FFMagicMan) and myself.