The deeper the New York Giants sink into oblivion during this forgettable 2013 season the better position they will end up with in the 2014 NFL Draft. Currently, the 5-9 Giants have the 11th overall pick, according to calculations from SBNation NFL Draft.

The Tennessee Titans and Buffalo Bills are also 5-9, but both would currently pick ahead of the Giants due to strength of schedule. 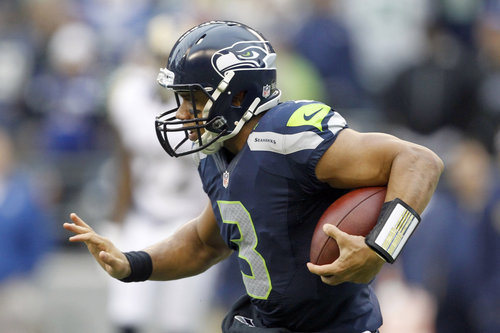 Complete coverage of Sunday's game between the Giants and Seahawks.

In the most recent SB Nation NFL Mock Draft Dan Kadar had the Giants in the 14th slot, and had them taking Alabama left tackle Cyrus Kouandjio.

After what we have seen this season the selection of the best offensive lineman on the board when the Giants pick, regardless of position, would be hard to argue with.