How will the Giants fare Sunday vs. the Seattle Seahawks? Here's one prediction.

The New York Giants have promised to give their best effort the rest of the way despite being 5-8 and already eliminated from the playoffs.

"Obviously we still have three games to go, starting obviously with the No. 1 team coming here to our house. We've still got a lot to play for," said Giants' defensive end Justin Tuck. "For us, it turns to going out there and being accountable for what we need to do and that's to try to win these three and go into the offseason with some kind of respectability." 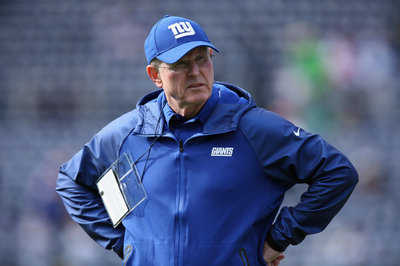 Complete coverage of Sunday's game between New York and Seattle.

Question is, would even the Giants' best effort be enough to propel them past the 11-2 Seahawks? The Giants appear to have no advantages over the Seahawks, unless you count the 1 p.m. ET start, traditionally difficult for teams coming across the country. Tuck called the Seahawks "arguably the best team in the NFL," and is something the Giants have been far from being this season. Very far.

In years past, this would have shaped up as a game where the seemingly outclassed Giants would rise up and pull off an improbable victory. This year? The Giants are outclassed -- by a wide margin -- and under the circumstances, with nothing but personal pride to play for, I see no way the Giants pull off the upset. The Seahawks are seven-point favorites, and it wouldn't shock me if Seattle wins by two touchdowns or more on Sunday.

Sorry, Giants' fans. Seattle is better across the board, and they will show that on Sunday.