Perry Fewell: It's up to Prince Amukamara to become 'elite'

Share All sharing options for: Perry Fewell: It's up to Prince Amukamara to become 'elite'

One of the most oft-discussed topics over the past few years has been whether Prince Amukamara of the New York Giants could and would live up to his billing as a first-round draft pick.

Amukamara battled injuries for the majority of his first two seasons in the league, but this year the cornerback has been healthy, effective and arguably the Giants' most consistent pass defender. 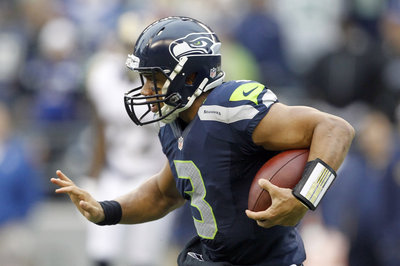 According to defensive coordinator Perry Fewell, Amukamara has made steady progress throughout his third season. And while there's still room to grow, he's on the verge of becoming a great corner.

"Prince has been steady and consistent throughout the season, not as up and down as he was in the past," Fewell said. "He's grown up a little bit as the season progressed and his career progressed. We still have things he needs to work on and be better at, (but) he's played at a steady rate for us."

Then, as always, there's that "elite" category we all speak about.

Players such as Peyton Manning and Tom Brady are mentioned among the NFL's elite quarterbacks, and then people mention Eli Manning and his two Super Bowl rings, and of course the debate begins.

Asked if Amukamara is going to break the threshold for "elite" cornerbacks, Fewell said that it was simply up to the player.

"That's up to Prince because ... to become that elite cornerback (it) has to do a lot with your film study and what you do in the offseason and the notes you take and how diligent you are about studying offenses and acquiring information that you can make that quick decision on the field," he said.

"Another great offseason -- because this was his first offseason he practiced without being injured -- and as he learns and continues to grow and develop, he's gaining confidence every day and the game is going to start to slow down for him more and more, and he's just going to get better and better."

On the field Sunday will be an elite cornerback, Richard Sherman, but Amukamara of course won't be responsible for shadowing him. He'll be tasked with watching Russell Wilson, the Seattle Seahawks' second-year signal-caller who has piloted his team to the No. 1 seed in the NFC.

The New York Giants have faced a handful of mobile quarterbacks this year, among them Cam Newton, Robert Griffin III, Michael Vick and Terrelle Pryor, but Fewell said Wilson has his own style.

"He has a lot of poise," he said. "He doesn't seem to panic and has great vision down the field. He can get on the perimeter, see the entire field, he can start to escape and run the football and if somebody comes open he can dump it off. It seems like his eyes are always down the field and he's always looking to find the open person.

"He has a little difference style because of his vision down the field. He can scramble, do the things that other guys that have played against us. But it seems like those other guys we can play, if they run they look to run. Wilson can right and throw right, run left to throw left, (and) that's unusual. He puts his body in some unusual position and he's able to make the throw. He's very talented."